Survival Arena is a new era of the classic "labyrinthine" Tower Defensе: players collect and improve their deck of cards from numerous defensive towers and spells, defend the base from hostile units, build mazes and compete both at their best score in various PvE and against each other in a variety of PvP on any platform.

Everyone can try the game - Survival Arena is available for free in App Store, Google PlayWindows Store for Windows 10, Amazon App Store and Galaxy App Store.

"The best Tower Defense games have always been those where the player chooses the path of the enemy units himself," says Maxim Donskih, president of Game Insight. "We used this classic gameplay as a starting point to create something completely new. Survival Arena is the only Tower Defense game with true real-time PvP where PC and smartphone users can fight against each other. We've reinvented the tower defense genre and taken it to a whole new level. 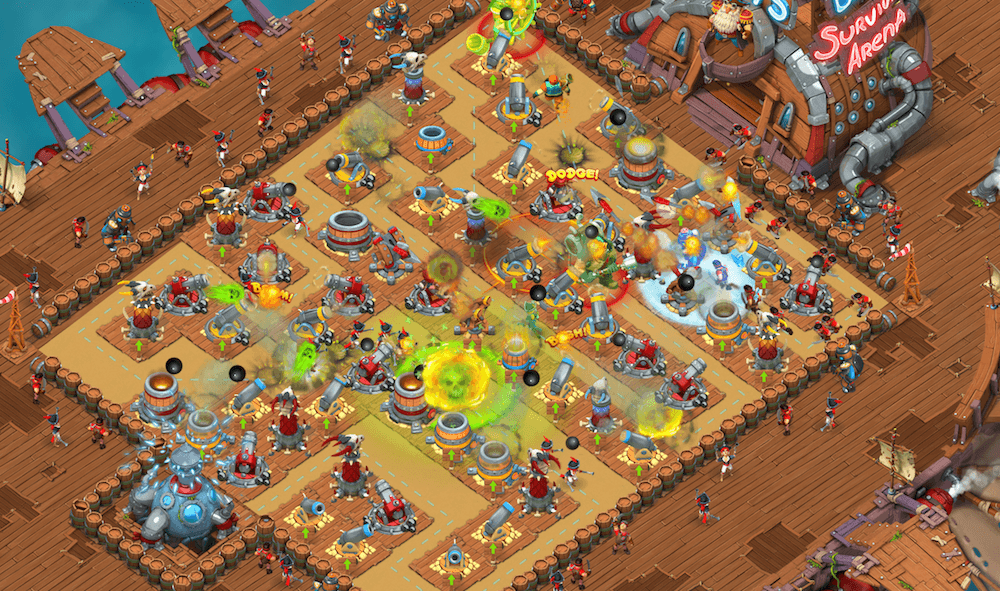 Survival Arena is the first game in the industry with deep integration of interactive streaming. This allows viewers on Twitch, Beam, and other platforms to participate in streaming: viewers can help or hinder the streamer, place towers, trigger additional waves of enemies, and select random buffs or debuffs right from the chat window. Initially the interactive mode is available by invitation, but will soon be open to all players.

Very soon the game will have new content: a new race of Lizards, 2vs2 battles, as well as cooperative clan mode battles with powerful bosses.