[UPDATE]: By the way, if anything, it has already appeared in the App Store DOTA Underlords from Valve, you can start downloading!

Released this week, Auto Chess: Origin (more commonly known as Auto Chess Mobile) has every chance of becoming the next mobile cyber sports discipline. What's interesting - the game was actually available on mobile devices a few months ago, but only now the moderators of Apple have allowed the game to be published on iTunes. Download Auto Chess Mobile in the App Store.

Let's start with the fact that Auto Chess is a custom map, which is available for download in the DOTA2 Workshop. The developers of the map presented characters from the popular MOBA in the form of chess pieces, leaving them with only one magic, which is applied under certain conditions. Players assemble characters by class and race, getting boosts for combinations, and fight their pieces against each other. The player who survives the most number of rounds wins. Despite its apparent simplicity, the game was quite challenging - some players admit that Auto Chess replaced Hearthstone, which is going through a bad time. The format turned out to be very convenient for the mobile version, but we never waited for the release of the "port".

The developer of Auto Chess Mobile was the Chinese company Dragonest, which kind of made its own version of the game without the permission of Valve, leaving similar characters, but changing their names. But strangely enough, Valve liked the Chinese version, and the company allowed the developers not only to publish the game, but also promised all help and support in the future. This is, perhaps, one of the rarest cases in general in the game industry, when the creators of the "fake" liked the "original". And so we got an "above average" quality product - made well, but the translation is lame. And what's interesting - so far in the network there was not a single normal guide on the game. We have to fix the situation on our own, we hope that it will help you.

How to play Auto Chess Mobile

The battlefield is a full 8x8 chess board, 8 players participate in the game, each player has 100 life points from the start. Before the very first round we are given the opportunity to choose one of five characters - they, as we said, differ from each other in appearance, cost, race and class. With each new round the characters available for purchase will change - they, by the way, can be re-selected for a certain extra cost. So, if you combine races and classes of characters, they will receive buffs to help in combat. Once you've put your first character on the board, he begins to fight the "lefties" - essentially creeps from DOTA2. As your experience increases, you'll be able to put more units on the board - a maximum of 10.

By the way, the characters here are divided by rarity - from the easiest to the legendary. And characters can also be upgraded - three level 1 characters are upgraded to level 2, and then to level 3. These units have high levels of health and attack, and use enhanced magic. Purely subjectively, quality > quantity, but a lot depends on the draw list here, since one S-character can easily kill two A-characters. But, again, by feel. 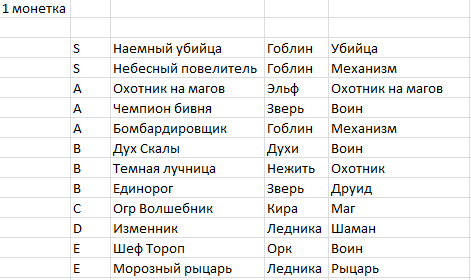 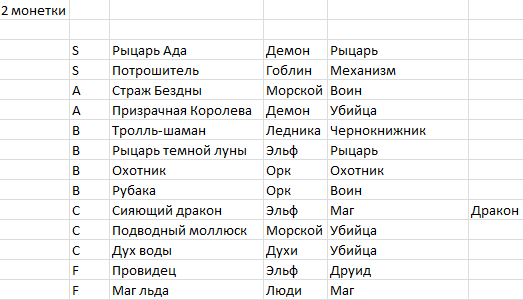 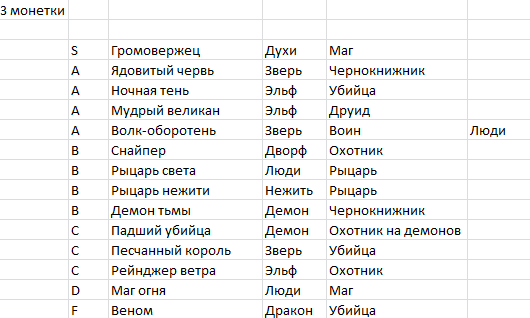 And a little sorting: 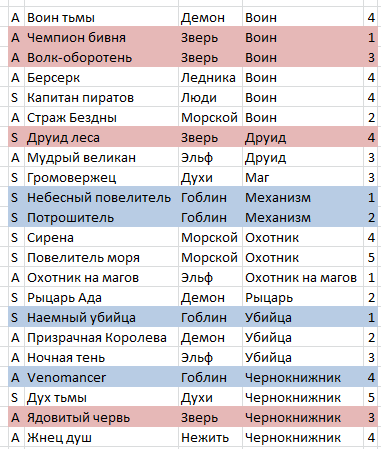 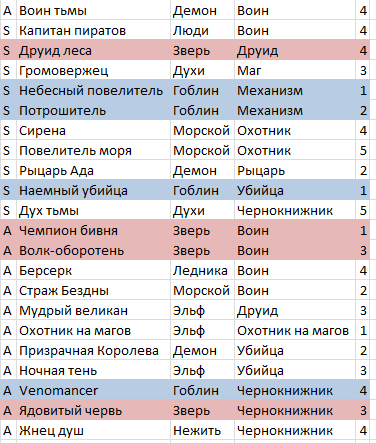 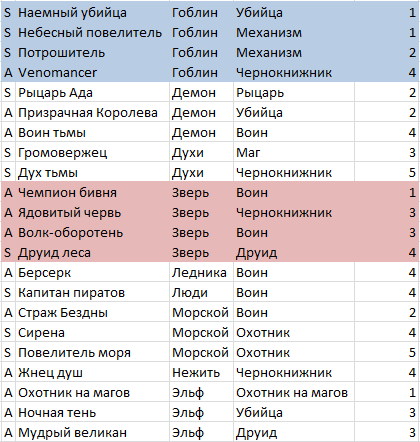 Since the game's characters are randomized, there is some risk that you won't be able to physically gather the pool of units you're counting on. That is, you can get the characters from C, D, E, you won't be able to stay in the top, you will lose the first fight with a random opponent (round 4), and then you will be systematically drained by stronger combinations. So for now we see two real tactics in Auto Chess Mobile - either you get a strong pool of units from the start, or you play from the shooting list. We'll try to explain what those are.

Since the top pool of characters at the start are goblins, we need to collect them in the first place. So if you get a Hired Assassin or a Celestial Overlord, you should take them first, since they are S-units. If you don't have them, it's better to take Tusk Champion or Mage Hunter, because they will help you to haul some damage in the first rounds. The rest of the characters we don't consider in principle - Bomber won't provide enough fat, the others won't be able to do the proper damage. Some people take Chief Thorop because he's an orc, and they add 250 hp to the combo, but orcs aren't at the top right now.

Ideally, you should assemble an Assassin (single target damage), a Heavenly Lord (health), a Bomber (damage), and a Ripper (area damage + health). Such a team will cost 5 coins. For a small cost, we get a powerful squad that fights steadily until mythical creatures appear. Then they need to be either dumped or purposefully upgraded to level 3, otherwise they will lose to better units in damage and health.

As another option, it's interesting to try the beast combination, but it's a mid-game strategy. But you get three A-Teers and one S-Teer character worth 1, 3, 3, and 4 coins, which is enough for a good buff and normal damage. But, again, you have to live up to this combination.

A less "vital" tactic is 6 warriors, which are also sort of very strong - one S-tyr character and five more A-tyr characters. It's already a pure life-game, the team will have the strongest potential, and due to the 4 coin cost of half the squad you'll have a better chance of finding the right units without additional rolls. But, again, you have to live up to that.

Some players on the internet suggest assembling a combination of men or knights - as you can see from the dash list, knights are not as effective.

In that case, we just open the draw list and start taking characters from draw-S, A, B. Sooner or later the bad streak should end, and we need to adjust to combinations. Don't keep regular level 2 characters if there is a better limit, and feel free to discard them.