About a week ago, Madras Games studio debuted their game Samosa: Runner Gunner for iPhone and iPad. The game, which is usually sold in App Store for 1$, can be downloaded for free today. But hurry - the discount is limited! 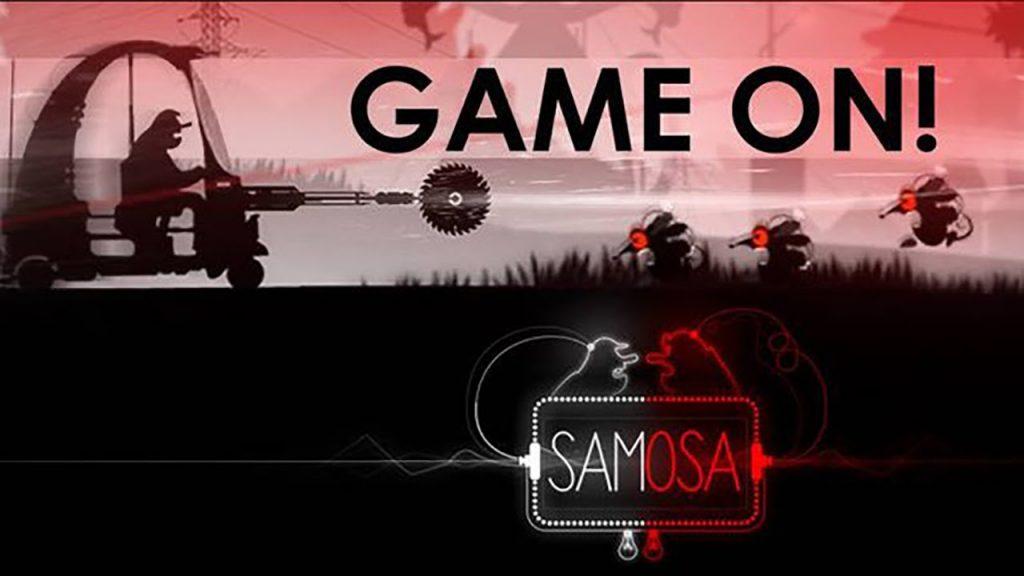 The name of the stylish shooter consists of the names of the two protagonists: Sam is an ordinary driver, who has to rescue his best friend chicken from the clutches of the evil scientist Wasp (the second protagonist) (and you heard right - chicken.) Samosa: Runner Gunner is quite interesting in its gameplay and attracts with its gloomy graphics. The game is done in black and white graphics with the use of red hues, which looks quite fresh.

The levels in Samosa: Runner Gunner are short, but very intense. Sam will have to overcome hundreds of obstacles created by the evil genius Samosa who wants to take over the world. The game has 40 different levels, divided into different locations: country town, forest, ocean, metropolis and sky, and five bosses that appear in every last level of the location.

At first, the protagonist's arsenal includes a machine equipped only with a cannon. As he progresses through the levels, he gets a circular saw, and then he gets spells. These spells can perform various tasks that Sam needs to fight evil. You can take a maximum of three spells and weapons per game level.

A kind of Samosa slogan: Runner Gunner: "Easy to play, but hard to master. Check out your skill and reflexes. It's a game you'll want to play to the end.Hurry up and download for free on the App Store