Plague Inc. game appeared quite a long time ago, back in 2012. But it still remains an interesting strategy with elements of horror, because the main goal for the player is the destruction of the population of the earth by means of deadly viruses. There are several strategy options to choose from: bacteria, virus, fungus, parasite, prion, nano-virus and bio-weapon. Collected as much information about the game, and told how to play it, as well as wrote tips and secrets as possible to properly destroy the population of the planet. We got a kind of walkthrough guide for the game Plague Inc.

Download Plague Inc. from the AppStore for free in Russian for iPhone 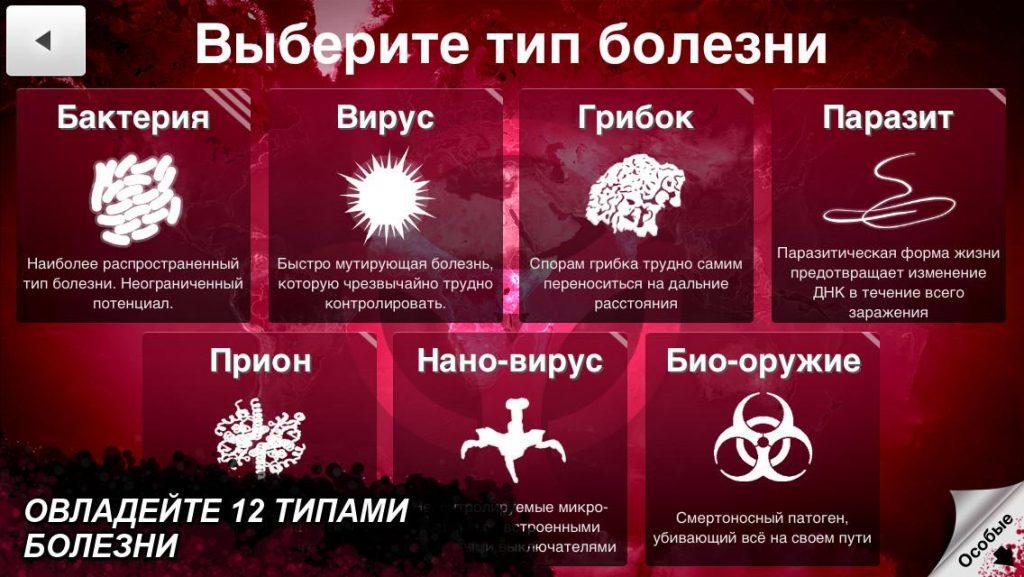 How to play the game?

The essence of the game is to wipe out all of humanity with a variety of virus strains. The manufacturer of this strain is you. All mankind acts against you and fights the virus - medics come up with vaccines, close down airports and entire continents so that the infection doesn't have time to spread. Your task - to go one step ahead of those who are trying to find an antivirus. You have to remember that every virus, bacteria, parasite and so on has its weaknesses and strengths that you need to use. This is what the whole game is based on. Now for tips on secrets and other tricks. If you learn anything new, write in the comments.

How to win in Plague Inc.

There is no exact recipe here that will allow you to win every time you start the game, because Plague Inc. sometimes depends on randomness. More precisely, it depends on what mutations are happening to your strain right now, what country you started with, and how quickly you react to certain countries. The main task is to infect as many people as possible (before the message "no more healthy people left" appears), and then methodically develop skills aimed at the lethal outcome. If you don't infect all the people, the game ends exactly after the last infected person dies.

The peculiarity of using the bacteria is the average rate of mankind being affected, with almost no obvious symptoms of the disease. Remember that resistance to the bacteria leads to a longer period of time to develop the vaccine. The tactic in this case is to  in the development of symptoms like coughing and vomiting. Next, it is necessary to increase the resistance to the third level. Then the disease will spread quickly and the cure will not have time to be created. The best place to start is with China.

Strategy for Bacteria in Plague Inc.

The most enjoyable thing about playing for a virus is the development of signs of disease without wasting points, the constant mutation of cells. Therefore, the virus takes different forms, and money is deposited into the player's account for the removal of the signs. The main feature is an unstable condition, the inability to control some symptoms. We should start with Saudi Arabia, oddly enough - the strategy we will give works even at the complex level without genes.

The strategy for the virus in Plague Inc.

With the fungus, people will become infected slowly and the spread to new countries is difficult. The main feature is the explosion of spores when the disease suddenly appears in a new country. And when spores erupt, populations in five countries are affected at once, but this only happens at the fifth level. The best part is the intense infestation, where the fungus appears in a new country every minute. This is possible, after the eruption has developed.

Parasites give almost no symptoms, so it is impossible to detect them in the host, which increases the chances of transmission. The main feature of the parasite is its symbiosis with the host. The basic tactic is to pump the symbiosis up to level three, developing cough and vomiting. Next, you can follow the pattern with fungus and viruses.

Prion is an infectious-type protein pathogen and affects the human psyche, so it takes a long time to develop a cure. The main peculiarity is amitrophy, which for a long time does not allow to pick up a vaccine. The development tactic is simple: pumping the transmission pathways, amitrophy to the third level, study and development of symptoms.

The nano-virus in the game Plague Inc. appears suddenly, from an experimental laboratory, so humanity knows the genetic code to develop a vaccine. The qualities of nano-viruses:

The tactics of the game when dealing with a nano-virus are to intercept part of the code, stabilize the elements, pump up the propagation pathways, develop symptoms, and use protection against treatment.

The bio-weapon in the game is released randomly, but destroys everything in its path, the lethality increases as the game progresses, and the main task is to infect people soon. The main features are gene compression, neutralization, high contagiousness and severe course in the sick. 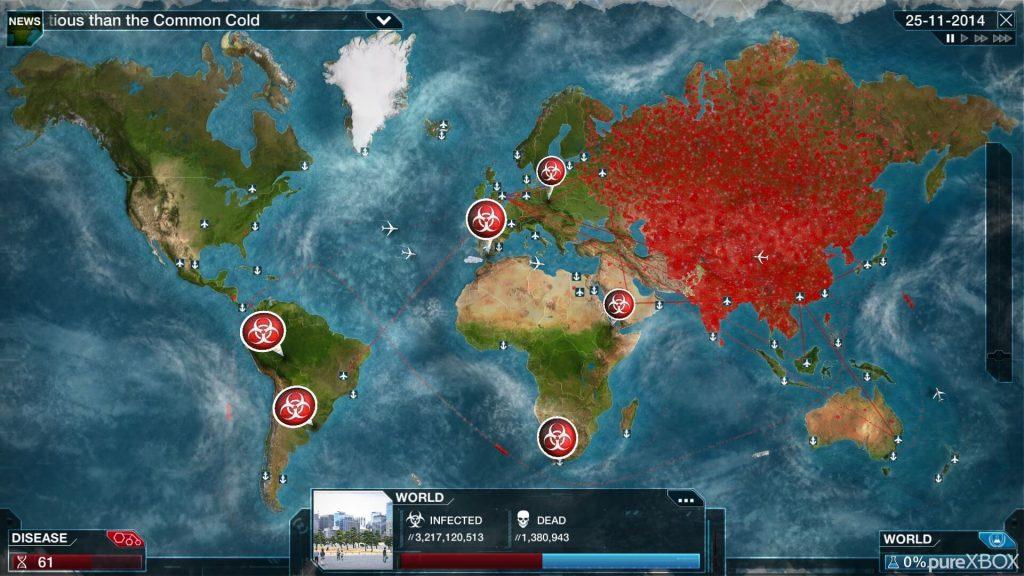 Before starting the game and choosing a weapon, remember a few tips:

When choosing one or another microorganism, consider their characteristics:

A few tricks and tips on playing Plague Inc.

Despite the differences in microorganisms, there are a number of general recommendations for the development of disease:

Using all of the above tips, advice, and guide, it will take you minutes to wipe out the entire population in the game Plague Inc.