Since the announcement Pico Tanks I was really waiting for the game to finally appear. The thing is that the developers from Panda Arcade have managed to create a win-win combination that evokes something boyish - tanks will never cease to be relevant, and even in such pleasing to the eye drawings, and with team battles as well. But there's nothing new in Pico Tanks, because it's just a remake of Brawl Stars, with another theme. Of course, the developers didn't brazenly steal the whole concept and added something "from themselves. Now let's see if the product is self-sufficient. 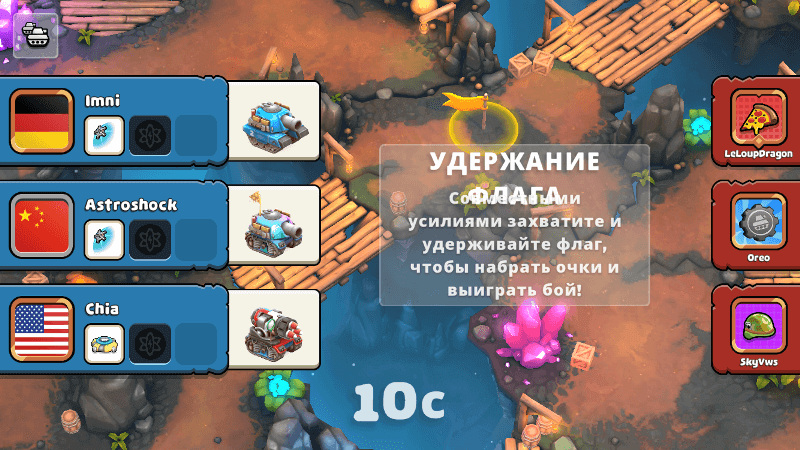 In general, Pico Tanks is a 3x3 multiplayer game in which we control one tank. Our task is to perform the required actions of the game, whether, for example, capturing and holding the flag, or destroying as many enemy units as possible. The tank can drive on rough terrain, break crates and fences (traditionally the left joystick is responsible for this), and shoot in the specified direction (with the right joystick). You can shoot three times, and each shot has its own kuldown. It's not necessary to aim - just press the right joystick and the tank will shoot at the nearest enemy (or rather, at the place where he was at the moment of the shot). All this should strongly remind the gameplay of Brawl Stars, so Panda Arcade has not invented anything new for the mobile game industry here. 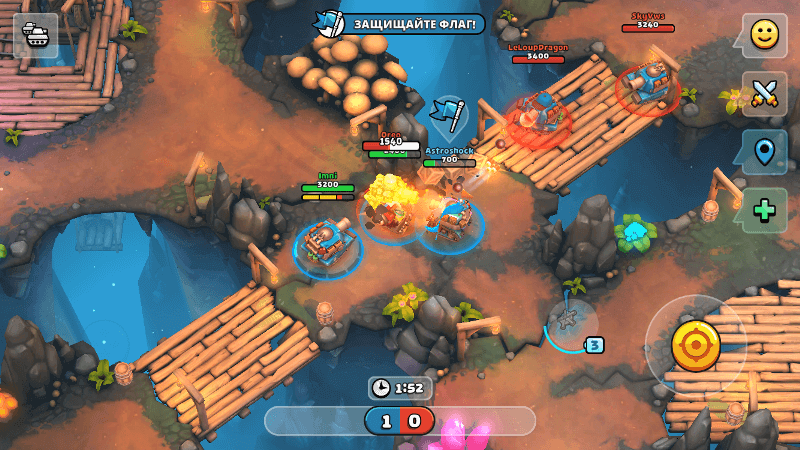 And here's what happens outside of the game battles - you can improve the tank: change its "base" and "turret". Details will be opened when you reach a certain division (by the way, all battles go directly to the rating), special skills that can be applied in battle, too. If you want, the tank can be painted, but the paint also opens under certain conditions. At first it will be hard to distinguish between their own tank from the "others" and "their own", but some signs of distinction still there. Fall details from the chests, which are knocked out during the game - won the battle (20 nuts) or lost (10 nuts). Either way, the chest opens only when you get 100 nuts. In short, the developers have done everything to ensure that your game sessions are not limited to 5-10 minutes. 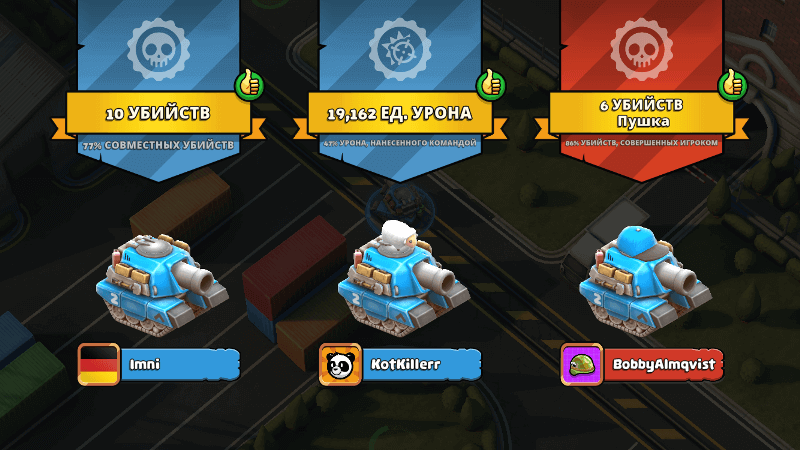 As you can see, the differences appear only in the customization, but you need to play enough time to knock out a normal device. You can earn money by completing tasks (daily and "important"), or by donating a certain amount in the store. Clans have not yet imported - you can cooperate with friends and correspond with them, but to find the same "tanks" so far can not. Let's hope that in the next patch this unfortunate oversight will be corrected.

So if you don't want to play Brawl Stars (and there are some), or you like tanks in any form, or you like graphics / gameplay - then feel free to download Pico Tanks. I, by the way, also belong to people from this list, and therefore occasionally play tanks. So far, only in these - so far "not mature enough" to fully-fledged tanks.