While waiting for mobile Diablo, we want to brighten our time with something similar. Not so long ago we discovered a game called Eternium, and it is, in the opinion of our editorial team, another bearable Diablo. With its peculiarities, of course (of course), but in a mobile game they look, as they say, in their place.

To be honest, I don't want to understand Eternium's storyline, especially since the plot is traditional. Although it is worth noting that Diablo has a cool lore, which draws in like a fantasy novels, but it is created artificially, not the storyline of the game. That's why the plot of the first part, I think, passed by many players, and to understand the relationship of humans, angels and demons of Sanctuary became only those who call themselves fans of the series. It's enough to know that we are a hero who will cleanse this world of filth by completing various quests.

The appearance of Eternium looks closer to Diablo than to Torchlight - harsh gothic motifs, but in a lighter variation. This, of course, is the peculiarity of mobile gameplay - the user more closely accepts the appearance of the game, if it is characterized by cartoonishness. But in general, Eternium is not outstanding graphically - on closer inspection you begin to understand that the monsters here are not scary, more like plastic stumps, as well as the other characters, including the protagonist and NPC. But it's not because of the graphics, so in this part we try not to pick on them too much. But it doesn't work - after all, we choose the game first with our eyes, and only then because of the gameplay. 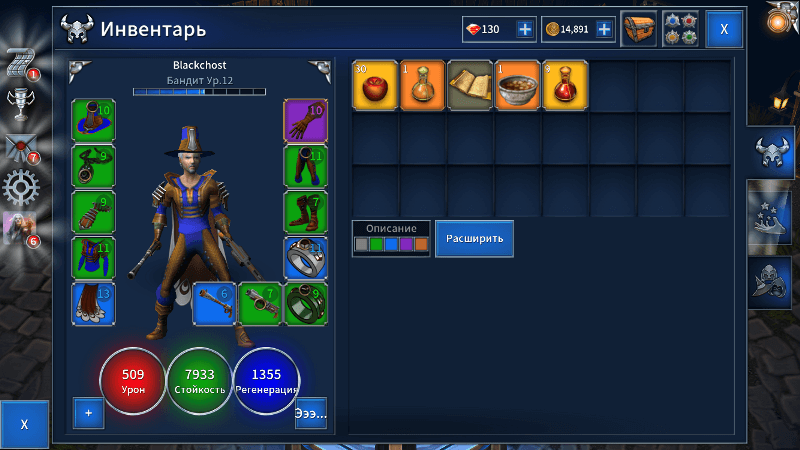 The gameplay in Eternium, by the way, is very monotonous. But if in the same Diablo the chain "kill monsters - find loot - sell unnecessary - kill monsters" does not get bored over time, in the mobile version of Diablo the gameplay gets bored after a dozen or two minutes. It seems that the problem is the monotony of locations, monsters, as well as in the simplicity of the missions, which do not even want to understand - went to the direction indicated, a couple of minutes already killed the boss, and by accident.

The controls here are old-fashioned, tap-based - we press the screen and mimic the LKM. To cast spells, you need to draw the corresponding symbol on the screen, and the available spells are on the left side of the screen in the vertical bar. I assume that the mobile version of Diablo will use a different control, which is sharpened on the movement stick on the left and cast buttons on the right (as it is implemented in Mobile Legends, for example). Because tap control is some kind of awkward archaism that needs to be gotten rid of.

However, there are positive points, and there are many more than what you have read above. Because the game is made on the basics of hack and slash, it tries to convey the atmosphere of the early Middle Ages (although the presence of guns is supposed to take us a couple or three centuries ahead), but also to catch up with the right state, as it was in the first Diablo. And frankly, it succeeds - recognizable inventory, the ability to learn new spells, crafting weapons and amulet rings, familiar classes at last. You can say that Eternium is Diablo 1.5, between the first and second parts. Because it seems to be modern, but also slightly outdated. 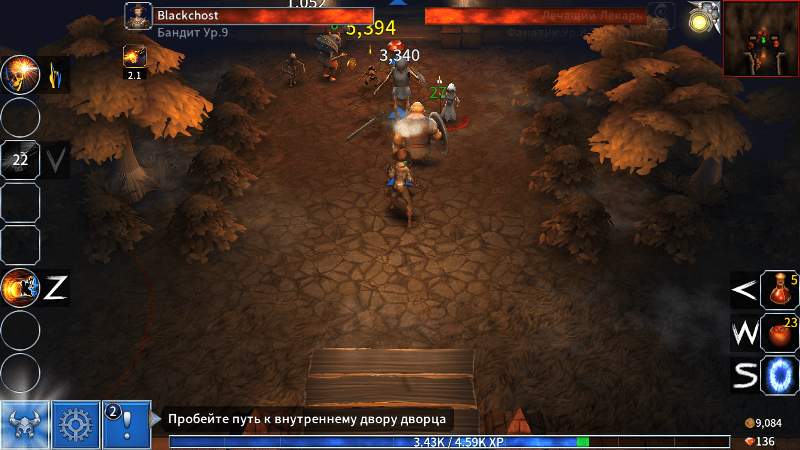 Oh yeah, I almost forgot - you can play it without an Internet connection. For trips on the subway - just perfect, because 5-10 minutes is enough to play for the whole day.

We have been playing it for a long time (and Oleg is already an experienced player), so I have some notes, but I think he would be happy to supplement them:

Do not open chests for rubies

The developers have come up with a clever way to extract money. There are two kinds of chests in the combat location - a regular chest, which contains loot and gold; a chained chest, which also contains loot (this time elite) and gold. I suggest that you first reach the maximum level, and only then open the chained chests, because they only open for rubies.

In Eternium you are aided by warriors that have certain traits - a tank, a DD or a healer to choose from. Take the one that will work best with you: it's better to pair a tank with a rifleman and a healer with a tank.

Because it's the easiest and fastest way to get rubies legally and without donation. And rubies, in turn, are needed for everything - an increase in inventory space, slots for spell castings, additional helper. In general, extremely useful thing.