In the new iOS 12.1 firmware, we will see 158 new emoji to help us express emotions and feelings or reinforce them, convey your position faster to your opponent, make your message brighter and attract more attention to it.

The most significant change was that the icon faces gained more personality. The developers have tried to widen the possibilities for users to express themselves and designate people. Now you can clearly and distinctly represent a person with curly hair, a representative of the Negro race or a gray-haired old man. Below is a full list of new emoji that will be released in iOS12. 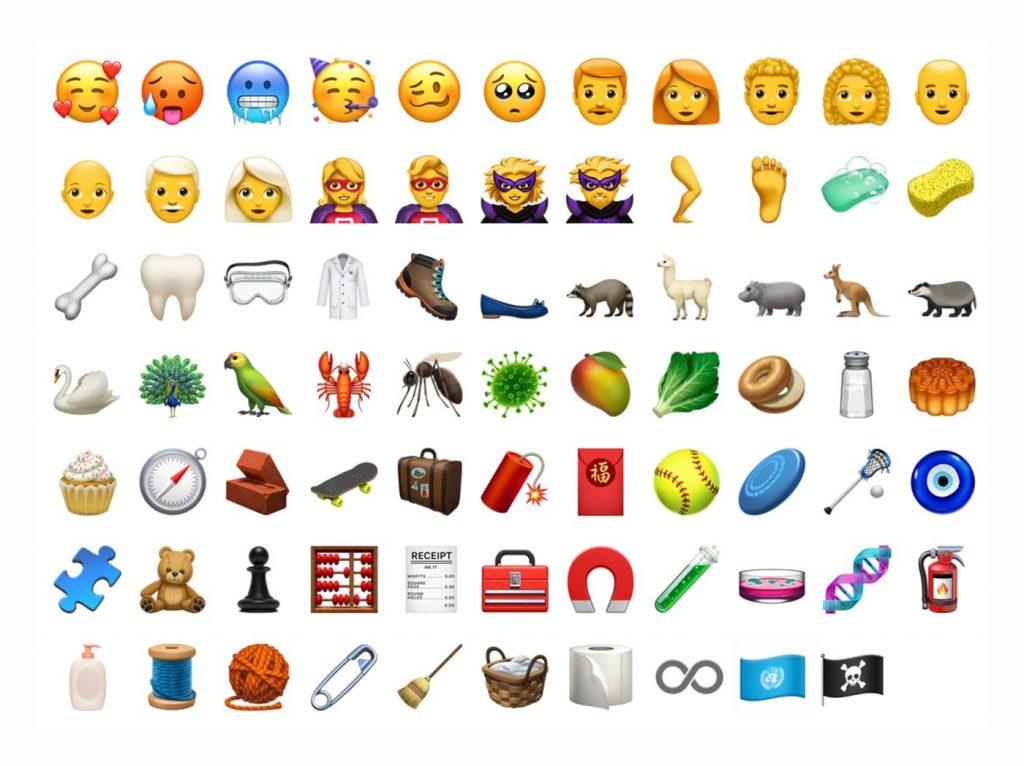 Society continues to learn to accept people who are different in some way from the majority adequately and with understanding. Gradually the boundaries of race are being erased. We are increasingly looking for similarities rather than differences, so there are more and more points of contact between people of different nationalities. This leads to a decrease in aggression and, consequently, to the disappearance of conflicts and wars.

Self-expression, whatever form it has, is an integral part of the formation of personality, so a bright and unconventional appearance of the person should not cause surprise and rejection of others.

It will not be surprising if in a year we see emoji illustrating a person with disabilities, either in a wheelchair or with a prosthesis. This would be the next step in fostering tolerance and respect. Underneath all these brightly colored faces and icons is a deep implication. They carry a not so superficial function, they discreetly change society.

On Emojipedia https://emojipedia.org/ you can read all the existing icons, decipher for yourself the meaning of the emoji, and read the latest news about the update. Interestingly, the appearance of emoji can vary slightly from platform to platform, and sometimes change dramatically.

Let's see on the Thinking Smiley how the smiley is different on different platforms. 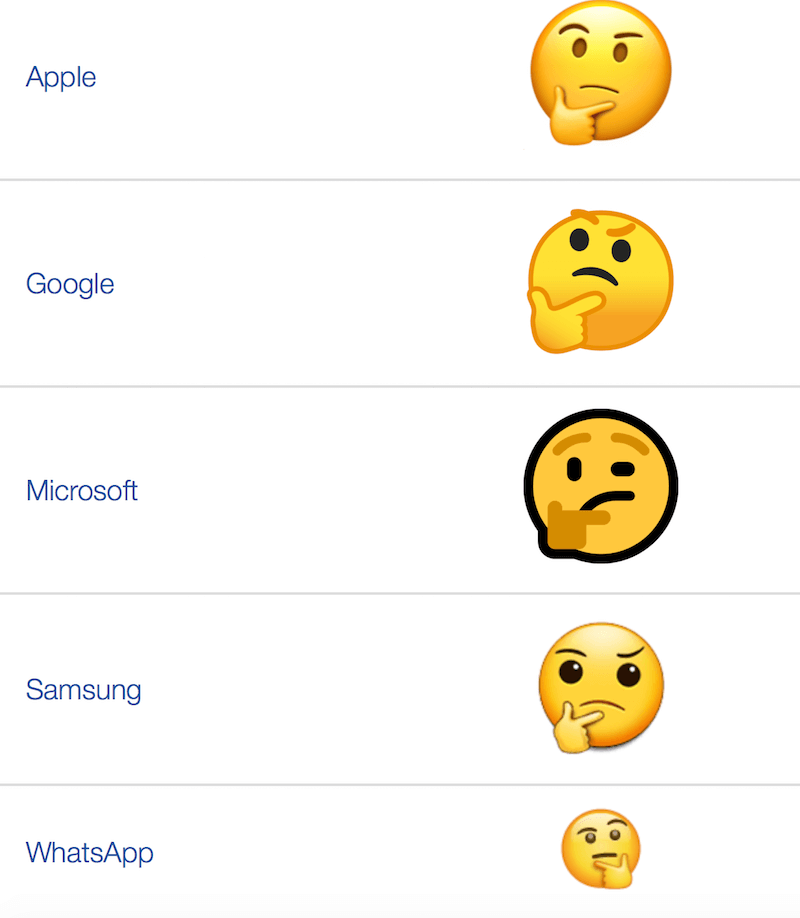 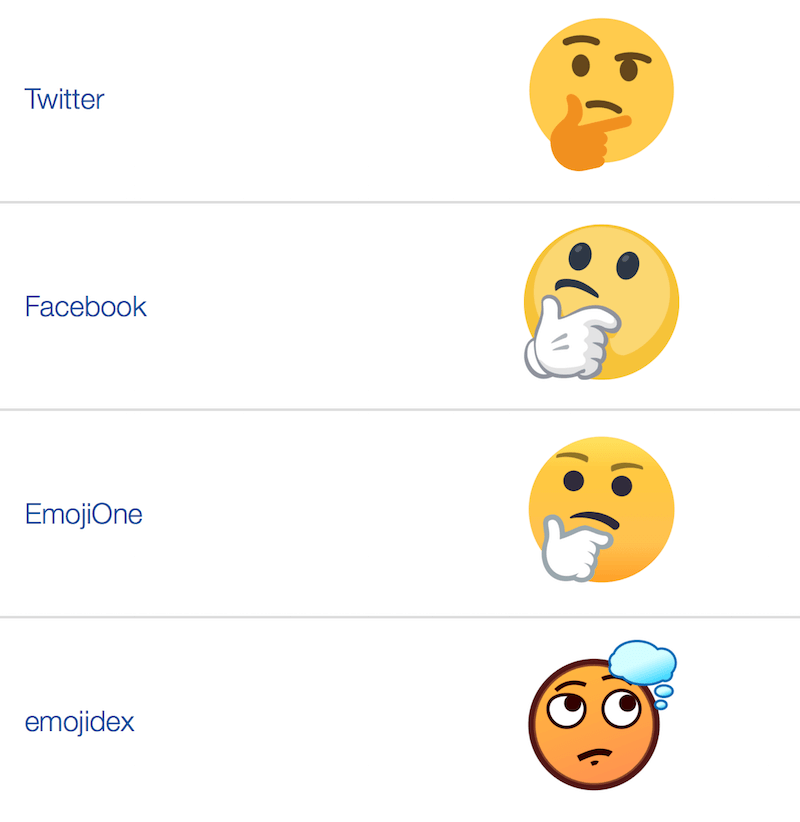 In order to interpret some of the graphic symbols, we will have to delve into the science jokingly referred to as emojiLogy.