In the new season, I decided to change roles, and switched from shooters to fighters and tanks. The reason for this is that the shooters are quite difficult to play solo (with the exception, perhaps, Kimmy and Granger) - strongly dependent on the team, the help of individual characters and the presence or absence of snowball. Plus I keep mein' Cloud, who is not a good character for solo play at lower levels, and can hardly be considered a good character for solo play. Not to forget that allies also prefer to kill from a distance, so the slot on the AD-kerry is often hammered almost the first. And fighters and tanks are taken less often, so your peak gets taken.

Anyway, this time I decided to share my thoughts on X.Borg, a popular character in Mobile Legends, right now he has 3.47% spades this month and 52.53% win rate. X.Borg was often spiked at the last global game tournament, so we can be sure of his strength and potential. If you've never played him, I recommend getting him - he almost always hits the team set-up, he has useful skills and good AD skills. And he's not as difficult to control as it seems at first glance.

X.Borg has armor, which is displayed in the Life Bar and highlighted in purple. When receiving damage, the armor is spent first, followed by the health reserve. The armor of X.Borg is a melee character, without it - a ranged character, depending on their presence or absence, the range and area of effect of the skills changes. Moreover, when the armor breaks, X.Borg makes a small somersault in the direction where he is looking. Sometimes it helps to fly into a teamfight, deal a lot of damage, and neatly jump out of a lockdown.

As soon as your armor breaks, X.Borg begins to regenerate energy - when you're trekking or even just running around outside of combat. When you use the first skill, the character causes enemies to overheat and drop capsules, which also regenerate your armor. This allows X.Borg to farm the forest, albeit slowly.

The armor is restored on the fountain.

X.Borg's first skill is to deal (attention, PHYSICAL) damage for 2 seconds in a certain "cone". If you burned the enemy enough to fill the appropriate scale, X.Borg starts to deal pure damage as well, and slows for 30%. This is in melee mode - without armor the "cone" becomes almost twice as narrow, but significantly further, dealing only 40% of the maximum possible damage. 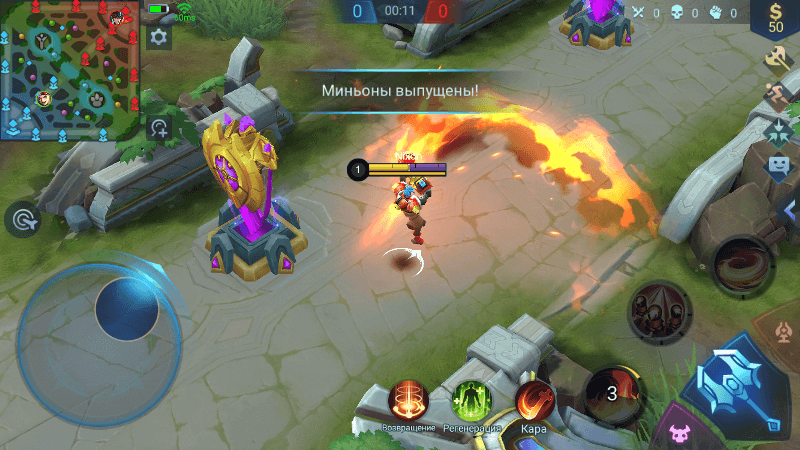 X.Borg fires forward 6 flasks also in the "cone", which return to him after 1.2 seconds. The flask deals PHYSICAL damage when it returns, as well as moving opponents slightly toward X.Borg. In no armor mode the cone's area is reduced, but the range of the skill is increased. 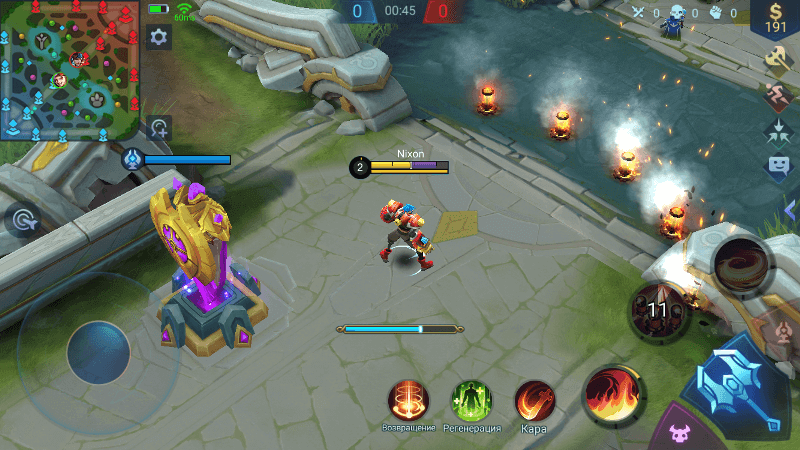 It's best to start a fight with this skill to have a better chance to burn with the flamethrower. It doesn't move the enemy very much, so you're unlikely to catch up with a fleeing enemy. Never, you hear me, NEVER use it when retreating, because the enemy running after you will be able to break the distance and hit him with some spell.

By the way, the flasks are deployed during the cast of the ulta and the first skill, which is also very convenient.

X.Borg jumps in the indicated direction and begins to spin out, giving out tons of fire, with the fire also slowing down the enemies. Then X.Borg bursts his armor and deals damage to everyone around him. 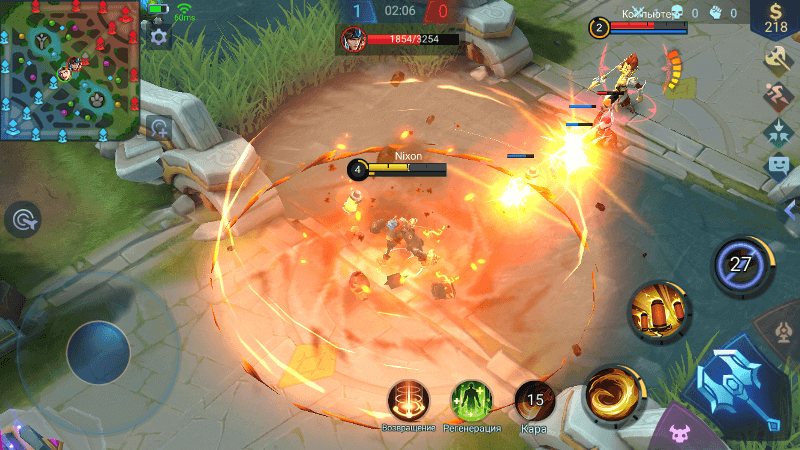 This is where you have to use the spell very carefully, because a lot of people rush into a teamfight hoping to spin up as many opponents as possible, get stan/control, and die. X.Borg doesn't have as much health as you'd really like, plus he's being built into a fighter with rebirth and an emphasis on damage. So your job is not to initiate the lock, enter it at the second pace and try to keep a distance between the shooters/mages and the tanks (which are in the front line). Tanks initiate, absorb the first damage, control and ultimates, arrows/mages start to do damage, and this is where you start to work. Preferably jump with the ulta into the enemy kerries - for this you can even use the flush, which you can cast while unwinding. And don't forget about the second spell.

I will not say much, here is a screenshot: 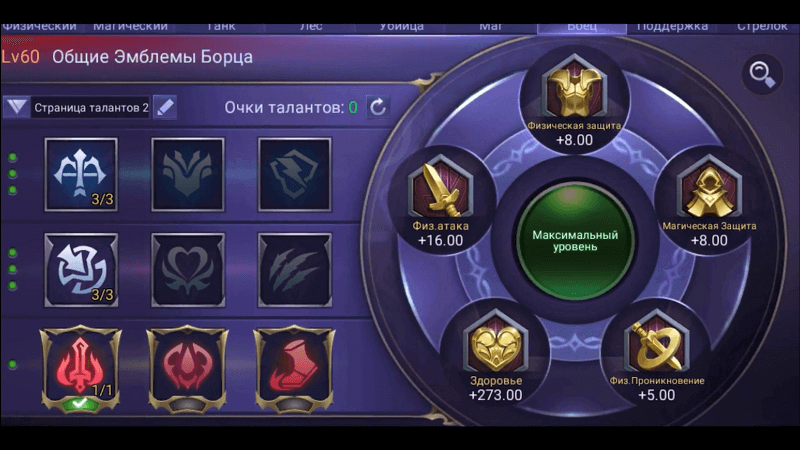 As for spells - at low-levels it's better to take Kara to finish off the enemies, you're playing solo after all. At high levels and in team play it's better to take Flash, because you will have normal communication with teammates, and you don't need to stylize your kerries.

The top 3 players on X.Borg constantly change their builds, depending on what set-up the character is in and what squad he has to play against. This is what the top 3 builds look like right now: 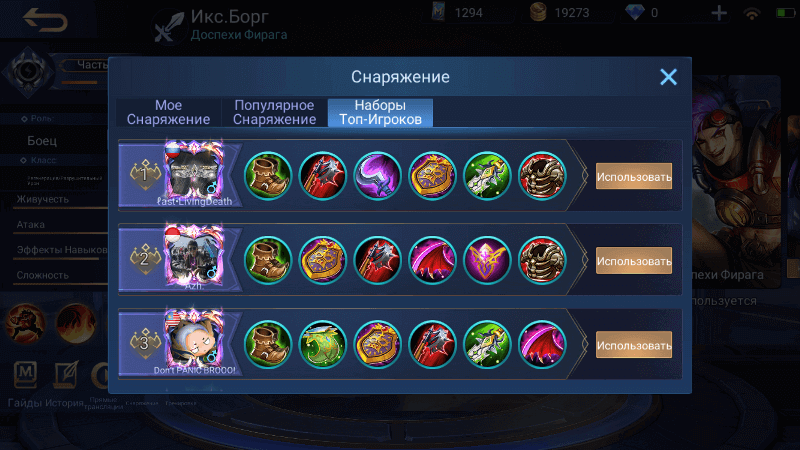 The easiest option is to just copy one of them and not bother. But I'll try to give a little commentary on the cor items: Axe of Bloodlust, Immortality, and Blade of Despair.

The Axe of Bloodlust gives 20% vampirism from spells - it means you can bait fire and regen at the same time. For a thin X.Borg, the debuff is very important.

The Blade of Despair - A lot of damage from the hand, plus the ability to swing the borst damage on enemies.

Immortality - A must-have item for X.Borg, which allows him to fly into a crowd of enemies under the Ulta almost first, and after the revival to apply the Ulta again. Or run away if the enemy's strength outweighs his strength.

Next, it's up to the situation - usually you'll get a lot of damage and survivability. You can take a closer look at Shield of Athena or Wings, they sit pretty well on X.Borg.

The band "Kasta" in a famous song has a great phrase "everything comes with experience", so many things you will understand while playing on the X.Borg. But I'll share what I've noticed myself:

All in all, so far, X.Borg is a great choice that will always be useful for the team, he has a place in almost any set-up, he does good damage, and if you want he can even do a little tanking. I recommend to buy it if you don't have it yet. And by tradition, a video guide by a good streamer: