Hello, everyone! Lately, the editorial staff of the portal apps4.life actively playing in the Mobile Legends and ready to share our observations on Season 12 of 2019: we'll tell you about the strongest characters (the so-called Meta), how to play and behave on the line, hints, farming and so on. Think of it as our Mobile Legends guide, which we will update periodically - we really hope it will help players from beginner to intermediate level. As of this writing I have Grandmaster 1, and the goal, of course, is to get to Legends by the end of the current season. By the way, here is our Mobile Legends review, read it.

Let's begin, perhaps, with the definition of the meta in the game. A meta is a situation in the game that includes tactics, the best characters, combat strategy, moving around the map, and so on. It can change depending on the systemability of character buffs/nerfs, forest monsters and even items. To be in the meta means to be as effective as possible.

In our review, we wrote about how the arrangement of players is similar to League of Legends (by the way, they recently announced League of Legends: Wild Rift) - in principle, it was relevant at the time, but a series of updates made some adjustments to the game. It so happened that the soppers dropped out of the meta - they are no longer needed, because they do not contribute the necessary damage to the characters, poorly tanked and help the kerri positions to farm and kill. It's much more effective to pick someone more useful - it depends on the weakness of the pick or the tactics for the game. That is, if you lack a tank, it is better to take a tank rather than a similar tank-sapporter, the same rule applies to other positions. It's likely that next season, they'll give a good buff to the sappers, but in the current circumstances it's better to forget about the position of a sapporter.

The most popular tactic In Mobile Legends it is considered a 2-1-2 output (2 characters on the top, 1 on the midrange, 2 on the bot) with no obvious woodsmen. The team is chosen so that it has a tank, a couple of shooters, a mage and a fighter/killer, which is a well-balanced lineup. However, as an option, you can try combo-setup - in this case you choose the characters that have a great synergy of ultimates or other abilities. For example, Minotaur + Kagura can easily make a minus-five if used correctly.

A second popular tactic In Mobile Legends - the output is 1-2-2, that is double-mid, and one of them must be a mage, the second takes a tank or fighter. The essence of this strategy is that the tank / fighter sits in the bushes and waits for the other team's midder to spike or start playing aggressively on the line. Due to the large amount of HP and control this can provide FB in the early minutes, because the tank can crush under the turret and tank a couple of shots. Then the tank either continues to press the mid, or goes to the line that needs help. Option two is that you can pick up a buff or a coin, which is also nice.

There is nothing difficult, creeps do not need to lusthit, which greatly simplifies the gameplay in Mobile Legends, you can just stand and get experience with the gold. So ideally it's better not to push the line, but constantly shoot heroes (if you have a ranged hero).

Kimmy. The coolest shooter in the game right now - not very difficult to control, almost not demanding to microcontrol, does huge damage already at the very beginning of the game. The right build maximizes the character's capabilities - it's impossible to get close to her, she has a good powerful ult and has an escapeshot. The best investment of in-game currency, if you want to kill at a distance and not to sweat in the game.

Cloud. For those who like characters more interesting in terms of gameplay. Cloud can steal attack speed, teleport to different places, and deal huge damage to everyone around him. True, he reveals himself closer to leit - he does not have a very high base damage and attack speed characteristics at the beginning of the game. He is the second strongest shooter in the game, who can take out enemies by himself and kill them before they get to him.

Lunox. A top mage who is one of the most difficult characters in the game due to the fact that she has four magics instead of three. This makes it hard to figure out gameplay for her, but the competent Lunox knows how to breed, deal wild damage, and almost never die. You probably haven't even seen this character at low levels (because she's difficult), and you're unlikely to see her at high levels (because she gets banned). That's why we recommend you to take a closer look at the following one.

Harith. From the outside it's not clear whether it's a boy or a girl, but in fact it's still a boy. A mobile mage who constantly jumps, stacks his shield, and does good damage with his hand. Also relatively difficult - you need to aim with all of his abilities, you can't just press buttons. But he's got great gung-potential and strong damage in teamfights, plus he's well tanked thanks to his shield.

Kagura. A bit of an ambiguous peak - it is definitely a mage from tier S, but the question is whether she is really OP (overpowered, lit. "too strong"). She has interesting mechanics similar to League of Legends' Orianna, she has escap ability, she's a great divider due to her umbrella, and she also has too much damage. It's probably a very underrated character, whose power is under-discovered because everyone is blinded by the capabilities of the previous two heroes.

Harley. Not the best mage at this point, but in skillful hands can cause a lot of trouble. Harley's problem is that he can only take 1 player per ult, and he's also pretty soft, though he's fast. We wrote Harley GuideSo if anyone wants to master a difficult but interesting character, welcome.

Grok. The best tank in the game right now and practically an OP character to kick if the team is short on health. Grok is the character who stands double-mid, and the reason this tactic exists in the first place. Grok does a lot of damage, has good control, and is hard to break in the leyte - take him and forget about other tanks for the near future.

Minotaur. The second tank in the game, which has tons of control and a lot of health. He has a great initiation, thanks to his combination he can burst into the whole team, toss and stall - this will be enough time for the other characters to deal with an unpowered opponent. Unfortunately, not very useful in solo - if your teammates will slow down and refuse to play as a team, your control may not be enough to win. 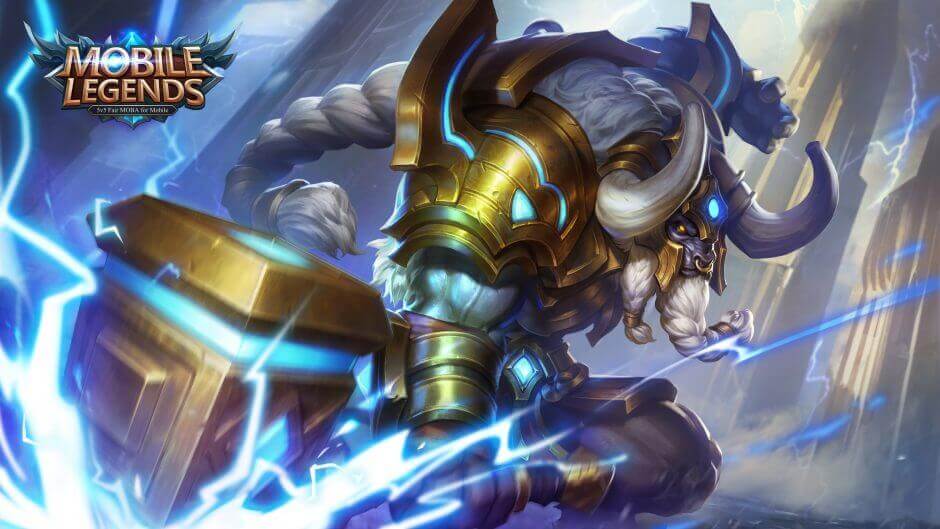 If everything is more or less clear with the previous positions, there is a big question with assassins, because different sources speak about different meta-characters. But they all say that one of the top assassins is considered to be

Helcart. Something from Darkness, more like a rat in the game, has returned to the meta and is firmly entrenched somewhere around tier S - OP. First of all, he is good at countering mages, of which there are many in the game. Second, he does a lot of damage and is extremely useful in teamfights. Third, Helcart is a great way to clean the forest and can do without the pumping on the line.

Gossen. Extremely difficult to control, but incredibly damaging character, who deals huge damage to single targets and area. It is almost impossible to meet him at low ranks, but at high ranks he is often in the ban. 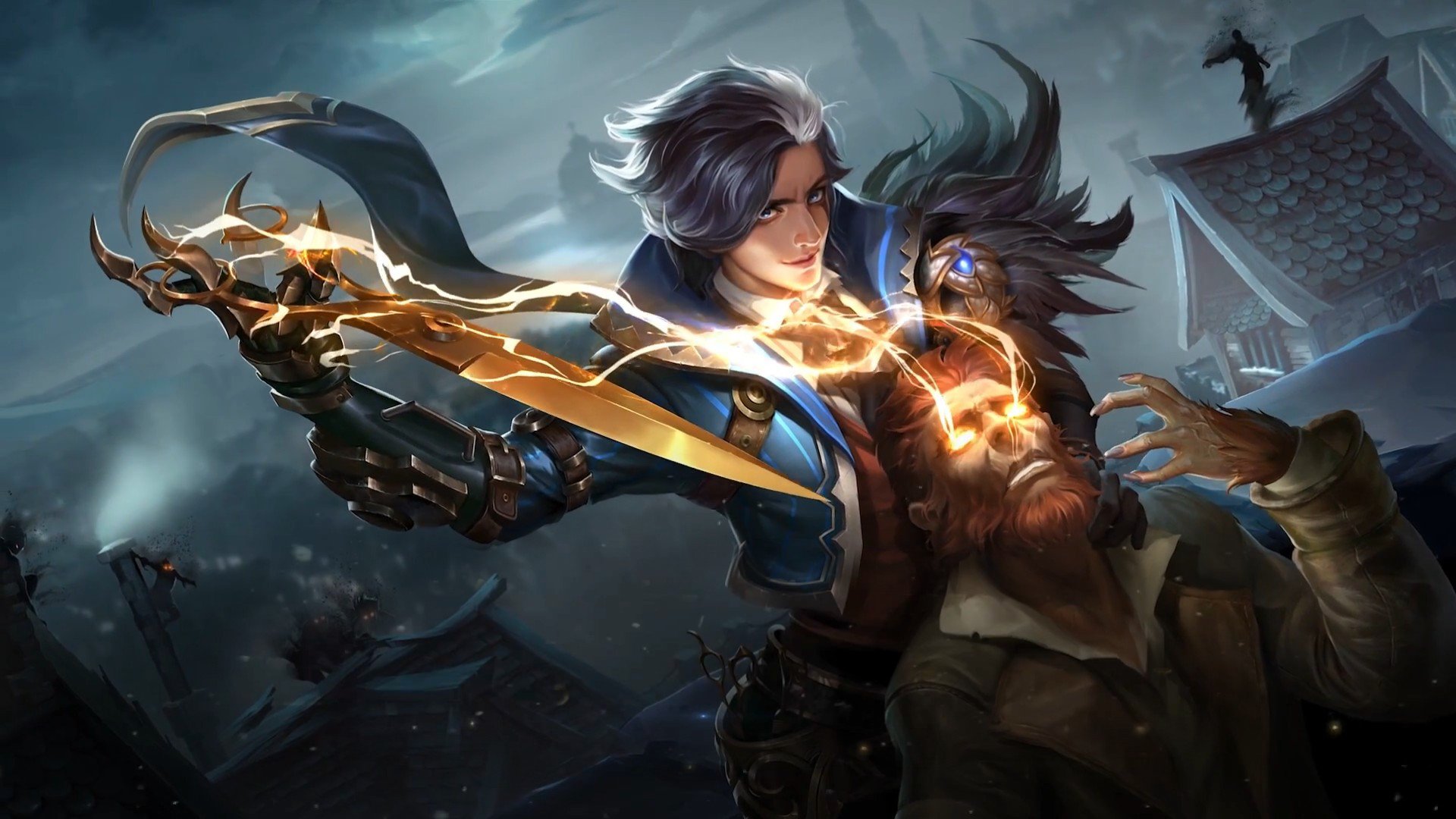 Chu. The best fighter at the moment, without a doubt. Great damage, great synergy in the double-mid, ability to swing in the forest, extremely useful on the seeker and in teamfights, making life of the kerri-characters much more difficult. Also costs 24000. And it's not very hard to control.

Leomord. The character is more complicated, but also quite effective and mobile. Difficulties are created by the ultimatum ability - Leomord summons a horse and turns into a rider, but there may be questions with the control. In general, it does good damage and is very useful for the team.

Out of the meta, but for runked games we recommend Kaiju. He has good initiation - he can draw the opponent's characters (similar to the Batrider from Dota), and he also has high efficiency together with tanks.