Bethesda Softworks in 2015 surprised the entire gaming world - without any preliminary announcements, open beta testing and teasers released FallOut Shelter. And she made the game in an unusual genre - instead of running around the Wasteland and fighting all sorts of cockroaches, we have to build our own Sanctuary and develop it. In fact, thanks to Bethesda the genre became so popular that it was followed by several FallOut Shelter clones, and one of the most successful was Hustle Castle. Well, the original was more than successful: in the first two weeks the game brought the company about 5 million dollars in profit, and as of 2018 - more than 90 million.

How to play FallOut Shelter

FallOut Shelter is a game about surviving the post-apocalypse, and it's a fascinating concept. We act as the caretaker of a certain Sanctuary (probably one of hundreds scattered around the world), and the game starts with the fact that in one of these bunkers the first inhabitants (a man and a woman) appear. Our job is to keep the residents in good spirits and monitor the condition of the Sanctuary. So we take in the survivors and immediately give them tasks - there is no capitalism in the post-apocalypse, and everyone works to keep the Sanctuary alive. Which, in turn, is provided by a working generator (to generate electricity) and a water treatment plant. Your residents also need to eat - there is a canteen for this purpose. In fact, the performance of these three rooms is vital - we must assign the first settlers to these rooms in order to keep the Sanctuary running. If you don't get enough resources, the bunker won't be able to function properly, and all the inhabitants will die, so these rooms must be monitored first. 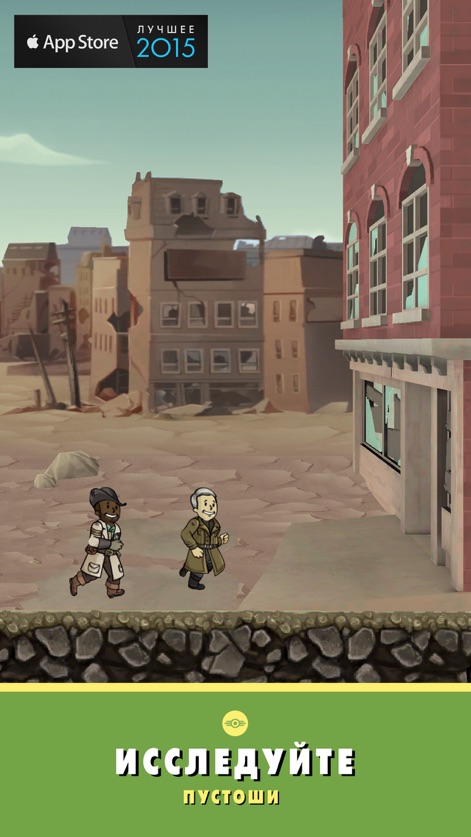 Resources are generated over a period of time, we only need to periodically (every 2-3 minutes) collect them. If there are more people in the bunker, we will have to build up the rooms - remember that if you put two identical rooms next to each other, they will kind of expand to one common room, and that's cool. So immediately plan that each conditional level (floor) will be built up only one type of room - so it will be easier to navigate, and it looks more aesthetically. The remaining rooms are needed because they are more to improve the lives of the settlers than an absolute necessity. At first they are blocked, but as more residents enter the Sanctuary, more rooms will open. The maximum number of residents is 200, but the rate of "arrival" of new settlers is unknown; the game decides who should arrive and when.

What is SPECIAL in FallOut Shelter

Recall also that each character has a SPECIAL scale, which could not be localized. These are the seven indicators that characterize a bunker dweller:

If a resident has one of the indicators higher than the others, he should be directed to the appropriate room, and then he will be happy and productive. This means that resources will be extracted faster. Therefore, constantly distribute your tenants among the rooms, build new ones (if there is an overabundance of some indicator) and make the Sanctuary perfect. Distribution is very simple - a long press on the character activates it, then you need to drag the figure in the right direction. In the upper left corner there is a gear with a list of residents - there you can filter them by name, characteristics and status. There are those who prevail indicator L - they must be sent to explore the area. Such "lucky" residents need to be equipped - give them good weapons and armor to make it easier to survive. There you can usually find useful loot and covers, which serve as money here. 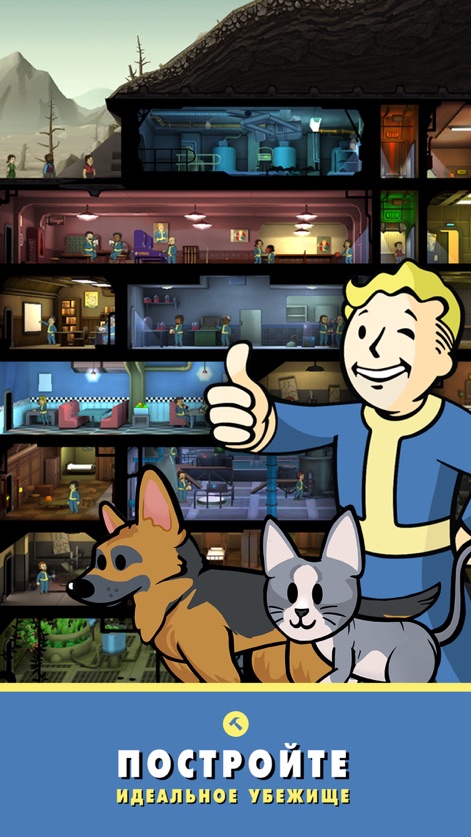 What is the best SPECIAL score in Fallout Shelter

You won't believe this, but Endurance is a very important stat in the game. It is required only in the later stages of the game, when you build the Nuclear Cola Spill Point, it is not needed at all in the Pantry. Well, Endurance directly affects the health points of your resident. That is, he will lose less health when he is damaged by enemies, so it is necessary to pump E for absolutely all characters. Especially those going on missions or exploring the Wasteland, as well as those at the top levels of Sanctuary. Up to level 50 dress your residents in suits with extra stamina.

How to increase the number of people in FallOut Shelter

The most interesting (and natural) way to increase the number of people in the Sanctuary is to meet in the living rooms. You can send a man and a woman there, they'll have a nice conversation, then start dancing, then run to the [censored] room, after which the woman gets a bellyful. After a while they have children - at first they walk around the bunker and watch what's going on, then they start to grow up and get involved in the work process too. Interestingly, relatives here with each other can't make babies, so you have to watch carefully who you leave in the room. Pregnancy lasts for 3 hours of real time - you can "do stuff" before going to bed, and in the morning there will be new working hands in the Sanctuary. Although you can spend this time in the game - often you will run into radtarkans and raiders, from which you have to shoot back. Just in this situation, pregnant women only interfere - running around the bunker with loud (and a little obscene) shouting, absolutely no desire to fight with fists. The rest of us try to fight back, but with the appearance of armor and weapons it becomes easier to fight back.

As it turns out, Fallout Shelter has three kinds of inhabitants: normal, rare, and legendary, and they are highlighted in green, blue, and gold, respectively. Normal inhabitants appear from the Wasteland, and can also appear reproductively in the shelter itself. Rare and legendary characters come less frequently, and they can be obtained from lunchboxes and in the course of Caretaker quests, among other things. They differ from ordinary ones in that they already have a high level (from 30 and above), pumped SPECIAL characteristics and specific named clothes that add several stats to the SPECIAL.

For example, I got Colonel Autumn and Piper - they already have their own clothes and cool stats, they came from the Wasteland on the call of the Radio Station. I got a character named Three Dog for completing a mission.

How to Earn Covers in Fallout Shelter

As you already know, caps are the main in-game currency in the world of Fallout Shelter, with which you can build rooms and elevators, as well as buy improvements for the inhabitants of the shelter. Apart from investing real money, there are the following ways of earning caps:

- Lunchboxes. Sometimes cards with some number of lids fall out.
- Exploring the Wasteland. When you send your residents to the Wasteland, they find weapons, junk, clothing and, among other things, covers.
- Fulfillment of quests of the Caretaker. And you get not only a fixed fee for completing quests, but also have a great chance of getting covers from the corpses of enemies or crates/safes/cabinets. This should be your main source of income.
- Raising the level of the resident
- Performing in-game daily tasks
- Successfully repelled attacks
- Selling weapons, costumes and junk

How to Earn Lunchboxes in Fallout Shelter

Lunchboxes usually need to buy for real money, but the developers have provided an opportunity to get them without investment:

- Fulfillment of in-game daily tasks. But not always - lunchboxes will be given only for a small part
- Completing Caretaker quests. Also on rare occasions, see the "Rewards" section when choosing a quest, sometimes they give you lunchboxes for them.

What weapons are in Fallout Shelter

Also three kinds - ordinary, rare, and legendary. The most interesting is the legendary, because it has excellent attack rates, and also has its own names. Legendary weapons can be found only in quests, in lunchboxes, or produce in the armory.

Why do we need junk in Fallout Shelter?

In general, you can use the junk to make weapons, armor and interior rooms - you just need to find the appropriate blueprint. No more than 6 people should work in the producing rooms - you click on the room, then on the "Collect" button, choose the right blueprint, and if there is enough junk, after a while you will get a tangible result. But the first time you're in the survival stage (up to 80 people in the Sanctuary), it's better to sell it - it's a great way to replenish your cover stock, even if they don't give much for it.

The game was interesting at the time, and now it continues to please the eye. FallOut Shelter is fully localized (except for SPECIAL, it's really hard to come up with a russified transcription), looks great, is intuitive to play and doesn't require much attention. The graphics here are great - look at how the characters look, how detailed they are drawn. Each room can be zoomed in and see what's going on - the characters are really busy doing their thing, the rooms are all spinning and working, and you can even see the sleeping quarters in the living quarters. The rooms are furnished ascetically, but tastefully and even somehow cozy. In general, the game is very atmospheric - together with the residents you involuntarily start to let the situation go through you and empathize with them even more. And FallOut Shelter is free, but offers to buy the cases (boosters), which contain covers, weapons and upgraded characters. You can do without them, of course, but you will have to play longer, although the end here is not visible. Great game, recommended to everyone, without exception!