Triggers for PUBG Mobile, joysticks for iPhones, trigger controls, and so on - this is just a small list of what mobile players are looking for to improve their skill. The problem is really relevant - Apple once allowed MFi-controllers to be made, but these devices failed to gain a foothold in the market. The number of games continues to increase every day, and there are still no decent joysticks.

At one time a popular device was a controller from the company MOGA - A good device, which turned the iPhone into a kind of PSP, with handy analogs and full-fledged buttons. However, the developers did not go on with the device - the official website states that the joystick is available for iOS 7 (this device is five years old), costs about 80 US dollars, which with a small list of available games looks like an extremely unfortunate purchase. Here's what it looked like:

Now official Apple site offers to buy SteelSeries Nimbus - is a controller from a popular company that specializes in creating professional devices for eSports players. You can trust the quality of this controller, but it is a standalone solution that works not only with iOS, but also with other platforms. And that means that you will look quite strange from the outside - you connect the device to the iPhone SE (which is larger than the smartphone itself) and play as on a console. By the way, it does not support popular games like Brawl Stars, PUBG Mobile, Fortnite or sports simulators, which calls into question the need for such a device. As you can see, even though the next iPod Touch will be considered a gaming device, Apple isn't forcing developers to make MFi-oriented titles, which kind of hinders the industry's growth.

But Chinese craftsmen came to the solution of the problem "directly" and made the attached joysticks, buttons and triggers, which imitate finger pressure on the screen. We have ordered a few of these "gadgets" for the test and are ready to share our subjective opinion with you. But before we get to them, we would like to mention that there is such a joystick from Xiaomi - it seems interesting, but very strange, although it is popular:

Probably the most popular type of joystick. As a rule, the left side of the screen in games is responsible for controlling and moving the character, and the in-game joystick can be both fixed and floating. The in-game joystick is needed to:

a) not to lose control if especially nervous players have sweaty fingers and the touch screen does not want to listen to them;

b) your finger tends to slip (even when dry), so it can obscure a lot of screen space.

The pads are attached by Velcro, but often take up a lot of space. The joysticks look something like this: 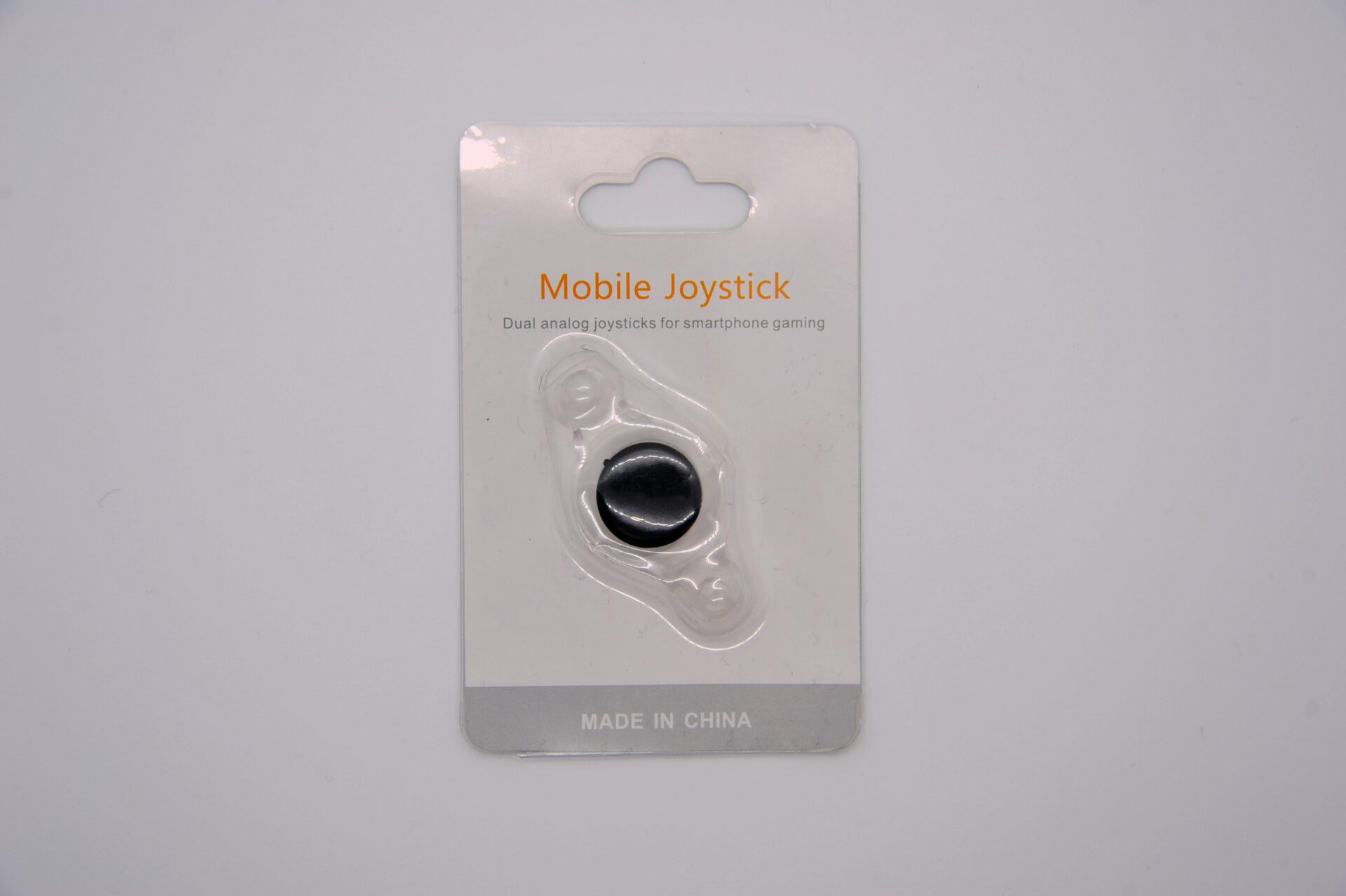 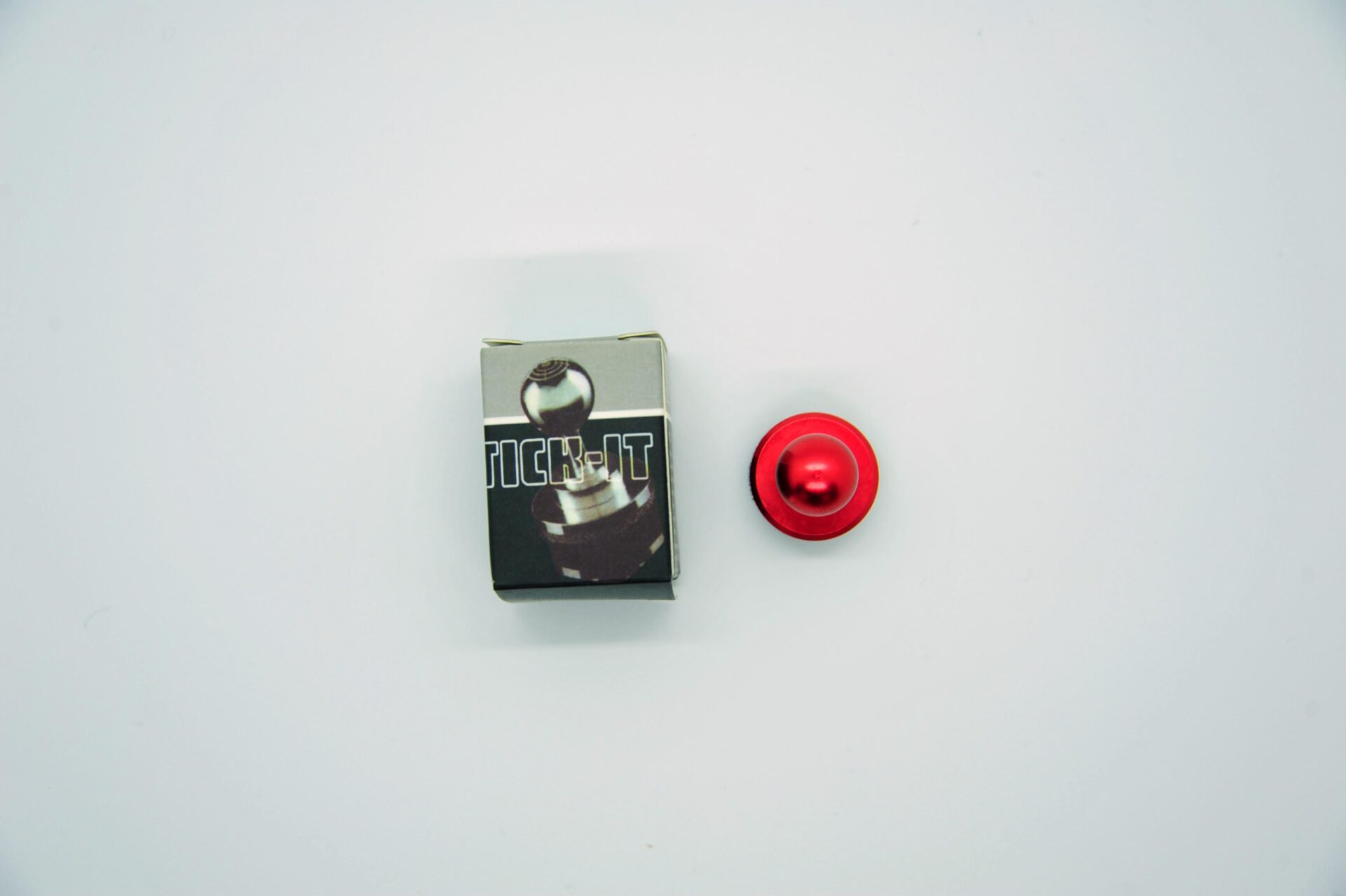 Note, the first joystick is attached to the screen with two Velcro strips. The joystick design takes a lot of space on the screen, so when you install it you will not be able to fully use the game lobby. In short, it is better to play with your finger, because it is designed for large screens - it will look just right on the tablet, but on the iPhone SE or 8 is still a bit large. 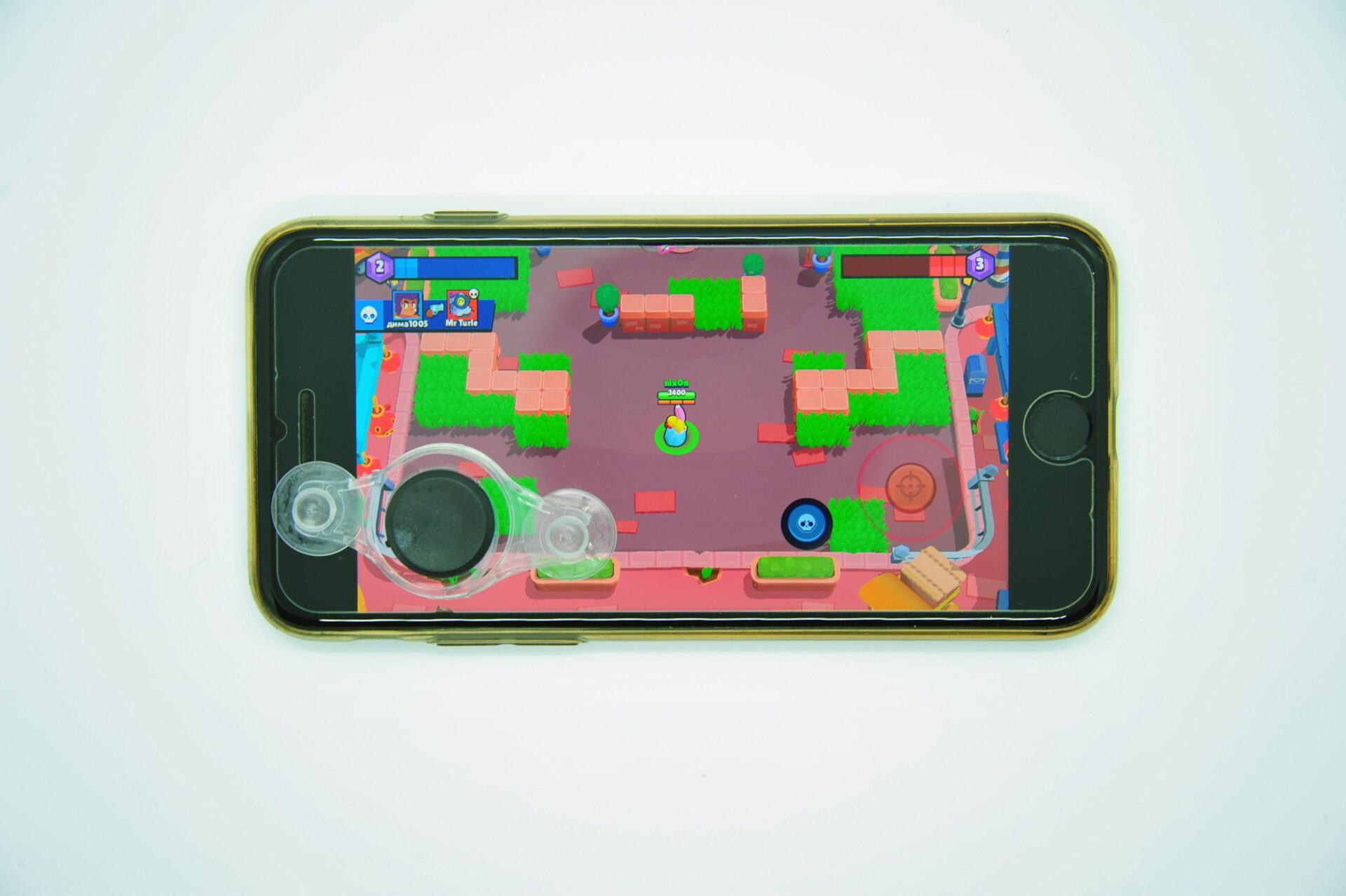 The second joystick is also attached with Velcro, but it takes considerably less space on the screen, and the form-factor itself is unusual. However, there are big problems with response - the screen reacts almost nothing to the joystick, so it is impossible to play with it. Such joysticks are a waste of money, don't even look at them. 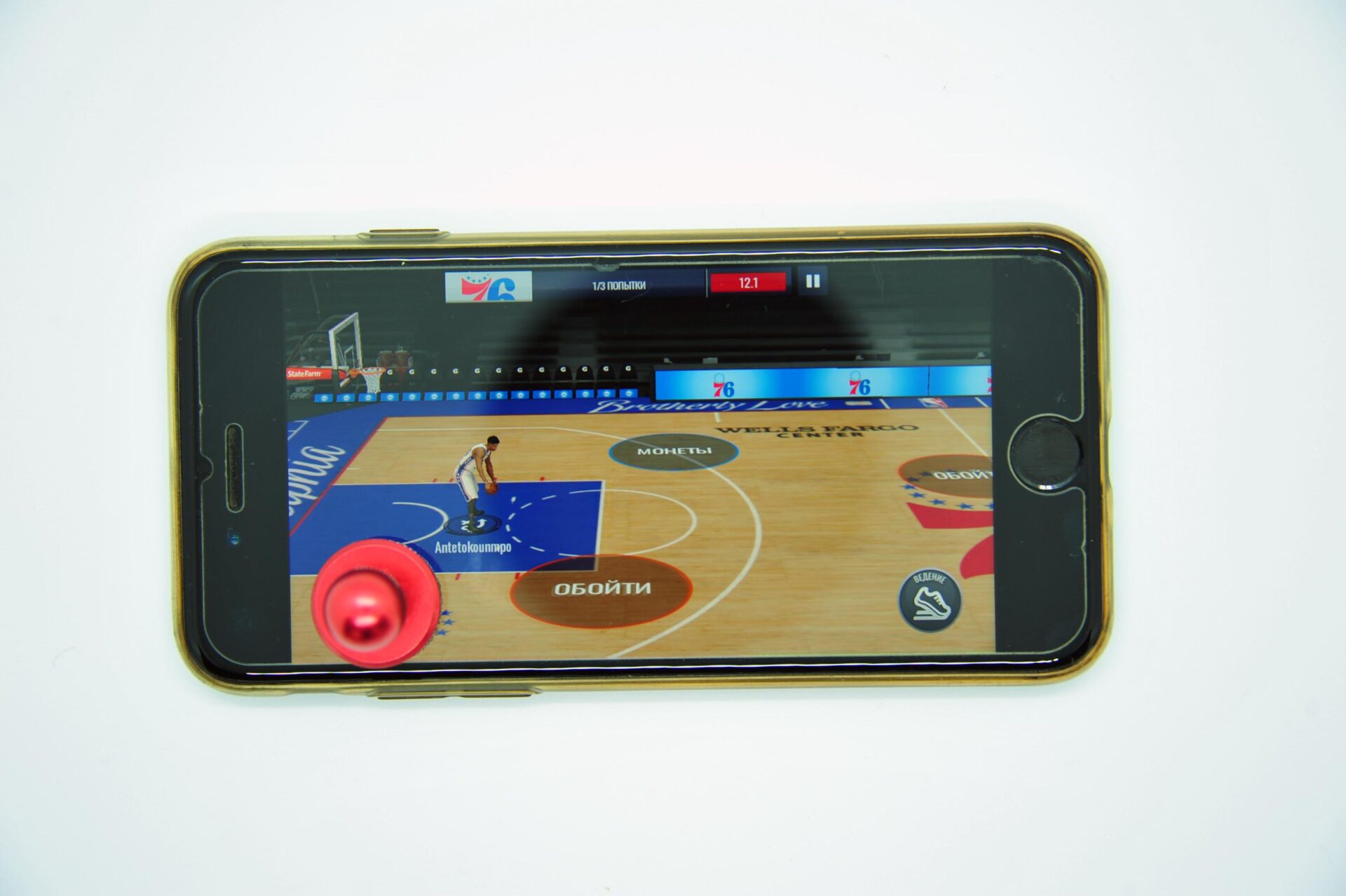 Another prefabricated joystick consists of a joystick holder, the joystick itself, and two triggers, which must be installed at the top of the screen. They are needed, for the most part, to play the PUBG Mobile - you move the aiming and firing buttons up in the settings, setting them so that they respond to the trigger pull. This setting mimics the console firing process, which is quite handy. 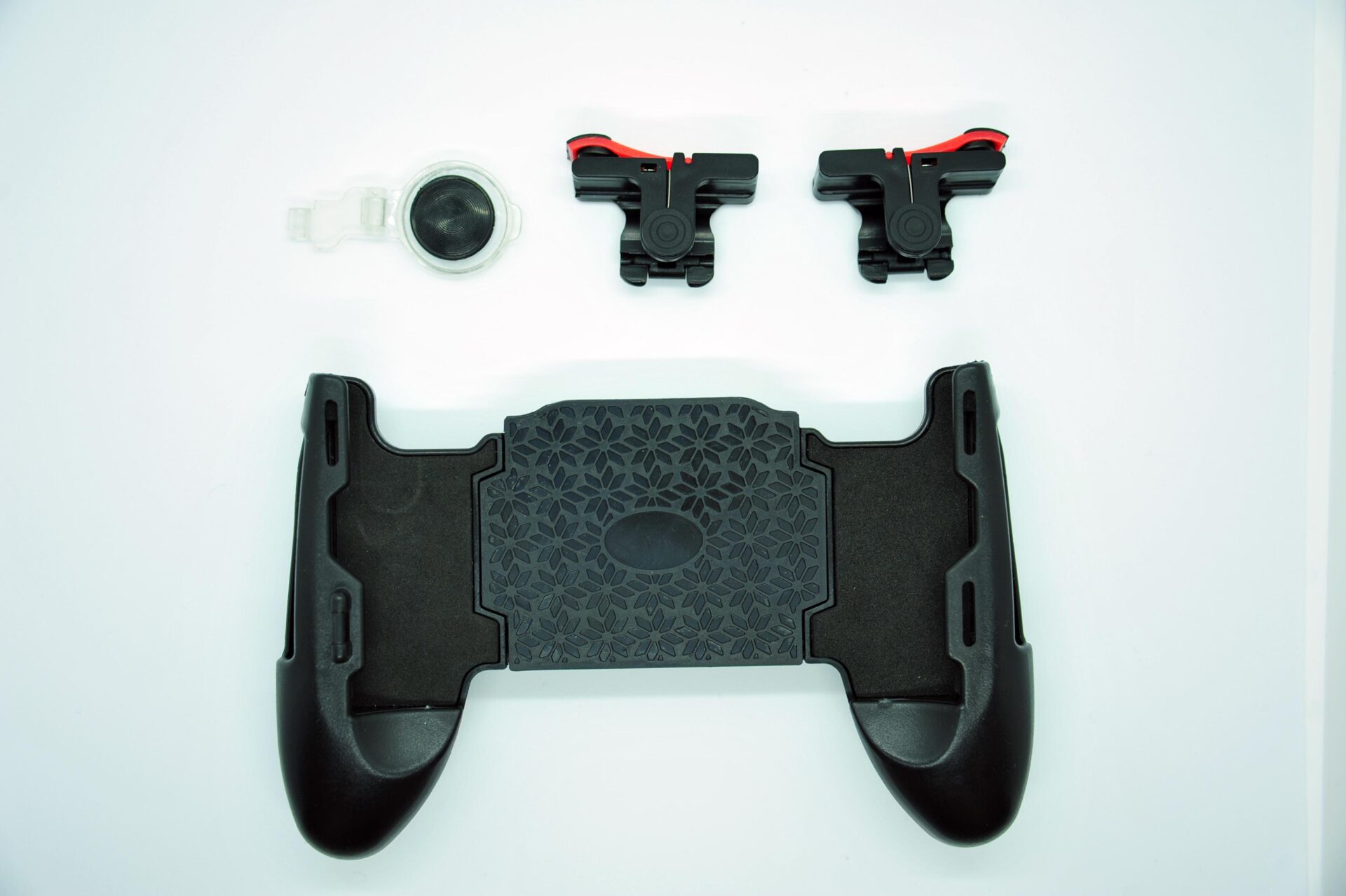 The travel joystick here overlaps and retracts to the side thanks to an uncomplicated system - in the lobby you can just pull it away and work in peace, but the top cursors also have to be removed, because they obscure part of the interface. On the Plus-version of the iPhone, of course, they will be more convenient, because the screen is large, and it is inconvenient to reach some of the buttons. On smaller screens, the cursors are more of a hindrance than a help. 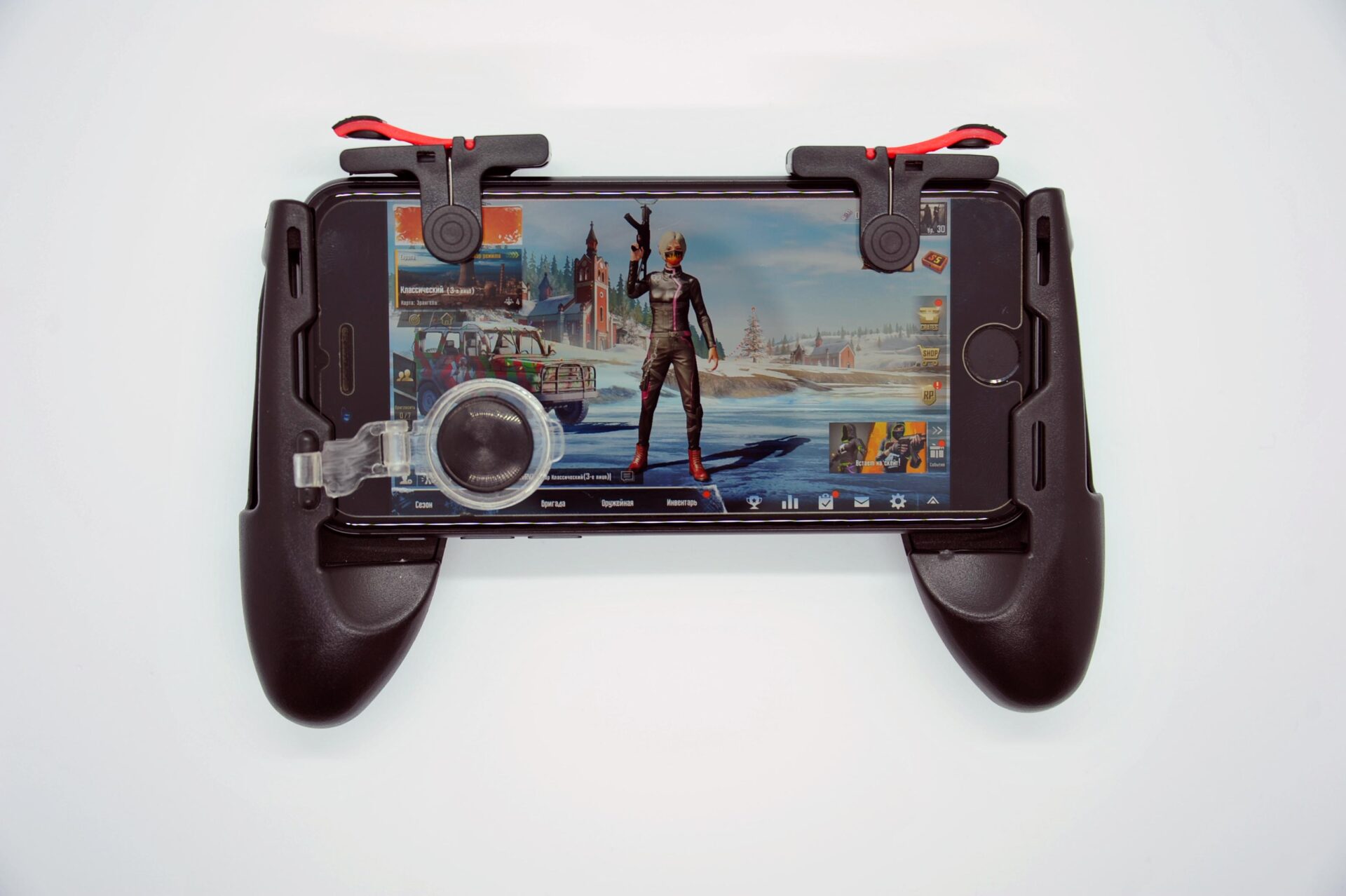 But the holder, strangely enough, came in handy the most - due to the side handles the grip changes, which frees up some space on the screen, plus it relaxes your hands. Of course, you will have to get used to this change, but after a couple or three "rinks" you won't want to play without the holder. It stretches for devices with a diagonal of 5.5 inches, which is pretty good, and on the sides it has cutouts so that you can connect a charger or headphones. The design is simple, but, oddly enough, comfortable. 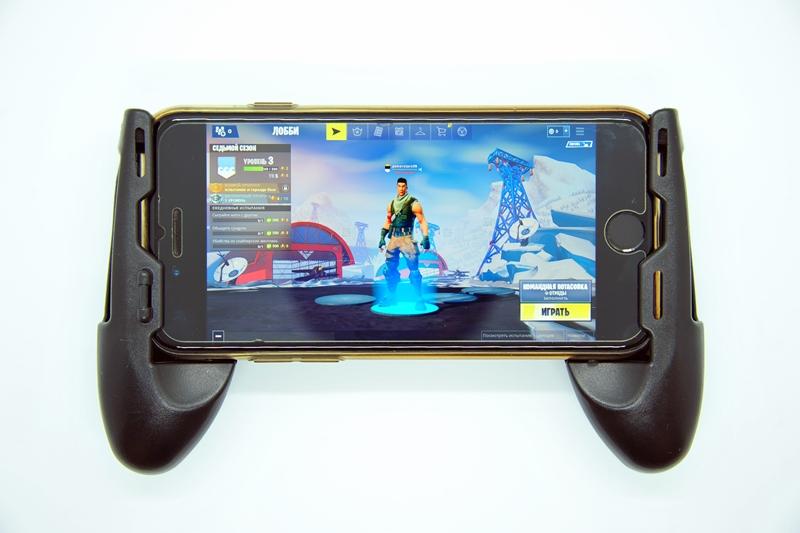 In general, now I play without triggers, triggers and joysticks, but with a holder - so far the most convenient thing for the iPhone, which can be bought for a couple of bucks.