Dead Trigger 2 game - zombie shooter - allows you to plunge into the dark world of war, where the survival of humanity after the zombie apocalypse is at stake. Most users call the game "the best shooter" or the best shooter for cell phones, in which you can not only participate in the world competitions, but also earn valuable prizes in the oil fields.

Download Dead Trigger 2 for free on the iPhone и on Android.

By downloading the game Dead Trigger 2 you will plunge into a world of confrontation in times of apocalypse, where humanity is fighting on the side of more than 50 million survivors. Users can take part in long missions or short throws, but everywhere you can earn money, rewards, and improve your rating. It is worth highlighting and constant updates to the game and content, according to the wishes of users.

By entering the game, you will be able to: 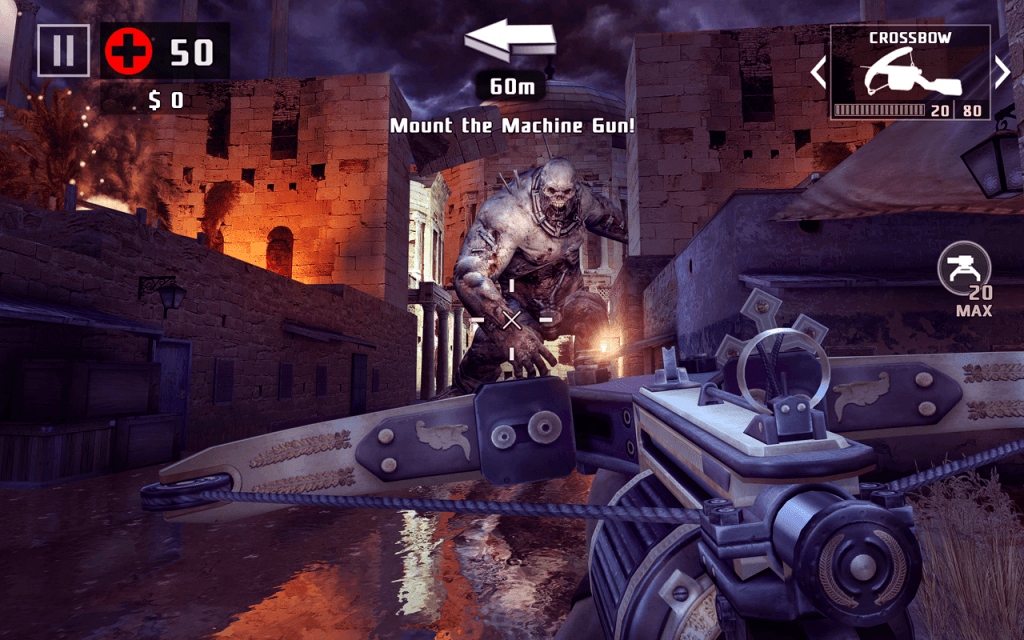 What else you need to know about the game Dead Trigger 2?

Let's highlight seven features of the game that distinguish it from others:

The only disadvantage we will highlight is the need for constant access to the Internet, but in times of high-speed Internet and 3G is not a problem. Dead Trigger 2 is a unique zombie shooter.