The TikTok app has recently become very popular among young people. This is a social network in which you can shoot short videos, most often music videos, and live broadcasts, communicate, and correspond with other users. It is one of the most downloaded mobile applications. How is it popular?

Download TikTok - recommend it rather to be on the crest of a wave. 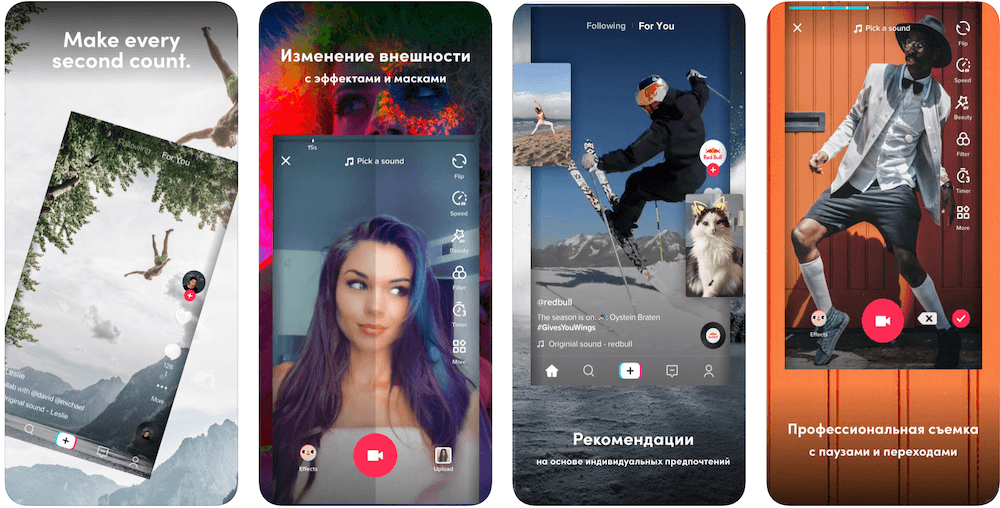 TicToc came to us from China, although it has a different name there. Douyin. But the creators of this social network decided not to limit themselves to China, and released a copy to the international market. In just a couple of years, it has amassed more than 800 million users. And it continues its victorious march, ahead of Instagram and Snapchat in terms of growth rate. Why? It's easy to use and a bit like the apps many people already know, like Instagram, Snapchat, and Vine, but still different from them (we'll deal with that now). It's also joined by Musical.ly users, which is an audience of about 100 million people. That's why TikTok isn't losing ground and remains one of the most popular apps among teens.

Contents hide
1 What's in TikTok and how to use it
2 TikTok Trends
3 List of Challenges Popular at TicToc
4 How to make a cool video in TikTok
4.1 What to shoot?
4.2 How to shoot?

What's in TikTok and how to use it

If you use Instagram or Snapchat, it won't be hard to figure out. But if you don't have it, don't feel bad. We'll figure it out.

Let's start with registration. On the plus side, it's not required. You can watch short videos from the news feed, but you can't customize your preferences and publish your own videos. Signing up isn't hard. You can use another social media account, phone number, or email to do so. 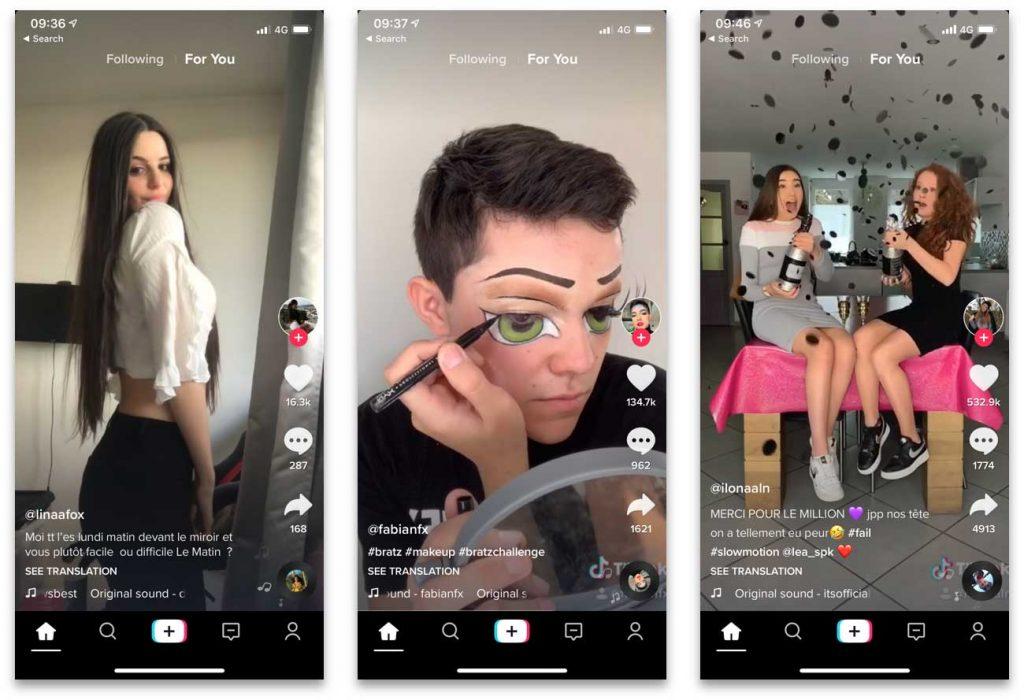 The main place on the screen is occupied by the feed of other users' publications. At the top of the app, there are "Subscriptions" and "Recommendations" tabs that contain videos: the first tab contains posts by users you like, which you set up and select yourself, and the second tab contains the most popular ones.

The Notifications tab is very useful. It contains personal messages, your videos, and notes about your activity in the app. Notifications about the start of live broadcasts, various events and trends are also sent there. The Profile page contains information about your subscribers, subscriptions, likes, etc. It also has a personal QR-code for each user. By scanning it, you're instantly directed to the person's TicToc page. So, perhaps, all the peculiarities of the application usage. But how to make a video in it?

In the center of the toolbar there is a button to add a video: you can shoot a new one or load it from the Gallery. Often special effects are used when taking a video. For example, the very first ones are at the bottom of the screen - very slow, slow, normal, fast and very fast. If they don't appear, click on the circle icon with an arrow in the right corner and 0.5, 0.25, 0, x2, x4 will pop up. The speeds here are denoted the other way round: slow, or 0.5 means you will shoot fast, but the result will be slow, or x4 means you will shoot very slow, but the result will be fast in terms of video speed. You can add music by choosing something popular in TickTock.

In the tools, you can pick up additional decorations, such as glasses. During filming, some people switch between cameras or use paired videos. To do this, one part is recorded by one person and the other part by his friend, but after recording. The first person has to shoot the video, click "share" at the save stage, and select the "Duet" button. If you're shooting a normal video, save it as a draft or post it when you're done. There you can also set privacy and share the video to other social networks.

Special effects are often used in video processing. They are located in the panel on the right, in the same place where you can edit music and sound. In special effects you can add a filter and time effects. Use any effects you like: shake, illusion, soul, 70s, and others.

Another cool option is to make a "Reaction," that is, a response to someone else's publication. Sometimes it's hard to come up with something interesting and new yourself, but in this case you don't have to think too hard: you watch a video you like or one you don't like, take your opinion on it, click "Share," choose the "Reaction" button, and that's it. Your subscribers and other users will see your video, which will overlay a small window on the original.

They still haven't learned how to insert videos from TikTok(

In general, in TicToc you can shoot anything, anything around you, anything you know how to do, anything you're just learning. Here you can show off your dancing, makeup, makeup application, fashionable clothes, etc. The app doesn't limit your imagination at all: if you want, make a video about how you brush your teeth, and if you want, do tricks that will surprise your friends.

http://vm.tiktok.com/R338qD/ - and here's Gerard Leto humming in Odessa - The Pearl of Odessa)

But one of the most popular areas of TikTok is cool challenges. This is a genre of videos in which people film a certain task on camera, post it online, and then offer to repeat the same task to another person, either someone in particular, or all of their subscribers and friends. Challenges are quite popular, some people are good at the idea, some not so good at it. It's all fun to watch, which is why this genre is so common.

As a rule, they are tagged with hashtags so that you can find them and view all videos by a given hashtag. They are not everywhere and not everyone tags them, so where we could, we helped you).

In this app, it's important to show your imagination and make videos the way you do, and other users will appreciate your talent. In addition, TikTok allows you to learn something new, have a good time, laugh from short funny videos, communicate and find friends. So the app is one of the best social networks for recreation and communication, not only teenagers, but also adults. Download right now and dive into the wonderful world of unusual videos.

How to make a cool video in TikTok

To make a cool viral video in TikTok - you first of all need to make a video and not be afraid to do it. I recommend practicing this on a daily basis. You don't even have to post it on social media, but you just have to fight your own shyness and fear.

TicToc is a social network that (as it happens, it was hardly intended by the developers) emphasizes your individuality, where you can tell, show the world (ticToceras) who you are and what you are capable of. And here you should be restrained only by your imagination. And if it's really hard to come up with a story - copy it. Take someone else's story and remake it in your own way. Or copy it on 100%. There are even challenges where you have to repeat everything in the smallest detail.

Look at foreign ticktockers, at their skits and their videos, and repeat with our flavor.

And in the process of shooting the video will be born new ideas, already for your unique video.

TicToc has its own music that you can insert into your videos. You don't have to pay anything for it, and neither does TickTock itself - they're free.

20 reasons why Telegram is the best messenger in 2021