Businessman Steve Wozniak, who founded Apple in 1976 along with Steve Jobs, often speaks out about the products of the California corporation. And sometimes his statements are critical. In a recent interview at the Automate/Promat Show in Chicago, Woz said that with the release of the $17,000 Apple Watch Edition, the company had "moved away from its roots. 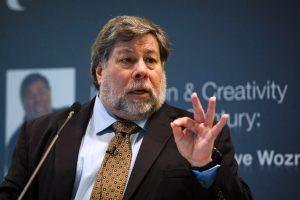 When asked by a journalist what he thought of the Apple Watch, Wozniak said that he would definitely buy the device, but only the cheapest model. The Apple employee and shareholder does not agree with the idea of the Cupertino company producing such expensive devices. According to him, the difference between the $10,000 and $17,000 versions of the Apple Watch "is only in the strap" and not in the functionality. "The current Apple is not like the company we created," said Steve Wozniak. - It's not the Apple that moved the world forward. "Earlier this week, Steve Wozniak gave an interview to the Australian Financial Review newspaper, where he said he thought it was appropriate to buy only the most affordable version of the smartwatch, the Apple Watch Sport. The purchase of Apple Watch and Apple Watch Edition models, from the point of view of the 64-year-old engineer, is not the right investment.Wozniak noted that he followed the presentation of the Apple Watch, but will not make final conclusions until the device is on his wrist. He has had experience with the Samsung Gear before, but neither that watch nor its competitors have remained in his life on a regular basis. Woz believes the most important factor for the success of the Apple Watch is the apps that will be the reason to wear the accessory.