"Tomorrow I'll start learning programming" - do you recognize yourself? And every time it is stopped by the fact that the process of learning programming is long, meticulous and requires concentrated attention, constant presence near a computer. Therefore, most often potential students who want to learn such a science as programming run out of motivation and desire at the first step "to start". Let's try to help such children. Now, in the era of total mobilization of the world, it is easier than ever to learn programming. We will tell you about the "revolutionary method" about an app for learning programming. Learn programming anywhere, in line, on the toilet, on the bus, or lying on the couch. 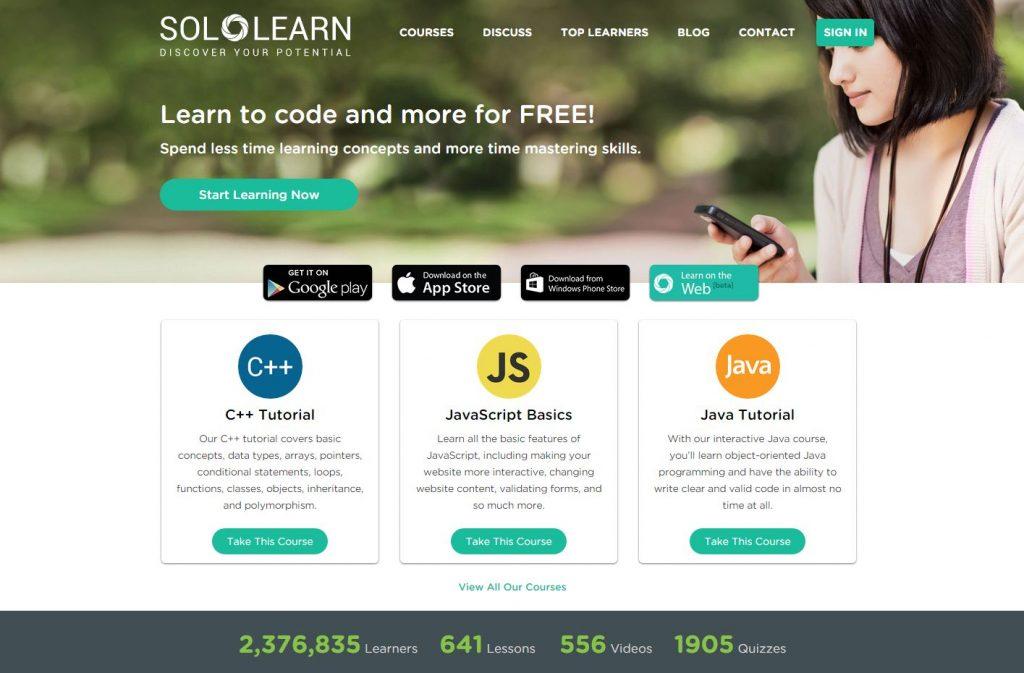 Get basic programming knowledge with Sololearn

Sololearn is not just one app, but a whole platform of apps for learning the basics of coding. The Armenian-American startup has gained popularity all over the world and has become the leader among mobile applications for learning programming. The platform has over 12 million registered users, with 916 lessons and 2,700 tests available. It is designed for beginners who have never seen code before. You can get basic knowledge in areas such as: C++, Java, Python, Java Script, PHP, C#, Swift, Ruby, HTML, CSS, SQL.

The course, even though it consists of lessons and tests, is very similar to an exciting game. Lessons are composed according to this principle, brief reference materials with examples of working code alternates with test tasks. Playing and passing the level after level, the student acquires the knowledge and necessary programming skills. The main slogan of the platform is Learn Playing. Play Learning. Learn programming by playing. Play - learn. For each correct answer to the tests, students get points. Bonus points are awarded for passing 3, 5 lessons in a row, for half of the course or for the entire course. There are weekly battles and updated rankings with the best examples of students' working code. The application can be downloaded for free. It is available on all platforms - iOS, Android, Windows Mobile, as well as the web version. At the moment the application is only in English, but soon the developers promise to add Spanish and Russian. You can learn even without an internet connection. There are many alternative mobile applications, but often only in one language or for a fee. For example, the mobile application Lrn. The cost of the full course is 2,99$. The course is in English. Available on the App Store and Google Play. Basic knowledge can be obtained in the following areas: HTML, CSS, Javascript, Python, Ruby. Also developed mobile applications for educational platforms - Udacity, Khan Academy, Coursere Lynda Apps, Codecademy Hour of Code. The lessons include both theoretical material and practical exercises. Most are available on iOS and Android.What apps do you use to learn programming? Write about it in the comments. Author: Anastasia Kobets