Slide the Shakes will be available in the App Store on February 25, but the game is already awaited by many. And no wonder - the product was created by a team of developers Prettygreat - by Australians from Halfbrick, a company known to many for its mega-popular game Fruit Ninja. The design is by Luke Muscat, one of Australia's best game designers. And it's pretty damn good.

Slide the Shakes is the second game of the Prettygreat team, their debut project was a rather successful game Land Sliders. Based on the names of the projects, it is clear that for the creators of these two games the word "slide" - more than just a word! 🙂 Watch the premiere video trailer of the game.

https://youtu.be/EmMT6OYslU4Slide the Shakes is about sliding a cocktail down the bar to a waiting customer. Naturally, it's not that simple - there are many obstacles along the way - uneven, sticky, icy surfaces, varying speeds and inclinations. You must bring and stop the glass with the drink in the green zone of the bar counter without spilling a drop. 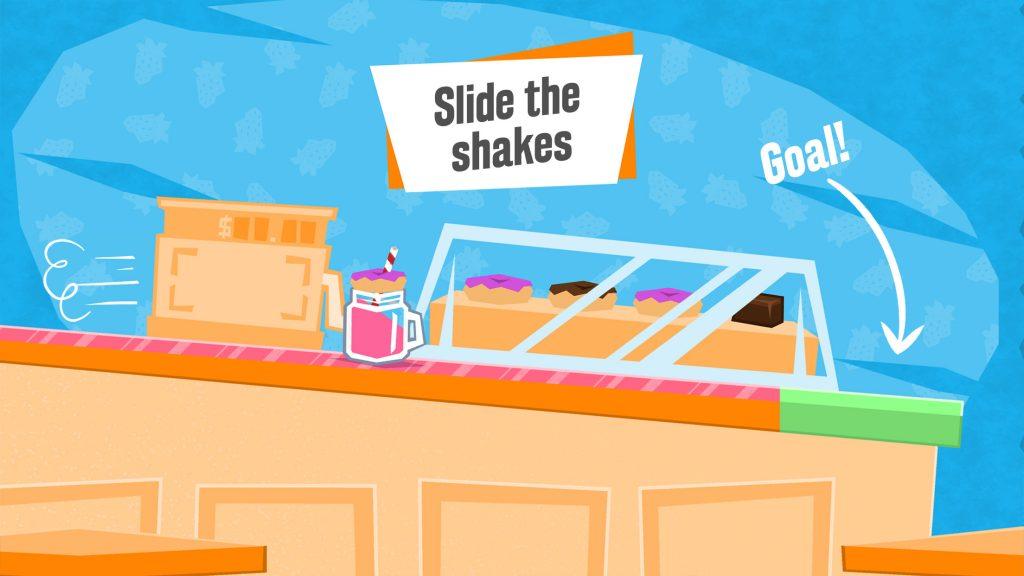 As the developers themselves point out - simplicity has always been their forte, and their new brainchild Slide the Shakes is a simple game that will nevertheless be fun, bright and cheerful.The game will be available for free download after launching on the App Store, on Thursday, February 25. From the looks of it, this cute game has serious potential, and gamers should appreciate it.