This is my second approach to Shop Heroes. The first time, it happened that I did not understand it, I put it aside. Of course, is it interesting to be constantly stuck in the store and sell penny knives or something. Tutorial, which is available at the beginning of the game - sensible, but still not answering all my questions. Therefore, after suffering for a few days, I gave up on the game. After many months, rather accidentally I downloaded it again, and what was my surprise when I found in this game a lot of things, just incredibly many things. In order for you not to step on my rake, I decided to do a review article, where to give for the game Shop Heroes: tips, recommendations, tricks. And even before you start playing, imagine what is in the game Shop Heroes:

Go through the Tutorial (Inner Guide to Shop Heroes)

Be sure to pass it. I have the game was originally in English, which made it a little difficult to understand some of the processes, but as it turned out, there is a switch to Russian in the settings. Do not be lazy to switch and go through the internal guide. It shows at least the mechanics of the game, without a lot of details, but you will at least navigate the game interface. By the way, there are three game interfaces - the store, the inn and the city, and it's in the first and second that you'll spend the lion's share of your time.

Choose your way of playing

The game is very multifaceted. If you just play it, you won't last long, you'll get confused, tired from lack of resources, misunderstanding of processes, and generally "where are the millions? In order to make up your mind, I'll tell you about the ones I've discovered or read on the Internet.

Mercenaries are not only about passing insts and mining important resources, but also about precious experience and the ability to find a new recipe through chests and purses. Very often they bring with them jewels in pouches and chests. There are recipes there.Dress mercenaries gradually. I noted for myself at first this way:

It helps to keep a certain bar and understanding what to strive for. If budget allows, you can at least in 300+, it's to the objections about gradualness.The higher the level of a mercenary - the higher the dungeon he can pass.Be sure to do quests for the hero. They allow you to get unique properties of the hero. Sometimes, in order to pass the quest - lit item in a red cloud, it means that the hero must wear it. If it is in the inventory, the hero will put it on with a balk-click. 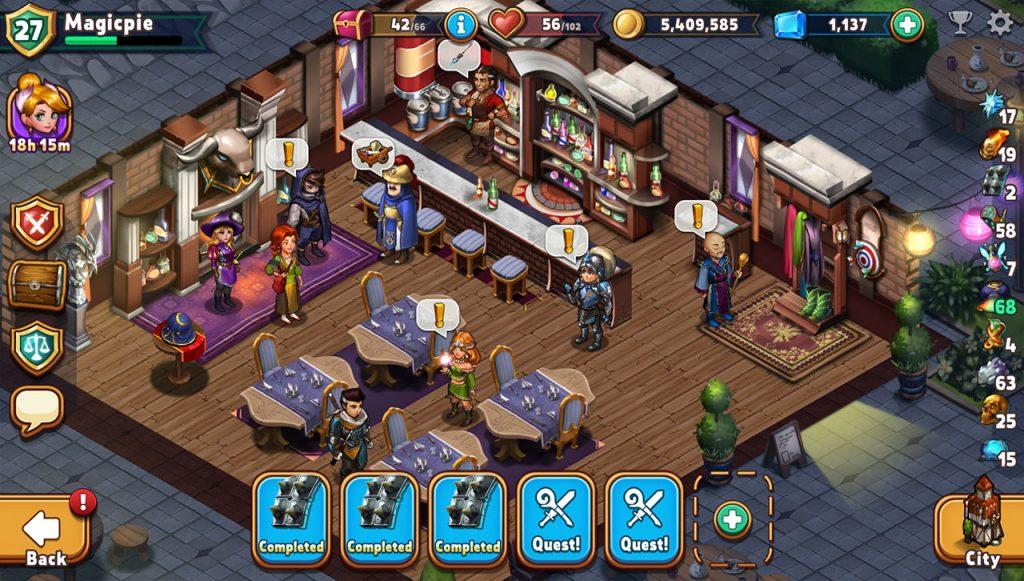 How to make a quick million in Shop Heroes?

No matter which way you choose to play the game, achieve the "Interior Design" achievement up to and including the penultimate star. Your cost will be 30k gold, but you'll get 1,2,000,000 gold for the achievement. The profit is quite obvious. You can earn literally the first hour of the game. Just buy all the carpets, curtains and everything else and put it in your store. Then you can remove it.

You choose one direction and focus solely on it (read about Ways to Play). For example, I decided that I was going to be an armor wizard who made exclusively armored, latticed shoes and boots. As a result, on the second day I earned my first million. The most popular product, on which I and raised his first million were - "hiking boots" in the store they bought at 1953 coins, and at auction went like cakes at 15-17000.

You hire and equip your team as best you can, matching your budget of course, although after Mode 1 you won't have a problem with that. So, and your team should non-stop collect resources to create things. Now at the auction is good Burning Amber - 13k apiece, although the coolest thing on the level of T1 dungeons - will wing Vivierna for 65k, it and should strive. Actually, the rest you can score - earned money, spend on weapons mercenaries. 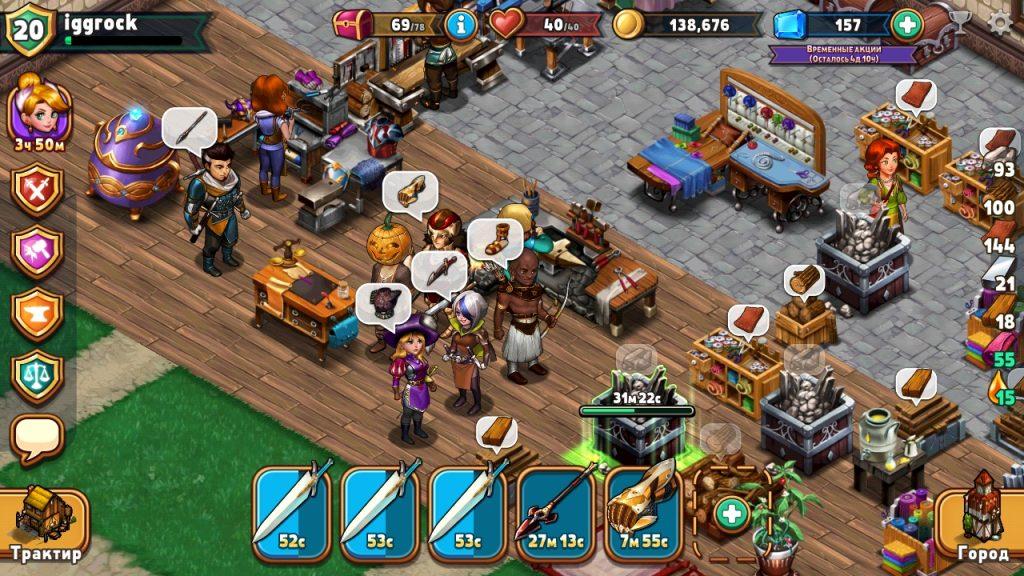 And little tricks of Shop Heroes

Which recipes/drawings provide a tangible income?

Before proceeding directly to the recipes I want to warn you that the amounts are approximate because there is an active market in the game, so there may be variations.

Also keep in mind that the game is constantly evolving and some recipes I might not have considered, but to start, to start and generally understand the game - this list of recipes is what you need.

Where no skill is specified, the default skill of 1800++ is taken, and the revenue for 12 hours is everywhere.