Service ShazamThe app, which allows the recognition of music, has presented a similar function for images. It is stated in a press release of the company.app Shazam has learned to recognize not only music, but also to read a logo or QR-code with the help of a camera. For the launch of this function, several magazines, including Esquire и Sports Illustrated released covers or related materials. 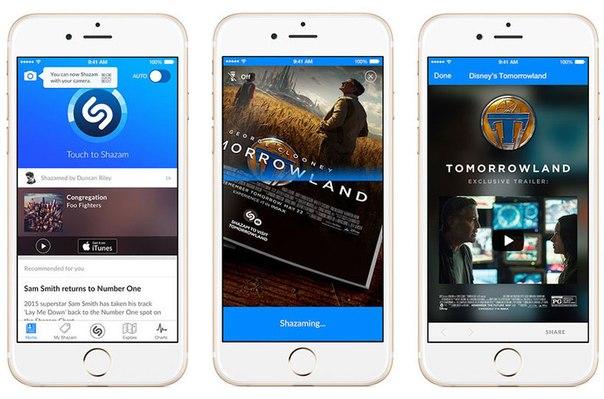 It is noted in the report that now the service can turn images - from posters, packages of products to printed editions - into interactive content. Users who have downloaded the latest version of the application can scan a QR code in the form of a logo Shazam. For example, Disney printed the company's trademark on the posters of the movie "Future Earth". By reading the code, the user enters an interactive project, where it is possible to read information about the film.The company announced the conclusion of partnership agreements with leading global brands, which will allow users to use the new feature.The application Shazam is used by 100 million monthly active users. In February it became known that $8.5 million was invested in the company by venture fund Buran Venture Capital, whose investors are co-founders of Mail.ru Group, Mikhail Vintschel, Grigory Finger, and Boris Mints through O1 Group.