For the sake of interest, I searched our website for mobile Overwatch options and was surprised to find that there are actually many ported counterparts on the market. There are, for example, Overwatch from above (review and Brawl Stars guide), there is also "soldier Overwatch" (Modern Combat Warfare review), and here's a "too cartoonish Overwatch" (FRAG Pro Shooter review). And now the "most mobile Overwatch" is out. Shadowgun War Gamesand you're unlikely to find anything more "overwatchable" than a project from MADFINGER Games.

Of course, this is a very relative title - Shadowgun War Games is an exclusively copyrighted product, which has some similarities with the Blizzard's title. Perhaps somewhere a little more than necessary, but enough to avoid getting into the zone of interest of American lawyers protecting the Blizzard copyrights. You'll understand it all yourself a little later, but for now - a few words about the game itself. In general, Shadowgun War Games is a 5 on 5 mobile online shooter, which has several game modes and characters (5 of them so far) with their unique abilities. Our task is as simple as possible - we participate in team fights, complete tasks and earn points. The more "standing" on the ground or killing enemies - the higher the chance to win. Gameplay is clear - it's the usual mobile "shooter", which has recently begun to appear more and more, and the developers simplify the gameplay to please the public (and to simplify the interface), which does not like the hardcore players. 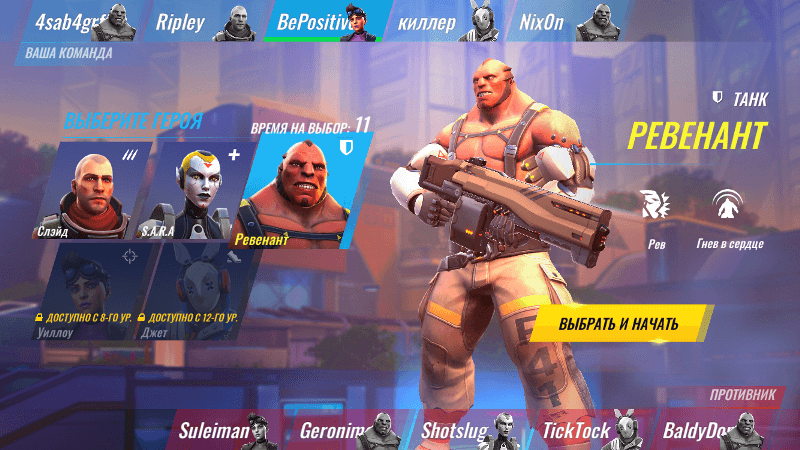 For those who are interested The official release date for Shadowgun War Games is February 12, 2020But, as you understand, this was preceded by several months of closed (and then open) beta testing, so the App Store information may be different.

Since this is a 5 on 5 team shooter, you should try to assemble a balanced team. Because of the sparse pool of characters, it will be easy to do this - everyone will take one, and the balance will be respected. What's more, the heroes vary by class, so their number is sure to grow in the short term. We have the typical soldier (assault rifle) Slade, the fast running flanker Jet, the pure S.A.R.A. snapper, the equally pure sniper Willow, and the tank Revenant. I recommend playing for each (especially since Willow and Jet are unlocked after reaching a certain level) to understand the familiar position and learn how to perform the required role of the character. The easiest option - to take a relatively tank and damaging Slade to understand the basic aspects of the game, the mechanics of movement and so on. Then start to take someone more difficult and play to your strengths. 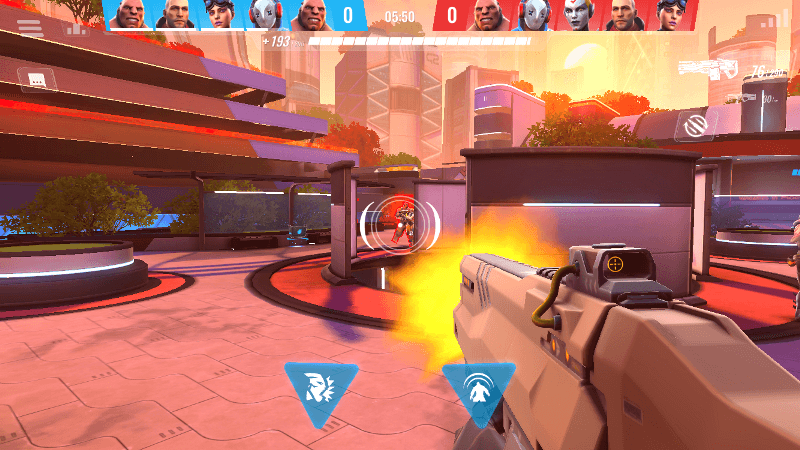 My personal opinion is that you should play either Revenant or Slade. If you get Deathmatch mode, there's not much room for the sniper to hide, and given the speed of the characters' movement, it's hard to hit with a scope. Sapporit no one wants to, so if you learn to play as Sarah, you'll be welcome on any team. Jett doesn't have much to do either - you play solo, very often without a microphone or team, and hardly anyone realizes that you have to divert your attention while you come in from the side to do extra damage. Jett's flag-grabbing skills will be useful, though.

A little about the interface - it is as simple as possible here, because it is implemented automatic shooting at the pointing of the enemy. A double tap on the right side of the screen activates aiming mode, in the upper right corner there are buttons for switching between weapons and reloading. At the bottom of the screen there are two buttons for applying abilities. If necessary, you can edit the interface, but there is not much scope here. Some players in the comments to the game offer the opportunity to aim and shoot like in PUBG Mobile, but it is unlikely it will be useful in Shadowgun War Games, because the gameplay is not sharpened to that. There are only two modes here, and about both of them we have said - this is the usual firefight between two teams and capture the flag. Perhaps the developers in the next patch will offer something else, thankfully in shooters all the necessary modes have already invented. 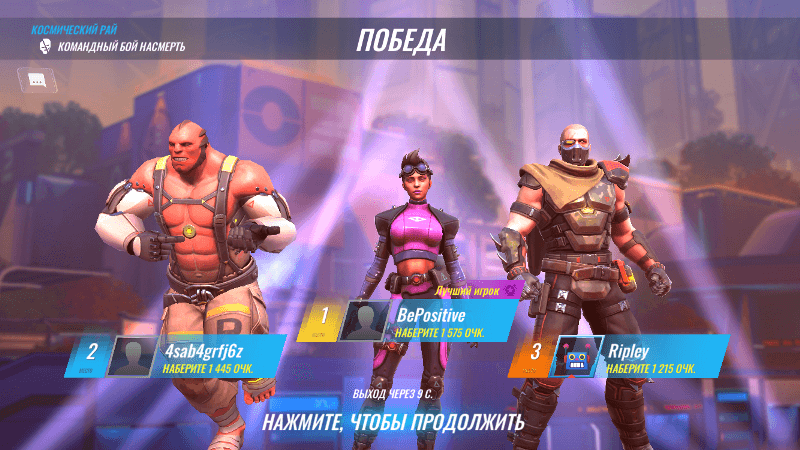 Overall, the game looks great, I like the picture and the dynamics of gameplay. But so far Shadowgun War Games is raw - even with a good connection it may not launch or periodically crashes, and it also warms up the device very much. The latest patch has improved the situation, but not enough to eliminate all these shortcomings. The game has no value for the genre - it is really just another shooter that you don't really want to go back to. Perhaps the developers will strengthen the position of Shadowgun War Games, but it will happen, at best, in six months, when they bring new modes and more playable characters, but at the moment it can not boast anything, except for the beautiful graphics and, perhaps, that's all. We are waiting for updates and more content, as well as bugfixes - there is nothing more to say.