Such a genre of games for smartphones as tower defense is still popular and in demand among users. That's why the company Outplay has tried to develop a really interesting and fascinating application Casteres Careers TD. We are going to tell you some cool tips and secrets that will allow you to pass the difficult levels that are aimed at building the tower, strengthening it from the enemies. To do this, use crystals and money that allows you to buy new weapons, develop heroes and defend the territory. 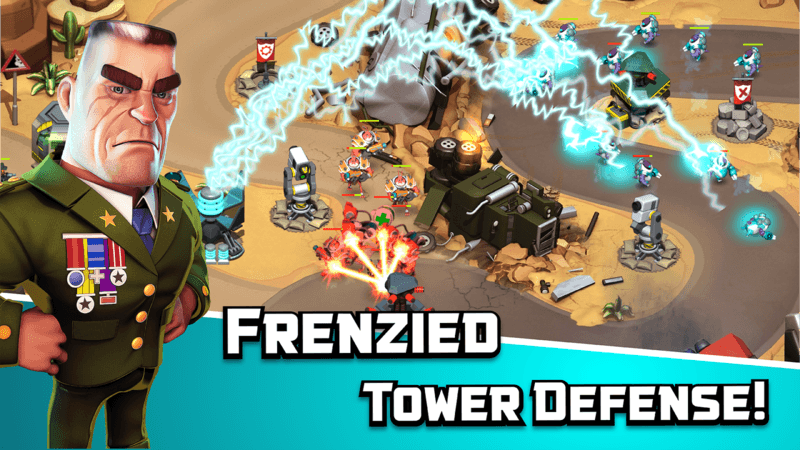 Perform daily duties and then get more opportunities to win. To do this, you have to visit the game at least every day and open the chests with gifts, and among them there are many valuable things. Also you can find out the list of updated quests that take a couple of minutes, but bring good rewards, allow you to get the keys of the hero to open the chests.As for the battles, it is important to learn a couple of rules that will allow to come out of them victorious. So try to set as many traps as possible, because then there will be less space for the enemy, and it will be easier to defeat him. There you can also use towers and infantry, which are cheap and highly effective. Then the tactic is as follows: surround the enemy with infantry, and place the turrets next to each other to inflict maximum damage. When doing so, take into account the enemy's capabilities and weaknesses, and you will be able to choose the right type of tower. As for the sentry towers, use them wisely and only for battling bosses, because they attack only a few times and take a long time to recharge, despite their magical abilities.Do not forget about the preliminary preparation, as you can improve the towers and not during the battle. Try to do modifications of the second and third level, because then you can unlock more new features. The same goes for heroes, and there may be a lot of interesting things in the chests for their upgrades. Each new character will be unlocked at level three and six, so it is important to balance the abilities and combat qualities of all newcomers with the ones you already have.The main advice when passing levels is to set all three stars, because then you can unlock more abilities and resources. Therefore, it is better to replay several times, which does not take much time if you have more than two characters. Also buy gems in Castle Creeps. To do so, you will need to additionally download this mod from the store. It is better to resort only to the official sites, which will ensure the safety and security of the data. With the use of gems you can pass the levels much faster, and new features will be opened after each battle.