Everyone loves to play games that remind them of the past. That's why pixel platformers remain popular even for users of such top systems as PlayStation 4 and Xbox One. 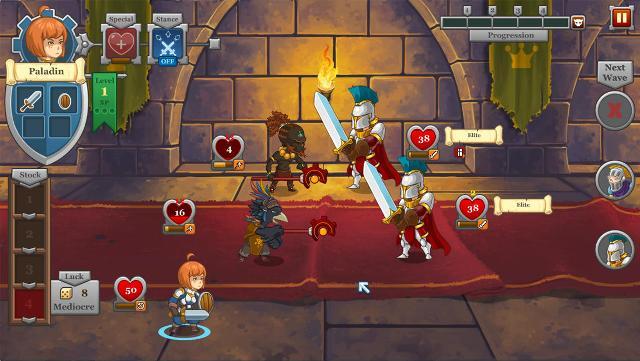 QuestRun - is a role-playing game in which your heroes (up to three in number) stand on one side of the screen and deliver automatic strikes to the bad guys. Of course, the enemy strikes back at you. Your task is to defend effectively and last as long as possible.You can use the skils, which are pumped with each strike. They vary from level to level, and include powerful attack magic and healing abilities. The second group of skills is another key to survival. However, keep in mind that they can raise one stat, but lower another. 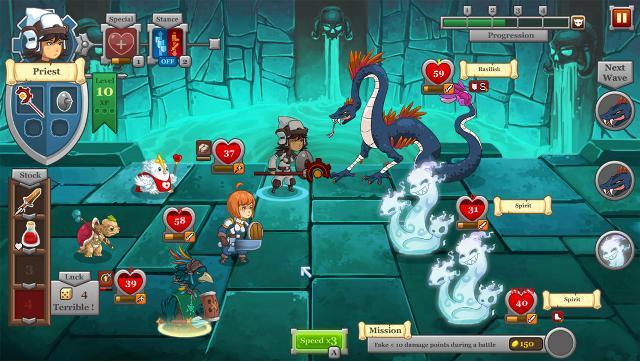 When trying to accelerate, the character too speeds up. This is a problem because you collect weapons and trophies during combat, and you need to constantly manage your inventory.I would also like to note the tiny text accompaniment and the general lack of quality. 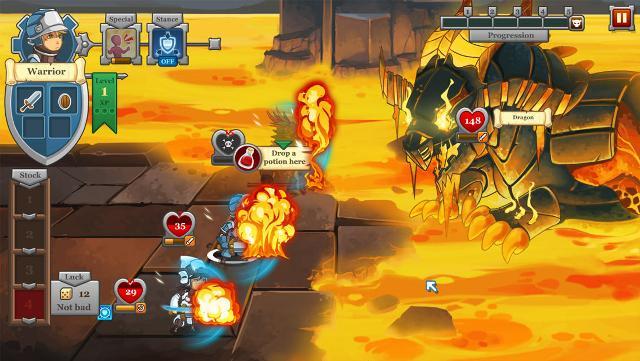 Extremely incomprehensible markings and descriptions of skills. A sword probably means attack and a shield means defense, but what does the huge letter "S" mean? QuestRun would have been better illustrated and not limited to optional battles. To be honest, they are difficult for a beginner, because they explain very little. The more you play, the more everything that happens makes sense. QuestRun there are considerable problems. The game has potential, but it could use a good re-tooling.