The passage of Machinarium on iOS and Android can be simplified by following a number of our recommendations and tips. The game is made in the best traditions of the old school of quests. A huge number of witty puzzles and rich imagination of the developers will surprise you.

A special feature of Machinarium is very close interaction with objects, the environment and characters. In the process, all the key actions are performed independently, at a short distance from the target. You will not only have to guess what is required of you in this or that situation, but also clearly indicate what to do and with what. The only drawback of the game is the short duration of the plot, so do not use the passage of the game Mashinarium, try to pass the game by yourself.

For your convenience, the Machinarium walkthrough guide we broke down into logical chunks that define each level of the game. There are separate hints for each Machinarium level. Which ones? Read below. 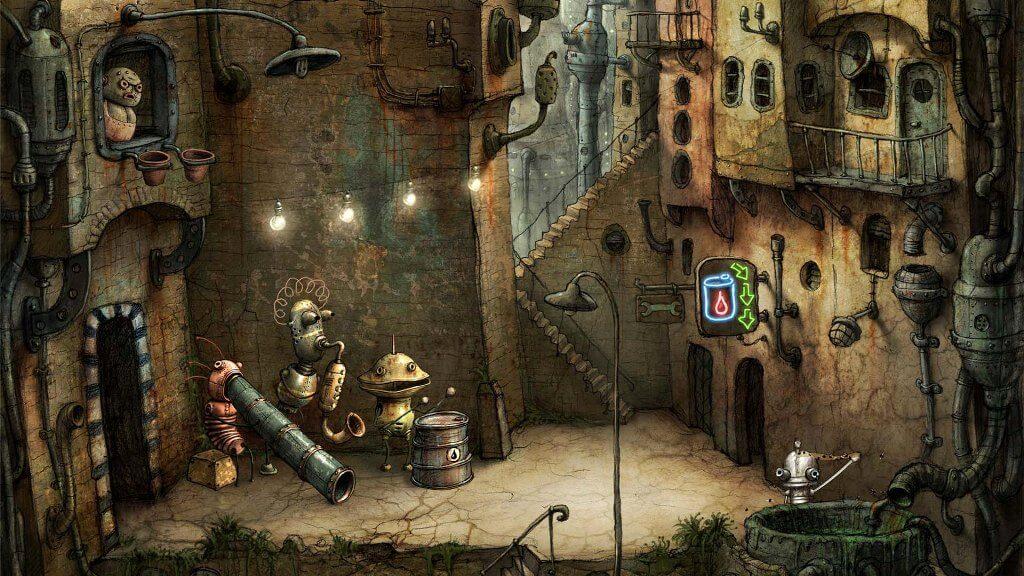 Contents hide
1 The passage of the game Machinarium - detailed video
1.1 Passing the Junkyard level
1.2 Passing the checkpoint level
1.3 Passing the level Industrial district
1.4 The Stokehouse Level
1.5 Passing the Camera Level
1.6 Passage of Machinarium in Chambers
1.7 A woman with a dog
1.8 Musicians
1.9 Drum
1.10 Saxophone
1.11 Getting the Cat
1.12 Clock Square
1.13 Hostage
2 Botanical Garden
2.1 The Bomb

The passage of the game Machinarium - detailed video

Choose the way you feel most comfortable. 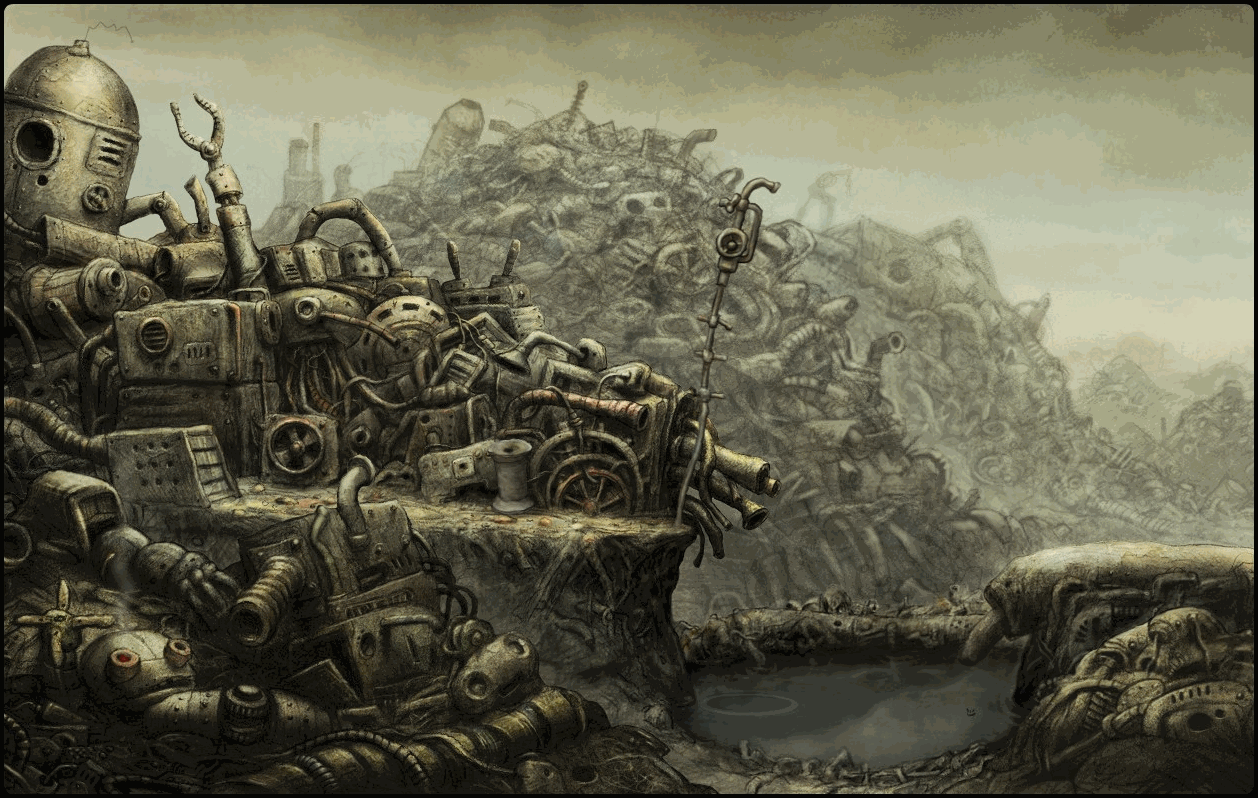 Immediately the hero finds himself among a pile of garbage, with his body divided into several parts, and a bathtub falling on top. To remove it, you have to touch it twice. After that:

The passage of Machinarium at the checkpoint level is like this: 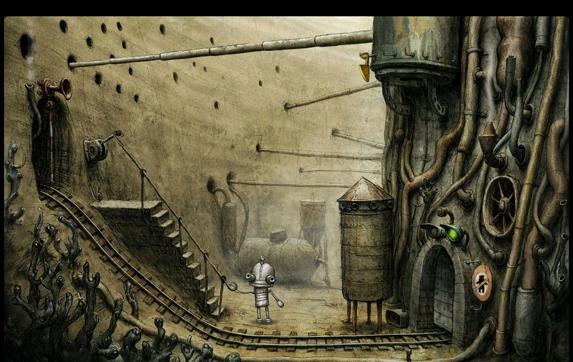 At this level, follow these instructions for a successful passage:

Begin to pass the level when the enemies disappear from the horizon: 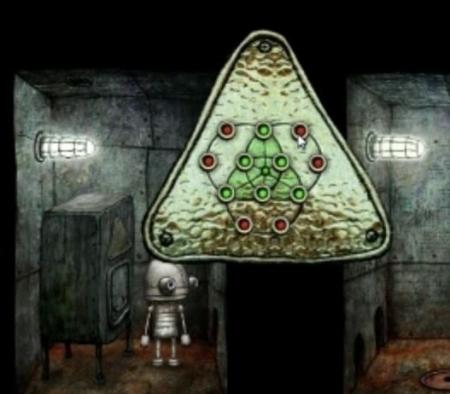 Passage of Machinarium in Chambers

A woman with a dog 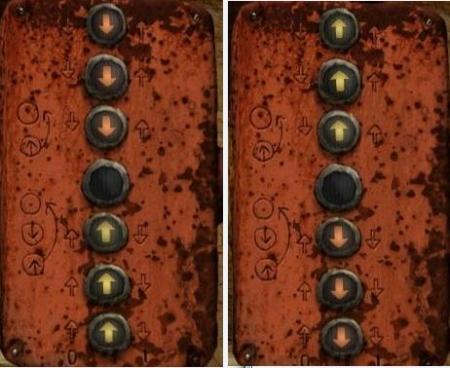 Use this scheme here:

You will see musicians who need your help, they will ask you to find the right instrument (or part of it) or to clean the instrument.

In this level you will be in a cabaret, where it is necessary:

In the saxophone level you have to play checkers and beat your opponent. After losing he will scatter checkers and you need to collect at least five and give them to the musician. He will play for you, but granny will again throw a flower, which you also take for yourself. 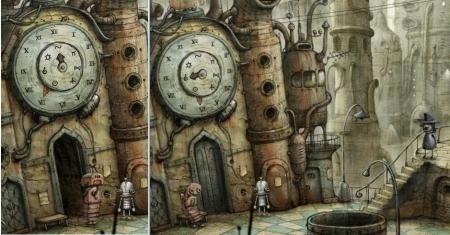 On the last level of the "Bomb" in Machinarium:

This concludes the passage of Machinarium. Admittedly, it takes a lot of time and effort.