Gradually it came to naught The excitement generated by Pokemon Go. There is still no unequivocal opinion among the masses as to whether it was a carefully planned marketing campaign or whether the excitement was still alive. Let's leave this topic to the analysts. We found 10 and a half tips for those who are just starting to play Pokemon Go, and we're pretty sure it will help you. Let us remind you that the essence of the game is to find electronic animals - Pokémon, find in a very real form, with the help of your smartphone, where the game is installed. Once you have caught a critter, you can increase its levels, cross with each other and fight with other players.Who is not on the subject, you can download Pokemon Go on the AppStore и Google Play. 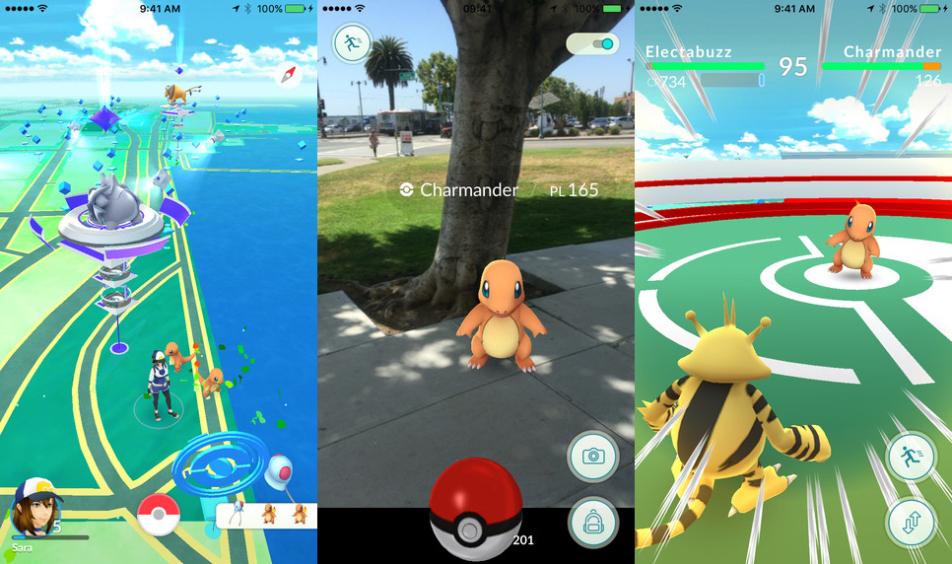 There is a lot of dust in the beginning, and amplification (power-up) is cheap. Don't be tempted! You'll quickly level up and catch Pokémon with better base CP. There will be more on this topic in the future.

2. arenas? Ignore them at first.

Around level 10 (depending on where you live and what pokémon you catch) you can contribute to the "war", but don't rush. First 10 levels it's better to catch, farm, learn, study the area.From level 10-15 either walk around the area with a couple of teammates and knock out arenas, or find your team's arenas and pump them with training, leaving your pokemon there. Each arena that has your pokémon brings you 10 coins and 500 dust daily. At level 10-15, it's time to learn the combat system. But again, don't waste dust on reinforcement - the 100CP difference isn't worth it.

3. Decide who you will evolve.

In most cases this means choosing cheap evolutionary pokémon (Beedrill, Pidgeot, Eevee-lucia). Especially don't overlook Eevee, catch them if you can - they're good! By level 10 you should have enough candy for a couple of these evolutions. You can do this as you accumulate candy, just (and I won't tire of repeating this) don't waste the dust! Yes, you'll make a 300CPsh Eevee into a 900CPsh Vaporeon, and he'll have 90% arcs - still don't waste it! You'll see why in a moment.

For one candy, send critters to the meat grinder whenever you have duplicates of the first or second stage of evolution. (For example, out of 10 Pidgey or Pidgeotto, burn 9.) Don't leave a pokémon for later - by the time you get candy for another evolution, you'll have better ones.For example, you can make a 300CP Eevee into a 900CP Vaporeon, but after a couple of levels you'll have a 400CP Eevee, which should make you a 1100CP Pokémon! I catch 1-2 Growlithe a day. I still don't have his Arcanine evolution. I give all but the best Growlith to the professor over and over again. My first Growlith had CP80 and I could pump him up to CP550 for 50k dust, but now I caught a wild Growlith with CP550 for free.Pumping before and not after evolution is pointless, especially if you don't have enough evolution candy yet.However, if you have a 95% Growlith and 56 candy and really want to pump him to the max for 6k dust and 6 candy - you can, 6k is a change.

5. For beasts with three stages of evolution, do not evolve step by step.

And immediately jump from the first to the third. If you have 25 Gastly candies and want a Gengar, don't involute a Hauntera until you have 125 candies.If you make a 200CP Gastly 370CP Haunter - by the time you've got a hundred more to make a 740CP Gengar, you'll take 5 levels, and you'll have 350CP Gastly - from that you'll make a 600CP Haunter and a 1200CP Gengar. Feel the difference?

6. The exception to the dust rule is very, very rare pokémon...

I've got Aerodactyl, for example. I bet I won't see another one in the next 2 months, so I'm pumping him little by little since he's my main attacking pokémon (love him).You may want to make more exceptions to the Number One Rule, but trust me, at level 20 the difference in dust count is very noticeable.

It is especially effective at beginner levels. If you get a Lucky Egg, don't waste it. Leave it for later. Soon you'll realize that the world has been overrun by Pidgey and Weedl's, and you have enough candy for a small candy factory. Collect about 200 Weedle/Pidgey and 300 for Rattatta, catch about 25 Weedle/Pidgey and 12 Rattatat - FARM time! Evolve all these Pokémon ONE time. (It only costs 12 candy for Weedle, Pidgey, and, if you have one, Caterpie). You'll get 1000XP for each evolution.Then transfer the evolved pokémon - don't swing all of them to Beedrill, Pidgeotto, Butterfree. Save one of each species with the highest SR and evolve them - I bet the result will be more than the animals you had before.The result is 2-3 levels and 2-3 new superpokemons.

8. Select your "gang" when attacking manually.

When attacking arenas the game offers you what it considers a good team. This is not always the case. You can click on a pokémon and choose another, or change the order. I think type is a higher priority for the game than SR - it puts my 900CP Electrobuzz against 1000CP Vaporeon instead of my 1450CP Vaporeon, which bends everyone. Sometimes it helps, sometimes it hinders.

9. To raise the prestige of your team's arena, you don't have to beat all the Pokémon in it.

10. Often forgotten: If you have a stable internet connection, restart the game often.

I do this every 10-15 minutes. This keeps the list of nearby pokémon updated, removing the "ghosts" from it (No, I don't mean Gastly) And the depressing wall of 9 Pidgey nearby is only reduced to the four that are actually nearby.Also, restarting better shows rare and new pokémon, especially those that periodically disappear off the radar. Sometimes they do go missing, and you shouldn't waste time on them. And (better yet) sometimes they stay!

Always keep your eggs in incubators. Use the endless incubator for 2k eggs and the triple incubator for 5k eggs. If possible, don't use 10k eggs until level 18-20! That'll hatch at level 4, 500CP Lapras, and you'll regret it later.EDIT: There's an argument in the comments about this advice. Many say that pokemons in eggs are generated when you get the eggs, so waiting is useless, and is a waste of three times incubators' mileage. Neither side has proof yet, so I'm keeping them for now just in case. If they're taking up too much space with you, stick them in the incubators, but I haven't had that problem yet.

That's it! share your tips with your friends! Write your own in the comments!