For the second week already hangs at the top of the AppStore new game Plants vs Zombies Heroes - where you will again have to fight with zombies in a classic card game. And what's special, this time you'll be able to choose the side of the zombies and finally punish the arrogant plants! In our tutorial we will tell you about the tricks and tips that will help you in the battle. Our Plants vs Zombies Heroes guide will give answers to many questions that appear in your game.Game developers, in the beginning of the game, perfectly tell you about the mechanics of the game, attention - card game, about the basic things, but of course nothing detailed will be reported to you. For this you need to get your own experience or read our guide :).

We played in the Plants vs Zombies Heroes since their release and have picked up useful tips and tricks for building a good deck, managing resources, getting more gems, and other general strategy points needed to win.

Our article to help you Build the best deck in the game.

Contents hide
1 Plants vs. Zombies Heroes guide - tips, tricks, strategy, decks
1.1 Decide who to play for - Zombies or Plants?
1.2 Playing for Zombies.
1.3 Playing for the Plants.
1.4 Change (discard) any card at the beginning of the game.
1.5 Defense is the best offense!
1.6 Be careful when you play moves with tricks
1.7 Learn to use the Elixir effectively
1.8 Do all the Assignments
1.9 Don't rush to play PVP 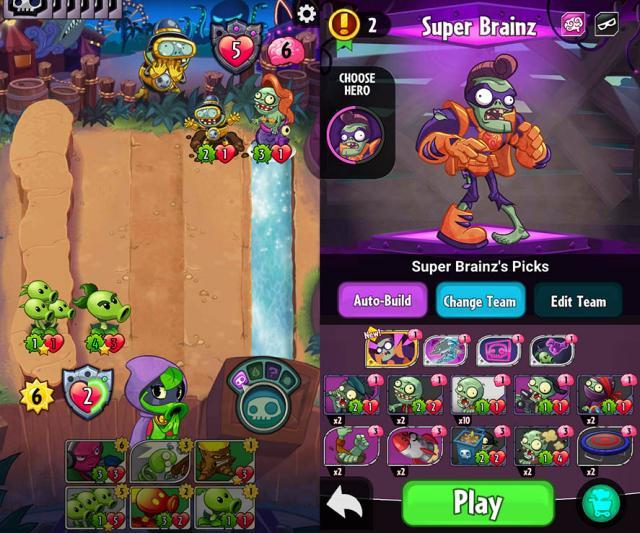 Decide who to play for - Zombies or Plants?

You have the choice of playing as a zombie or a plant in each game. If you play as a zombie, your currency is brains. For plants, it is suns. On the first turn, each player gets one sun or brain to start a round. Each round players get another sun or brain (for example: round 1 = one brain, round 2 = two brains, round 3 = three brains).

Zombies always lay a card first. But remember that zombies can cheat (hide their moves), so use that. So don't spend all your time thinking about what card to lay, you can do it later.

Playing for the Plants.

Plants walk always after Zombies and their secret gizmos.

Change (discard) any card at the beginning of the game.

From the beginning of the game you are dealt four cards and one superpower (cheat or plant power). At the very beginning of your turn, you are given the opportunity to change the cards in your hand, discard the ones you don't need, and replace them with other cards from your deck. Sometimes you need to do this, like when you have a high-cost card. And you remember that you only have 1 "currency" for an ode at the beginning of combat. The second turn is 2 and so on. That's why you can't go with high-value cards.

Defense is the best offense!

Zombies get their cards first, so if a zombie is playing "in the lane," the best thing to do is set up a plant in the same lane to counter the attack. Protect your hero, since he only has 20 health. If you don't already have room in the first lane, the right move is to move them to the second lane and saturate the defense line. Or reinforce weak plants that could stand up to the zombies that are in his lane. If you are playing as a Zombie, the same rules can also be applied for their side. Defense precedes offense. 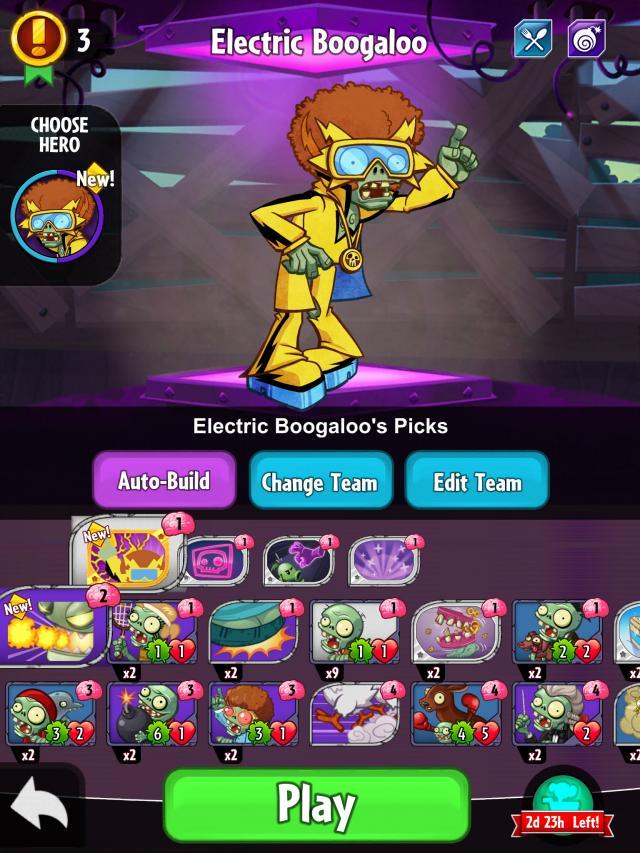 Be careful when you play moves with tricks

Using tricks costs only one elixir per turn, but my experience is that it is better to refrain from using tricks and cheats at the beginning of combat. Hold on to them and use them closer to the middle or end of combat. This will be much more effective and correct. Certainly, if there are no other options.

Learn to use the Elixir effectively

In most such games, there are elements of control of the game resource. Similarly, in Plants vs Zombies Heroes there is this element. When you want to play cards, it's best to play the most efficient ones (logical, right?). For example, at the beginning of the game, it's best to play cards with a lot of hitpoints (health). Sometimes this will be a major key advantage.Cards that trigger additional plants or zombies are very effective. Other good choices are cards that do more than one activity at a time. For example: Threepeater can shoot shots at its lane as well as both lanes to its left and right, or Spineapple, which gives two hitpoints to all plants without power.The question arises - who to play as? Whose deck should I pick? Zombies or Plants? I must say that it depends on your playing style. Try to play both, feel the difference between them, and choose the style of play that suits you best. Here are a few tips for making a good deck, regardless of your hero.

Do all the Assignments

There are two types of quests in the game - daily quests and Hero's quests. As a rule, there are three missions available every day. They can give you interesting rewards, namely gems. Check what is given for mission rewards before going through them.The other type of quests are Hero's quests. They are specific. They are slightly weaker, so the reward from them is less. 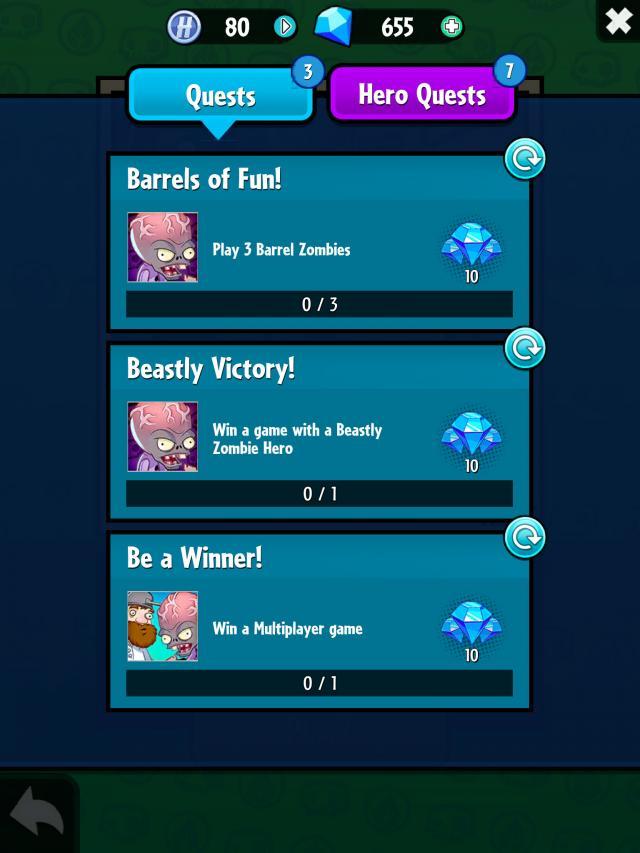 I'm sure that as soon as you see multiplayer battles, you'll immediately unlock them. And rush into battle. But I recommend that you master the game, build a good deck of cards. Complete Hero quests and daily missions to get as many good cards as possible, maybe even put some money into the game to unlock additional cards. As you remember, gems are needed to buy more cards, leading to a better deck. Play single-player games until the daily quests become an easy walkthrough for you. All this is to get you more familiar with the mechanics of the game, build a good deck, and finally kick everyone's ass in PVP.That's it for today. If you have any more tips or recommendations for the game Plants vs Zombies Heroes. Write in the comments about the tricks you use, as soon as we have enough of them, we will write a new article with tips and recommendations. Share Plants vs Zombies Heroes guide with your friends.