The main event of the last week on the App Store was the release of Planet of Heroes by Mail.ru Group - MOBA, which is in the top in a bunch of countries and at the moment, since March 9, for 4 days, it has already been downloaded by 275 thousand people. The game got a big banner in 80 countries, but it certainly affected the number of downloads. And in fact, it's on roughly the same course now as Clash Royale last year. 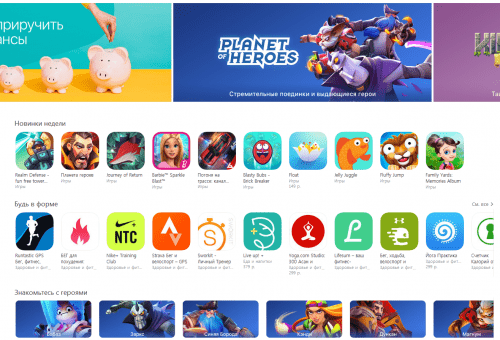 DownloadPlanet of Heroes for iPhone and for Android.

Want to try a new MOBA, but on mobile? But to be similar to DOTA 2 and League of Legend with a mobile platform, then you should try to play the new game Planet of Heroes. Then you will be presented a modern battle arena, where they used the mechanics of DOTA. The main task is to capture and destroy the enemy's base. Because of the mobility of the version suffered a little bit of stuffing, and there are some limitations:

But the battles last about 10 minutes, so you can use the game on the way to work, during lunch or at school. Or before you go to sleep 🙂 🙂 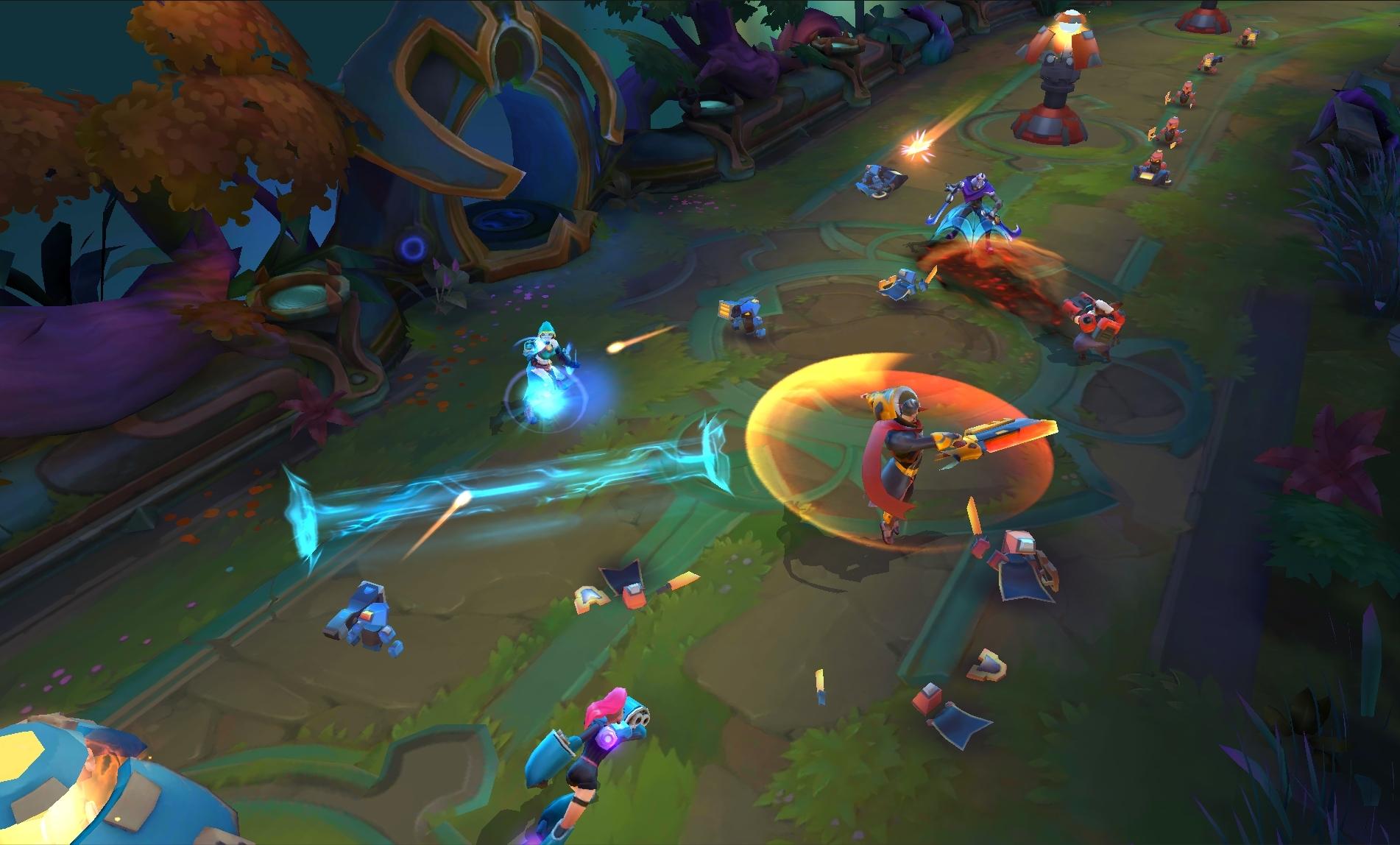 Game description: How to play Planet of Heroes

If we talk about the standard mode, it will not be something new for users of mobile applications of this type. Because on the defense line there are still towers, bushes, there are first-aid kits and even glyphs, where you can hide and wait out the attack, albeit a small period of time. True, this advantage is used only by experienced players, not beginners, which gives them a good result in the future.

Separately, we should mention the character types, of which there are about 11 at the moment with four classic types (we'll talk about them later):

Each of them has three basic skills, and the fourth is self-selected after increasing the level of the account. So skills will be unlocked at each level, and so you should not be in a hurry with the final choice. There are also passive skills, which are pumped each time you learn to fight, heal and run. 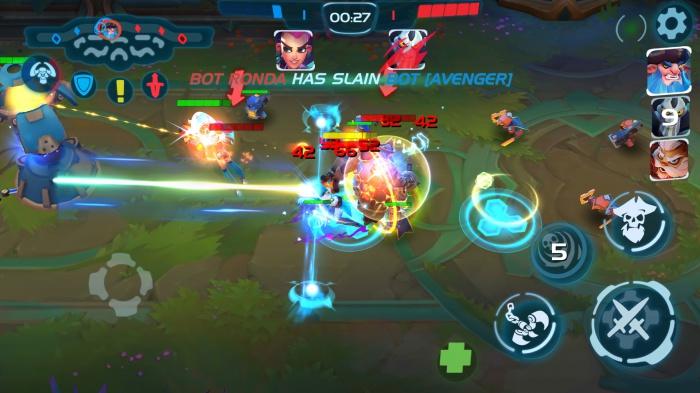 Features of Planet of Heroes

The main feature of Planet of Heroes is the control system, which will not only allow you to move your finger on the screen, moving objects, but to use the buttons. This will allow you to feel like a full-fledged player, who will not lose your life just because of the awkward buttons and the sensor.

Also worth noting is the PvE-mode, where there are single missions, similar to Hearthstone. Initially you have to choose three players, which you can change in the course of the game, adjusting to certain conditions. Remember that completing missions is mandatory, because only then can you get items to improve your equipment, and without this, you can't defeat the boss in the future.

Separate attention deserves donat, which is loyal. Because in the store you can buy skins, components to improve equipment and items for the automatic passage of single missions. If you do not want to spend money to pump up the hero, then there is a possibility. But then it will take longer to upgrade your outfit. Although the developers were generous, and allow you to earn on daily quests, on victories in single missions and on daily logins to the game. 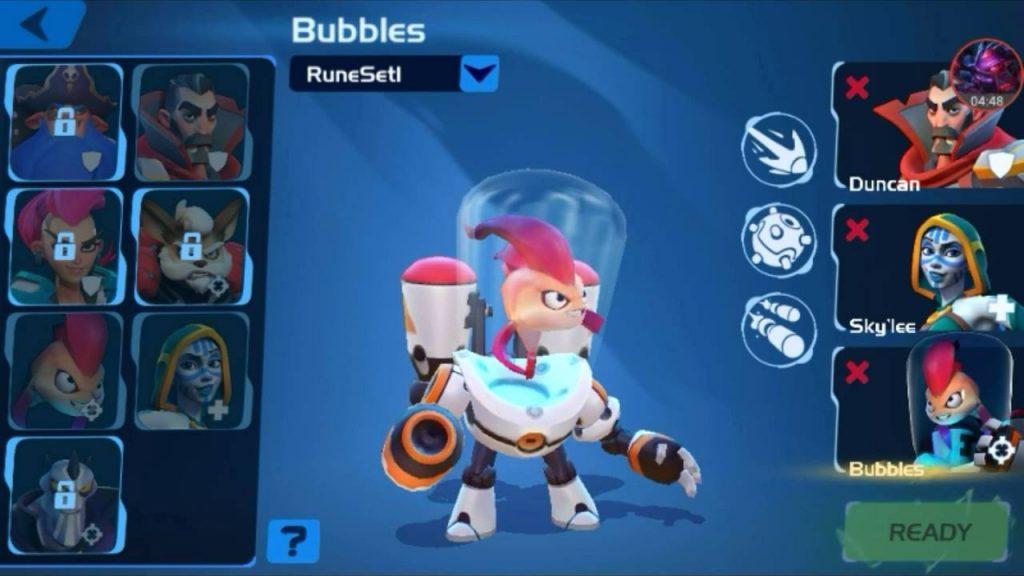 Tournaments from the developers

Despite the novelty of the game, the developers are already thinking about the cybersport arena. And for that has already held the first tournament, testing and registration for the competition "Europe vs CIS". The winner will be able to get a free trip to Kieve Major on Dota 2 and other benefits from the organizers, sponsors.

If we compare with other games on the mobile platform of this type, Planet of Heroes is characterized by high speed, simple controls, pleasant interface. So each user can fight the boss in single missions, pass daily competitions or sign up for a tournament, for victories in which they give quite real prizes. 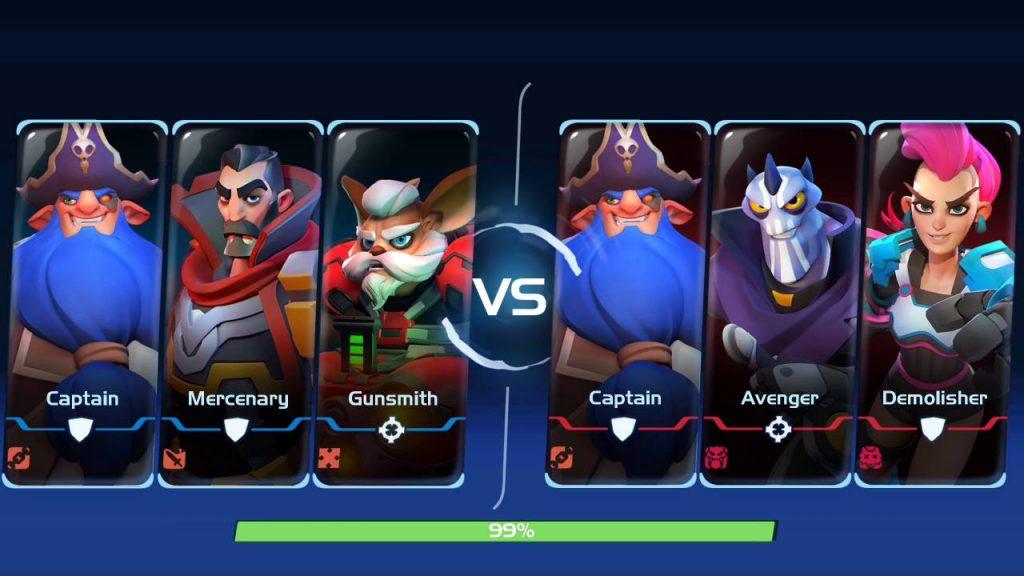