Not so long ago a game called Fury Survivor: Pixel ZMany may have bypassed because of the increased attention to Auto Chess. The more that the developers did not care about indirect promotion - the icons are so bad, the screenshots are unimpressive, the gameplay is incomprehensible. But as it turned out, you can't greet the game "by the clothes", and Fury Survivor: Pixel Z will please you with the depth of gameplay and a powerful RPG component. So get ready for some serious dissonance - you have never seen a more underrated game in 2019. 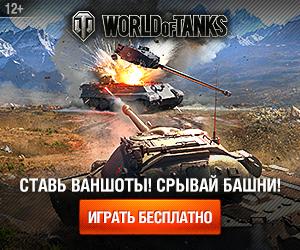 The setting for the zombie apocalypse game is the most "dubious" - the protagonist left the office on another day, but could not find his friends to go home with them. Although technically he did find them, if you can count as "friends" the nibbled-up corpses. Armed with a club, the protagonist dealt with the first batch of zombies and learned that the world is gripped by a rapidly spreading virus Z, which instantly turns people into the walking dead. It's not clear why everyone around turned into zombies, except for the protagonist, but the developers didn't bother with that. Ah yes - the main thing in the story, the protagonist does not lose hope to find his family, but in order to do that he has to break through a crowd of zombies, who have made friends with hellish scorpions, flying monsters and mutant dogs.

But simple pummeling is not our choice, you get tired of such games quickly. That's why the developers decided to add not one, but three scales at once. standard healthAnd also food level и water in your body. So if you missed a stray hook from a dead guy, you'll not only lose hitpoints, but you'll start feeling thirsty. But don't worry - killed zombies often drop soda bottles and sandwiches, and something edible can be found in barrels, cars, trailers and crates. Don't be lazy - smash everything you can, otherwise you won't survive in this story-driven RPG. Bosses drop all of the above, but in a larger volume, but it's much harder to kill them, as you understand.

Actually, the main purpose of the mission is to find his wife and daughter, who are not clear whether they have become zombies or not. Until I saw it with my own eyes, I did not believe it. So, chapter by chapter, the voice-over tells us that the protagonist is slowly but surely approaching his goal. Along the way, he discovers CampI'm not sure what to do, but I'm sure you'll find a place where you can take a short break, grow some carrots, and collect rainwater. By the way, after each chapter is a super zombie, from which falls a lot of useful goodies. If you suddenly died, no problem, the game will restore at the automatic save point. 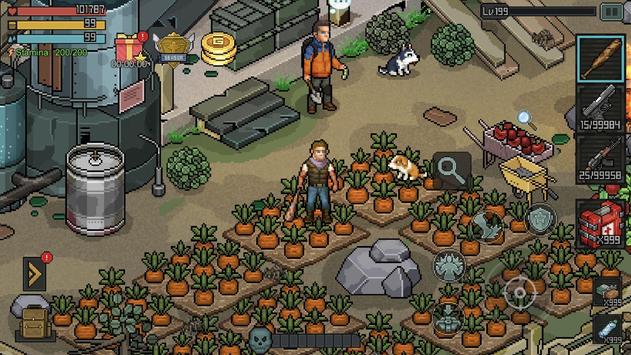 And even farther on meets the whole Sanctuary You'll find a lot of people there, including various NPCs who generously reward you for your deeds of war. Along the way you'll get pets: kittens and puppies, which are needed in order to collect loot - it's convenient. In addition, they increase or decrease some characteristics, so choose them wisely.

Be sure to save the survivors, they will all be gathered in the Camp, they can explore different parts of the city to get the necessary resources to grow the Camp. Yes yes, you also have to manage the Camp - we told you, it's not a simple game. There's a lot of little things that are nice.

The baseball bat is, of course, a favorite weapon in all zombie fighters, but then the protagonist has to engage in melee combat. This is not always pleasant, because with each new level there are more zombies, and the amount of resources is always a little less than necessary. So once you've got some gun (and you'll definitely get the story Glock), immediately switch to it and smother the dead from a distance. A little later there will be the legendary AK-47 or the same M4A1, so you will be able to shoot continuously first with one weapon, then the other. At the end switch to the bat and finish off everyone who's left after such a barrage. And a little later the arsenal of weapons will be generously varied.

Note at once - it takes some time to reload, but you can move at this point. So don't stand still, run away from zombies and keep firing. Well and traditionally keep an eye on the amount of ammo - they have an unpleasant feature to run out at key moments. Again, you can always switch to a club and swing away from zombies. Keep an eye on the Health Scale - it can be replenished with first aid kits, but the Drinking and Eating Scale can be replenished when the character is not in combat.

Weapons, as in any RPG, come in gray, green, blue, and so on up to the legendary. Legendary weapons and clothes have a bunch of additional properties, plus you can insert additional "attachments" into them.

In addition to the usual automatic weapons (pistol, machine gun, crossbow...) and hand weapons (axe, bludgeon, laser...) in combat, you can and should take advantage of the opportunities that the game provides:

Using all these things gives quite a substantial profit.

During the game, in addition to food, water, medical kits and ammo, some logs, stones and other resources fall out. You'll be surprised, but you'll need them for crafting. For example, you can eat not only conditional chips, but also some normal steak, which can be cooked, carrot stew (from carrots grown in the Camp) or pilaf and many other foods. To avoid the long and tedious smashing of the truck (and the survivor treasure in it), it can be blown up using explosives. Later, when buildings appear, you can do a little construction - for home improvement, protection, and so on. Thanks to the crafting component, Fury Survivor: Pixel Z turns into some kind of Diablo, Torchlight and other analogues, but only in the post-apocalyptic era.

We understand why Fury Survivor: Pixel Z didn't have many chances to establish itself as the game of the day or game of the week - the developers picked the wrong time to publish it. Also the graphics, of course, doesn't fix the situation - the game would have had much more chances if the designers had staked on pseudo-realism or weak 3D. Because here's a pixel format with moves from the 90's arcades modern players (the claimed age group) will not be perceived as a tribute to the retro-style, but as a weak game-dev. But there are a lot of fans - just look at the rating 4.9 (549 estimates in the RU Store, 3.6K estimates in the US Store). And you are recommended to try it!

You can craft quite a lot in the game: things, weapons, food, drink, first aid kits. A complete set. And you can live on full support, and you can also supply the base and raise the level.

What to do in Sanctuary

Sanctuary is where you'll be licking your wounds, gathering all your supplies, and generally spending quite a bit of time, and there's a lot to see.

How to Upgrade Sanctuary

Very simple. You must first drop resources (ammo, first-aid kits, food, drink, other resources) to one character, then another. Above them there is a white bottle medicine cabinet on fire.

As soon as all indicators are green. You need to go to the board and pump the Sanctuary up another level. 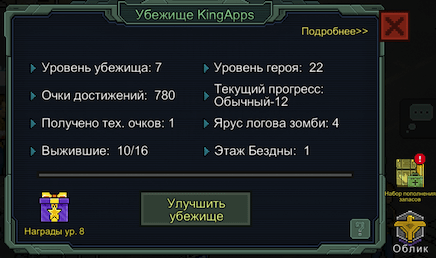 Here's a variation on the swing in Fury Survivor: Pixel Z

What awaits you in the late game

These are unlocked at level 40, along with weapon upgrades. To upgrade weapons you need special upgrade cards, which are obtained in a daring sortie, which is also unlocked. The number of cards is limited to the number of sorties per day. Daring sortie is a speed game where you have to run one way to avoid getting caught in the fog that is chasing you. In this stage you are not allowed to eat, drink or heal. At this stage it is best to go with pet treatment, as well as with an improved skill on stealing life. Improvements have their limit, and fully improved parameters will be purple.

They will open at level 30. At levels below access to improvement is blocked, and if you almost reach this bar, you will be given the opportunity to pass, but will be notified about the necessary pumping to continue. With these pets you can heal yourself, put on the 2nd slot, etc.

It opens at level 35, and at first you can visit the world boss. You can't go to the world boss if you're not on level one. It won't do you any good, except to pick up some coins. There is also a table of records for this boss, who did how much damage.