The adventure Crashlands, which was released last week, pulled a lot of people in, it couldn't have been otherwise. Even on the Metacritic review site the game has an impossibly high 99 points! I think everyone should take a break from Crashlands and breathe a breath of fresh air with the brand-new games that were released just today.1. Monster Roller

A new game from developer Boomzap, who surprised us all last year with his Super Awesome Quest.Monster Roller combines cool monsters, intense strategy and slot machines. Each monster has its own unique strengths and weaknesses. The game is available for free on the App Store.2. Pridefest

You'd be surprised, but yes - Pridefest is a game about sex minorities and gay pride parades. The so-called "social simulator" in which you can create costumes, select music and decorations, draw advertising banners and construct platforms.Announced back in the summer of 2014, the game from Atari encourages players to design their own LGBT parades, revitalize the city and make its residents happier. You can download the game today on the App Store.3. Circa infinity 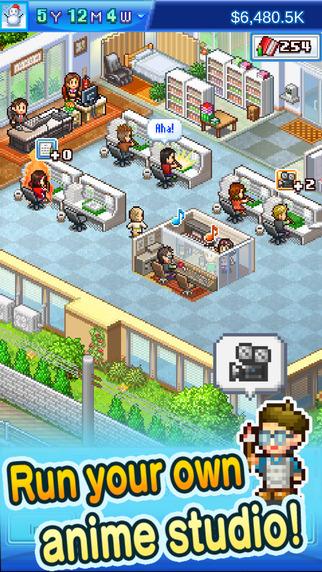 On January 26, Anime Studio Story became available on the App Store.Kairosoft developers were once very popular among simulation game makers. Their ups and downs have been interesting to watch over the years.The new release sort of brings us back to one of the very first games from Kairosoft. Anime Studio Story looks like a reimagining of Game Dev Story and, if so, the new game should have a sharp hook to hook players and keep them at their screens as long as possible.Try these 4 new iOS games and share your impressions with us!