Smartphones have long ceased to be the usual means of communication. Each new model is equipped with new features. Apple is always one step ahead of all other manufacturers, which is why the iPhone smartphones were among the first to receive their NFC modules.

Contents hide
1 What is the iPhone NFC antenna?
2 iPhone NFC module functions
3 Which iPhone models have the NFC module
4 How to enable NFC on iPhone
5 The NFC chip in the iPhone is the future

What is the iPhone NFC antenna?

This acronym stands for Near field communication, which means near field contactless communication. Technically, it is a chip embedded in a gadget capable of picking up and transmitting radio signals at close range (up to 10 centimeters). This is a relatively new technology, which became widespread in 2004. It has become an alternative to the previously existing Bluetooth. The range of NFC is smaller than that of its predecessor, which provides greater security for the data transmitted, and the connection is several times faster. 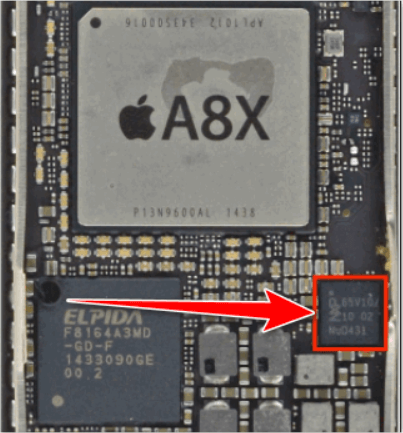 For owners of smartphones equipped with such a module, it opens up many new possibilities. NFC greatly simplifies everyday tasks. The module can act as:

The most common application of NFC is contactless payments. iPhone owners until 2018 only used this module, because they were limited to the payment system Apple Pay, in which it worked. But with the release of the new iOS 12 developers have promised to expand the functionality of NFC. For all those who have updated to the latest operating system should be open to full access to the functions of the chip.

Which iPhone models have the NFC module

The first iPhone model to get its NFC module was the iPhone 6. But only now users appreciated this feature and began to use it for its intended purpose. Now you can see people everywhere paying at supermarkets with their smartphones. All other models, released after the iPhone 6, are equipped with the NFC chip.

How to enable NFC on iPhone

You don't need to perform any special actions to activate this module in newer iPhones. It activates automatically when you bring it to an active or passive source. You will only need to set it up when using Apple services, such as Apple Pay. Up to 12 different bank cards can be activated on one device. Unfortunately, iPhones can only read tags, but decrypting them requires the help of third-party apps, which Apple doesn't release. Therefore, NFC doesn't work as well as we would like it to.

If you want to activate the contactless payment function you need to:

The NFC chip in the iPhone is the future

NFC functions and features will be expanded in the future. But the success of the module cannot be ensured unilaterally. All areas of our lives must also change for the better, equipped with devices capable of working in tandem with NFC. Only then will we get the technology to work together to simplify our everyday lives. In the not too distant future, your day could be like this:

Walking around the city. Everyone is around on gyroboards and electric bikes. On a virtual booth, you see an advertisement for a new vegan cafe. Using the NFC antenna on your iPhone, you quickly get a business card for the place. You turn on your navigation device and get there in a few minutes. There you buy yourself an organic smoothie, paying contactless. You take selfies, post them on social media, and, energized, get to work, where the elevator and office are also accessible through your smartphone.

What do you think of the day? And this is not an excerpt from a work of fiction. This is already our reality.