A small team of indie developers, ustwo, revolutionized the world of mobile gaming in 2013 with a legendary hit called Monument Valley. This game was a kind of breakthrough: no one had ever imagined the gameplay in such a way, no one had ever bothered so much with the appearance, no one had ever torn templates so much. Everyone fell in love with Monument Valley, including Apple - in 2014 they awarded the game the Apple Design Award, and then actively used its videos and screenshots at the presentation of their devices. In a year and a half, the game has been downloaded 26 million times (and its price is $3.99), which, in our subjective opinion, is a pretty good result.

What is the phenomenon of Monument Valley? It's "different," completely different from any other adventure game of the time. The most important thing about it is the incredible visuals, the developers were inspired by Escher's work, and the concept art was developed by Ken Wong for almost a year. The angular display of the game world may not be a novelty, but impossible figures and optical illusions have never been used so elegantly as a direct participant in the gameplay. 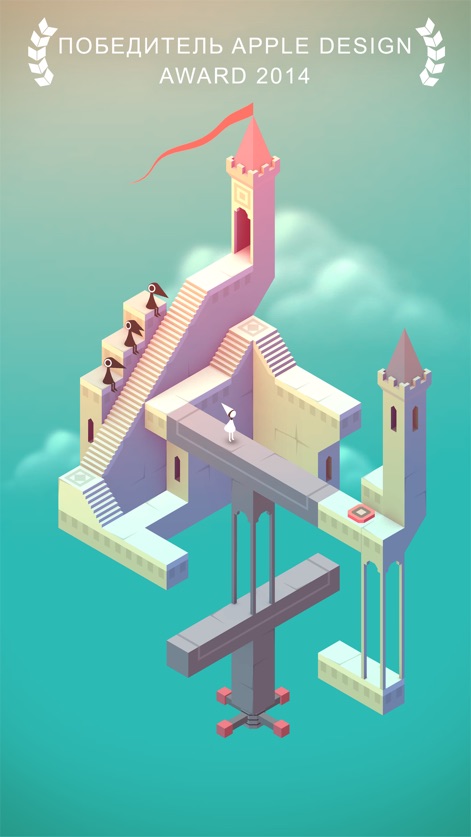 We play as Princess Ida, the main protagonist, who travels through the land of a vanished people who worshipped "sacred geometry. The developers have given too much time and effort to the drawing and design, that there must not have been enough time for a clear storyline. Otherwise, it's impossible to explain why everything is so confusing here - who is Ida, why did she get here, where did this very civilization go, and what ritual happens at the end of each successful passage? The cryptic transitions and texts confuse rather than explain what is happening on the screen, and that is one of the big downsides to the game.

Each level is one or more locations, which can move in different directions, and some parts of the locations are also active. Our task is to help Ida through the labyrinth, but the way will not be the most obvious, and just here we have to use the "sacred geometry" - the angular view of the game allows you to look at the parallelepiped from the edge, and in this way different shapes can be created. For example, the Penrose triangle, mistakenly called the Escher triangle, in which all three sides are at right angles. We have to rotate the location or the elements of the location to create a path for Ida, and sometimes we have to connect elements that are at different levels and distances from each other - thanks to the created "projections" and "deception of vision" paths are made most unobvious.

The protagonist's movement around the location is based on taps, and Ida also knows how to go up and down stairs. Actually, this is the whole gameplay - you need to pass the level with the help of optical illusions, rather obvious, in order to linger somewhere. As practice shows (and ustwo's beta testing report), the game lasts only about 90 minutes, and this is the second minus of Monument Valley - many people found it too short.

Naturally, the success of the first part inspired the developers to create a sequel. Monument Valley 2. The gameplay is almost unchanged, it is still based on the construction of impossible geometric shapes and the use of optical illusions. However, even this time the plot does not become clearer. In the second part, we will play as Ro (note that it's not Ida) and her "child", which repeats all her actions, and will only manage Ro. Subsequently, we will get levels in which Ro and her daughter are on different sides of the location, which brings more variety to the game. So, they still travel through the ruins of the civilization, which worshipped the "sacred geometry", and Ro occasionally (between levels) meets spirits, which give some hints and corrections. Subsequently, Ro and her daughter's paths diverge - the child grows up, explores the ancient world on her own, and then meets her mother again, as well as the spirits of other "explorers", among whom you can meet Ida.

There is an assumption in the gaming community that the Monument Valley series is what life after death might look like. The strange and surreal locations, the total absence of people, and the frightening imagery all form this assumption. The end of the game doesn't make things any clearer - you see a huge number of the same girls, who, apparently, were also explorers of an ancient civilization, and you sort of join them, and these "explorers" have an incorporeal form.

Separately, it is worth noting that the developers this time tried to convey the psychological state of the characters through pictures. After the separation of Roh and her daughter, some of the mazes are rendered in black and white instead of color, to emphasize the pain of separation. Some of the phrases the spirits say to Roh cling harder than usual, particularly strongly remembered: "It's easy to lose your peace when she's growing up so fast." Monument Valley uses parental sentiment, a sneaky yet effective device that will absolutely make the game memorable.

It turns out that after the success of the first part, the main designer left the team, so ustwo had to invite other developers to create new levels. It wasn't an easy job, but as it seemed to us, the game became even better graphically. Needless to say, not only the graphics, but the music and the storyline didn't shake up either. As a result we can call Monument Valley 2 the perfect action game - you don't need to know the history of the world, you need to live in the world, explore it and enjoy every moment of it.

For reference: Monument Valley is a real-life location, Monument Valley. It is located in northeastern Arizona and southeastern Utah and is a desert with several rectangular-shaped rocks. The area is known for being the place where they usually make movies about cowboys and prairies and stuff like that. The view is very cool - apparently, the developers were inspired by the photos after all: 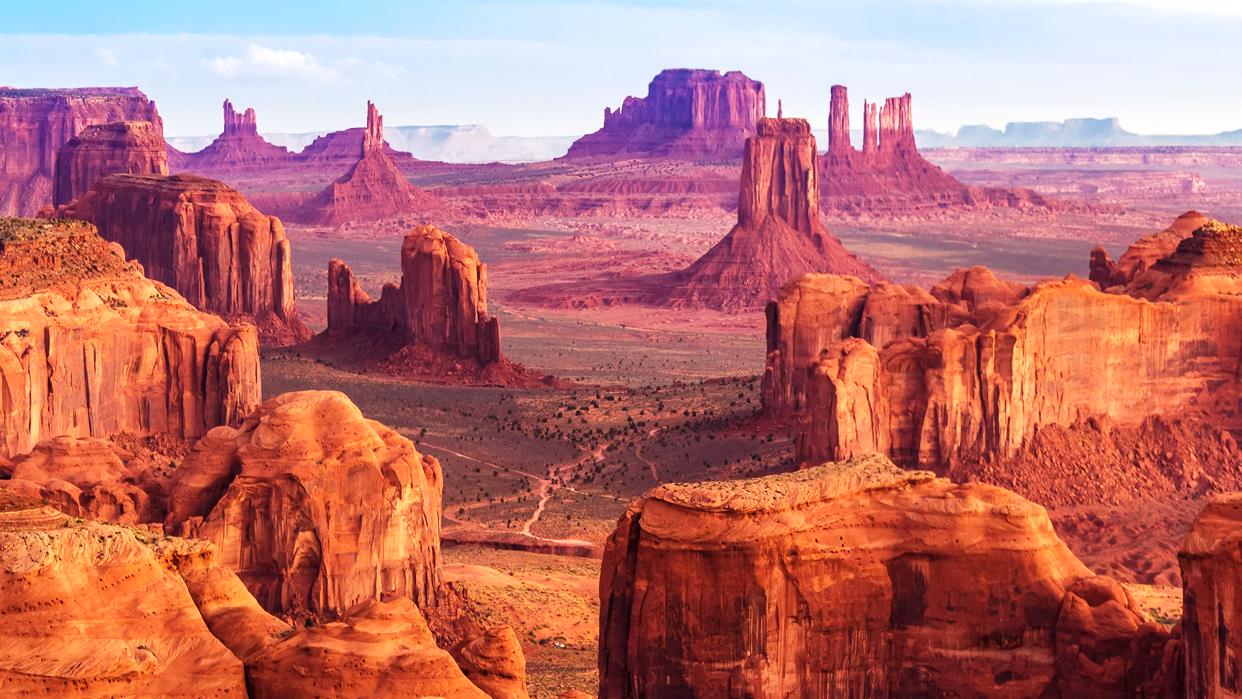 Ulala: Idle Adventure - Endless Journey into the Age of Dinosaurs

Sky: Children of the Light - beautiful, but incomprehensible