As you know, I'm a melee shooter and often play on the bottom line, and I've been playing Claud (and Bruno) for quite a long time. But recently I've discovered a new character - Carrie, who even though the new season has been downgraded (decreased the attack increase per level), she's still relevant. And significantly easier than the same Cloud, for example. And the damage you feel almost from the very beginning.

Pros of playing as Carrie

Cons of playing as Carrie 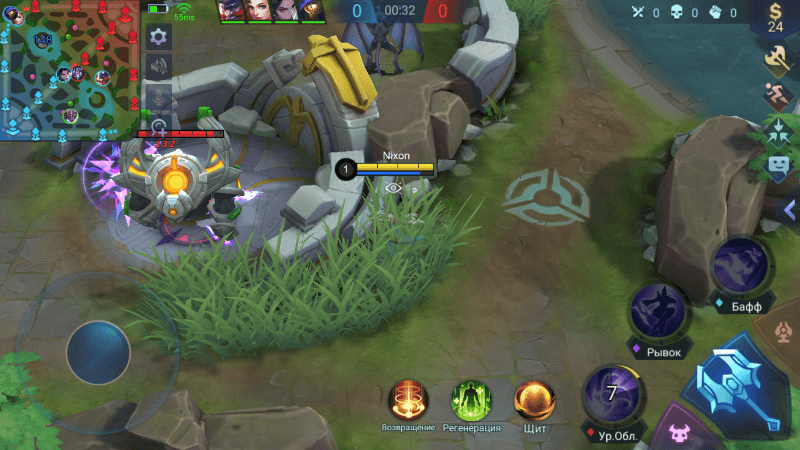 I bought Carry barely a week ago, I have only 20 games on it, but with a win rate of 75%. At the same time, half of the winning games I ended up with MVP rating, right now I'm playing Epic 4. On the rest of the arc my win rate is in the 50-60% range. Carrie may remind of Vane from League of Legends (if anyone swipes the "mobile" version), but much easier in terms of gameplay.

Carrie strikes an enemy and applies a marker effect that has stacks. On the first shot a purple circle and 4 serifs appear under the enemy, with each hit 1 serif lighting up. On the 5th hit the marker bursts and the enemy takes pure damage (6-12% from OZ). Forest monsters deal a maximum of 300 damage.

A good ability that allows you to fight effectively against tanks. That's why Carrie is a must-have character if your opponents have too many fighters/tanks/hybrids on their team.

Carrie throws a pulsating ball forward that deals physical damage and slows opponents in flight as well as where it stops.

The spell is effective in all kinds of zachas, when sweeping the forest, as well as when you are running away from someone or catching up with the target. The slowing is noticeable, the enemies won't like it very much, the damage is not very high. Remember that the orb slows down while flying as well, so use it more often. Fire can initiate fights, start castles and help your teammates.

Carrie jumps in the indicated direction and throws a light disk towards the enemy (if he is in the ranger), applying a passive. If the Ulta is active, it throws two light disks.

To put it simply, it's an extra auto-attack in a lockdown. If you're fighting 5x5, I recommend not using the spell in the beginning, because it can help you get away from control. You can use it either when you're winning/losing a teamfight and you need to catch up/run away; or when you're not fighting in a heap but in groups; or when you've lost 2-3 heroes from each side but it's equal fight. Jump sideways instead of forward or backward to stay in the ranged auto-attack - then you'll deal extra damage without losing the tempo of the fight.

Carrie takes two shots instead of one, but the damage from the attack is reduced to 50% (on the third level of pumping - to 56%, which is still more effective).

Here's where we need to get a little bit clear on the numbers. Here's what we have: 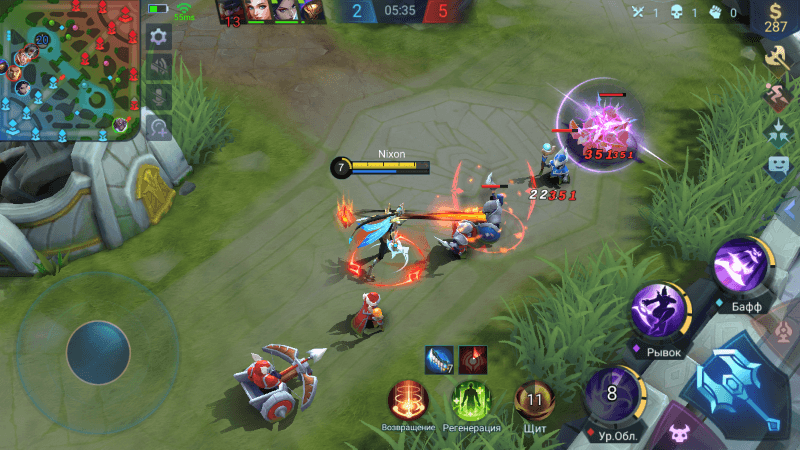 Also, don't forget that you're using a second spell in a stun, which makes two attacks in addition to the ones you're making. This means that you should turn the ulta on in the middle of a teamfight, not at the beginning, because you have to use the ulta together with the second spell, otherwise the effectiveness of Carrie's ulta drops. Your behavior should be as follows:

- Wait for the initiation of the teamfight behind your tanks. If there is no initiator in the team - try to accurately catch the enemy with a ball, but this is a last resort.

- When a teamfight begins, you hit the enemy closest to you. This is usually a tank or an Initiator with increased HP, both of which are good targets for Carrie. It's a good idea to throw the orb into the crowd to trigger an ability roll.

- After swapping 2-3 heroes, you activate the ult and start jumping around enemies to deal extra damage. In the ulta you take 2 shots instead of one, plus the jump will count 2 shots - and the next attack will already do pure damage. If you do it right, you can blow the tanks away in about five seconds.

Since it's very dependent on the bytes, you need to find the right build. I like this one the best: 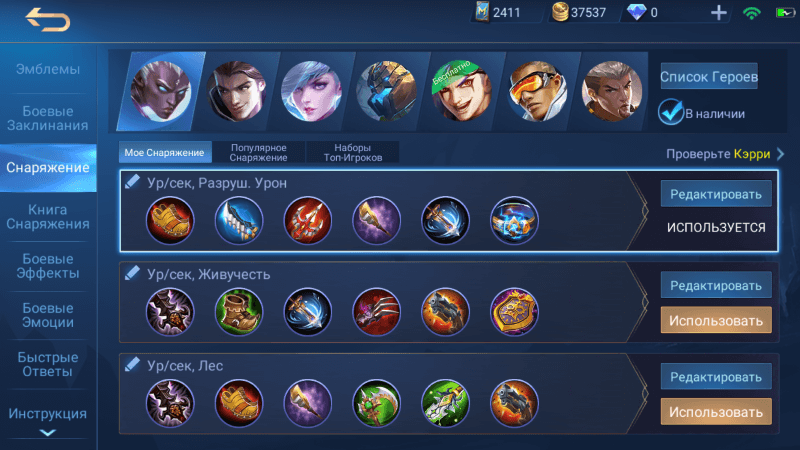 I'll explain why that is:

- Endless Battle - It's a cor-item on Carrie, because it gives a bunch of nice and stackable buffs. If it also raised attack speed, it would be worth it.

- Golden Staff - The second Cor-item on Carrie, because it gives attack speed and damage. She doesn't really need anything else.

- Talking to the Wind - not a very popular choice on Carrie, because some players prefer to play safe and close with Immortality and/or Wings. Optionally, of course, I prefer to stay away from teamfights and hit from the hand as fast as possible. But if you feel like you're being kept alive by assassins, or you're dying too fast in teamfights, you should consider choosing defense items.

How to play Carrie

We start on red, then pick up the green campsite and go to the line. That's assuming you have help - otherwise you'll have to run to the line after the red to let go back to the green afterwards. Try to fight for the coin and take it for yourself - basically, Carrie's pretty good at hindering monster creeping if you're behind on tempo. Trade with the enemy and don't set yourself up.

True, Carrie doesn't deal tons of damage in the beginning like Granger does, so ask your allies to come to the turtle or gank in time. Try to concentrate on farming - you need to get to your cor items quickly, and explicit fights are best avoided. But it's very useful to trade 1x1 and 2x2 - when your passive rolls, it hurts your enemies.

Behavior in mid-game and in league-game is the same - carefully farming, fighting from afar, beating the melee. Domination is due to the timing of the Ulta and timely jumps, as well as the rapid speed of the attack. Well, and about their combat spells do not forget - I would recommend the Shield (if a lot of damagers), the Cleansing (if a lot of control, but it's a bit nerfed), much less often - the Flash. I don't think Flash on Hell is the best choice, but there are ardent supporters of that option.

Have fun taking the Legend!