Top 1 shooters in Mobile Legends right now in February 2020 - Bruno (Kimmy and Vanwan might be in contention for this title), so if you want to upgrade your rank, I recommend getting this character. I don't have very good stats on Bruno (37 games - 54.1% wins), but I upgraded the legend in almost 2 weeks of continuous play. I figured out a little bit about the nuances of playing as Bruno and put it all together in the Bruno Guide from ML, so you can tear it up like I did.

Let me say at once - the shooter's position closes almost the very first, so on the lower peaks you have to choose either tanks (very often) or fighters (less often). The last few victories I won thanks to Oleg, he honestly "dragged" me to the legend on his signature Harley, which confirms another game thesis - you need at least two adequate players to win.

Since everyone's talking about Bruno's strength and leit-potential, this is a popular pick in Mobile Legends (a sampling of all ranks) - if you look at the overall stats from last month, he has a 51.4% win rate and 5.03% picks. So even if you take the shooter's position, there's no guarantee that he won't be in the opponent's ban or pick.

Generally speaking, to play Bruno perfectly, you need several conditions: you have a high spade, you spade before your opponent, you've been given the shooter's position, and you know how to play Bruno. It's the last condition that we're going to deal with now.

By the way, Bruno gets picked in spades in regular MLBB championships as well. For example, the Indonesian team Onic Esports purposefully picked him in games 2 and 3 - game 2 didn't end well for the team (and the series tied), and in game 3 Bruno gave 6/0/3 status and closed the series 2-1. You shouldn't rely on pro players' picks though - they often pick up a complete setup or draft from opponents' picks, so this player may not always fit the team in terms of synergy.

If any of Bruno's abilities deal damage to an enemy, his critical hit chance increases by 4% to 20%

There's not much to say about it - the shooter has a potential for crits, so you need to swing him into crits for an even better chance at proc crits. Obviously, cor items in this case: Crimson Ghost and Fury of the Berserker.

Bruno kicks an energy ball towards the target, dealing 200 (+ 70% physical attack) physical damage and reducing the target's movement speed by 60%. Bruno can pick up the ball and kick it again - as long as the ball is not on the ground for too long.

Bruno's main skill, which gives a boost to the damage, you should try to use it in lockdowns, and ideally - catch the ball on the fly. The mechanics is pretty simple, but requires skill - if you've played League of Legends, there is something similar in Draven's axes. If you don't catch the ball, then at least squeeze it in lockdowns to deal extra damage to enemies. Since the ball slows down the enemy, it makes it easier to catch up with fleeing opponents - in general, it's a very useful skill.

Interception of the ball

Usually used to break the distance if you are attacked by Helkart, Alucard or Chu. But in 2x2 exchanges you can try to catch that character, which you focus, kill him and create numerical advantage. Take advantage of the situation skill - sometimes it's better to exchange 1x2s but fly into a crowd, and sometimes it's better to avoid a 1x1 skirmish. Plus don't forget about the fact that the skill gives an increase to the movement speed, coupled with the first skill you can catch up with the enemy very easily.

Logic dictates to initiate from the ulta to lower enemy armor. However, this is not always possible, because enemies can burst in from different directions and not get into the range of the skill. So try to use it as soon as you approach a lockdown, or when you start being attacked - that's the easiest advice. 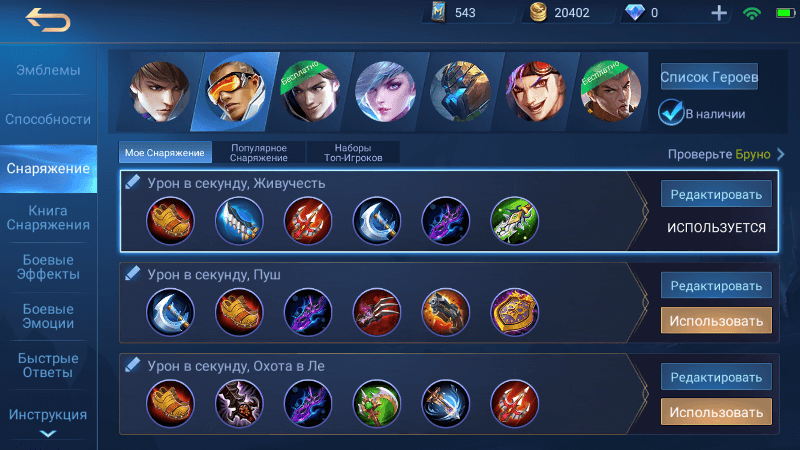 I play with this build, it is in principle comfortable.

Bruno's guide - how to play him

The new season gave you the opportunity to farm blue and red buffs in the forest (just like in League of Legends). The red buff gives a boost to your base attack and allows you to burn your opponents with additional damage. That's why it's crucial for you to ask the bottom line and pair up a tank/sapporter with Mask so you don't have to share experience and gold with him. So hope for a perfect game and adequate allies, then your farm rally should be like this:

1. go to the red buff and ask a tank/supporter to help, having previously purchased a knife. Kill the monster, give all the green orbs to an ally. Position yourself in such a way as to have time to finish off the creeps in time with the second skin to the lower tower.

2. Then look at the situation - either you have time to finish all three creeps on the line, and then go to the green point - on the bug, or vice versa. 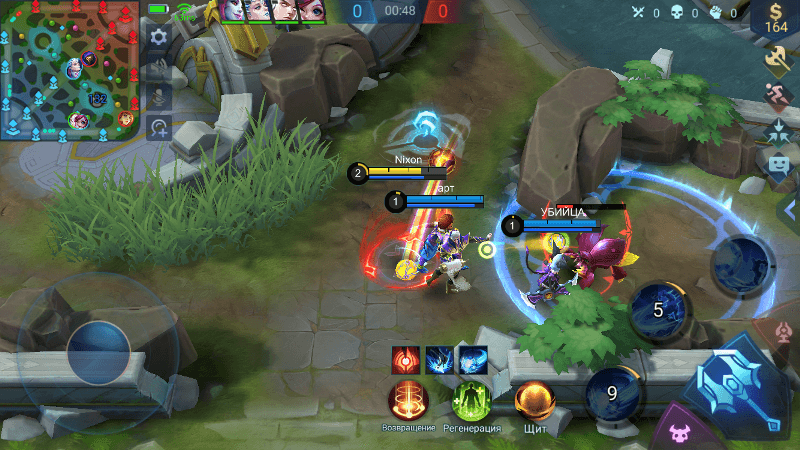 3. Then you go to the yellow dot and take the coin. 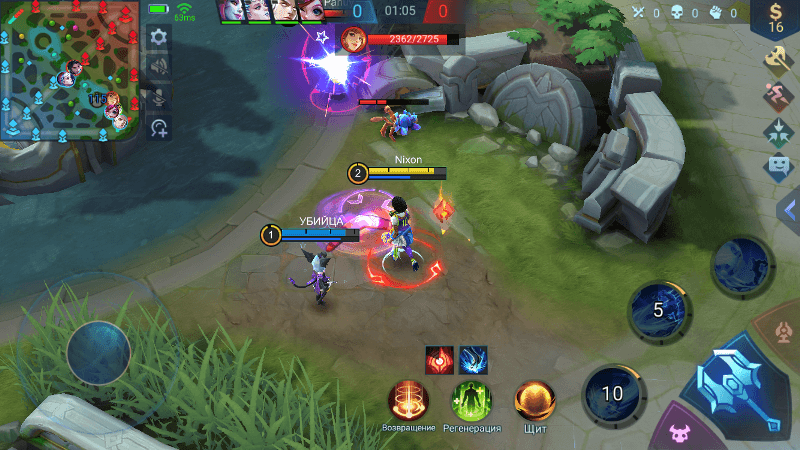 4. After that you, as a rule (depending on who went with you + on the wagering opponent), get a 3-4 level and can crush the line. If you're up against a solo topper, you can just brazenly fluff, and then you'll have to come to you forester. If you're up against two, just "bite" your enemies without being too cheeky under the turret, and drain them on health.

They are no different from the usual game as a shooter: 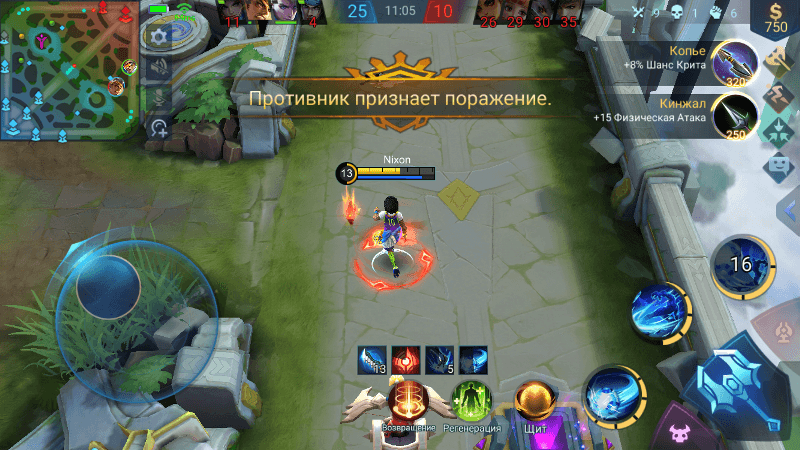 In solo I recommend to take the Shield, in the team - the Flash. Because solo you need survivability, it is unlikely that someone will protect you, although there have been cases). In the team everyone understands that Bruno becomes a killing machine in the leyte, and it's better to protect him, so you add Flash to your second skill.

I hope you enjoyed this Bruno Guide and that your skill on Bruno continues to grow. Have fun playing, and see you at Legend!