It's only January 3, and there's still a long holiday ahead - so much so that you might even get tired of celebrating. I suggest an alternative option for spending New Year's time - mobile games. Although we are late with the publication of the top games of 2019 according to the editors of apps4.life, the list is still relevant. And maybe it's even better that we publish the top already in 2020 - the games have had time to infuse, and the list will be very helpful. In general, let's get started!

I would choose this product as the "Game of the Year" - in our Auto Chess Mobile Review We've already told you about how they invented this game and how it turned from a DOTA2 "custom" game into a standalone product that even hosts eSports events. And in fact the Chinese developers really worked hard and made the game unique, and along with it came up with new genre, that gave rise to serious struggle. The thing is that the popularity of "custom" showed - the market was saturated with existing games, and it urgently needed "new blood". That's why all the top developers rushed to create their own chess - RIOT Games, Valve, even Blizzard has a kind of variation on the theme. And mobile "chess" has an interesting feature (which, incidentally, can be argued) - its interface is ideal for mobile gameplay, which can not be said about the "shooters", strategies, or the same MOBA-games.

In short, Auto Chess Mobile is the perfect game for the New Year's holidays. You can run it and play in the background, watching another "Blue Lights" with "herring under a fur coat", thankfully the game at low ranks is not so demanding to pay attention to it. And if you're not familiar with the genre - be sure to try to play just the Chinese version, because the alternative from Valve too "dotero", and I personally do not like the figures, animation and entourage.

And this is a completely different game - fast, dynamic and complex, you can't play it in chill-mode. It's understandable - here you have to kill monsters, level up your character and study magic. A gaming session can last from 5 to 15 minutes on average, so the game is quite suitable for the queues in supermarkets (if you find such on holidays), subway and other public transport. By the way, we did a piece on toilet games - Archero also fits this format. Our Archero Guide can also be found at the link.

Many people don't know that the name of the game encrypts the expression "get access". An excellent adventure game for those who want to get stuck in seriously and for a long time. To be honest, I haven't seen such games for a long time, so I gladly passed to the end, at the same time having paid money to the developer. Some of our users have suggested that you can open full access to the game without donation, but this "feature" appeared a little later than our review Get aCC_e55so that you can check the truthfulness of this "advice from the comments" yourself. And be sure to tell me later if it's true or not.

I have repeatedly lamented the fact that there are no decent "diabloids" in the App Store. I remember that back in 2017 the development of Torchlight Mobile was announced, but since then there has been no progress in this area. And Diablo Immortal itself will not be released until Blizzcon 2020, and the developers themselves find it difficult to name an exact release date. Therefore, on such a "fishless" Bastion looks like a good "import substitution" - suddenly excellent thriller with a decent fighting game and a great find in the form of commenting on the screen. A pity that there is no Russian version, but it is unlikely this audience is the target one for the developer. On apps4.life has already been released Bastion review, you can follow the link. 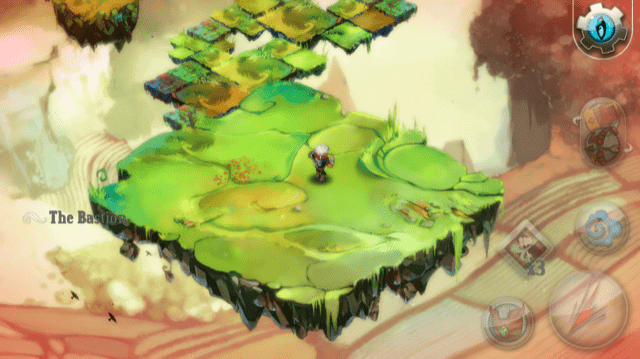 This game tore up mobile gameplay, and even made PUBG Mobile strain - the "battle royale" genre, oddly enough, continues to be interesting for mobile game developers. Interestingly, the mobile "stake" even popular bloggers like Wylsacom called the top game and actively played it, and it's unlikely that the developers "brought them" an endowment. And indeed, Call of Duty: Mobile (this is where our review) differs from its competitors with high-quality pseudo-realistic graphics, pleasant gameplay, and not very many pro players (yet). The variant is interesting, we recommend it!