Splitter Critters (2.99 $) is a cute Lemmings-style puzzle game from the developers of Dark Echo with a clever plot and a smooth difficulty curve.

The essence of the game

During the game you will help the cute little aliens reach their ship and move on to the next stage. What's especially cool is that the aliens move on their own, with each type showing different behavior. All you have to do is guide them to where they're supposed to be. This requires tearing the screen in half with swipes and moving blocks to make a path for the characters to reach their destination. 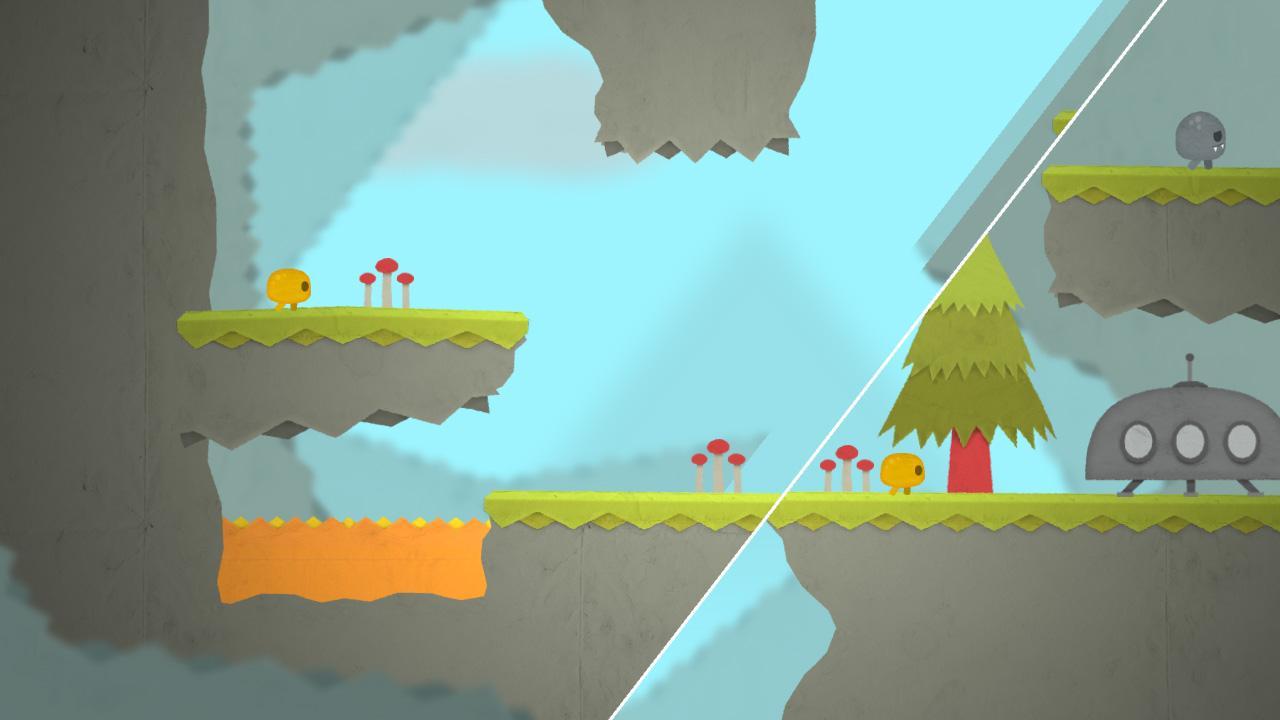 As you progress through the levels, you will have to cut through the world multiple times. Since you're limited to three cuts at any one time, the stages won't get very complicated, making this a fun game for players of all levels. 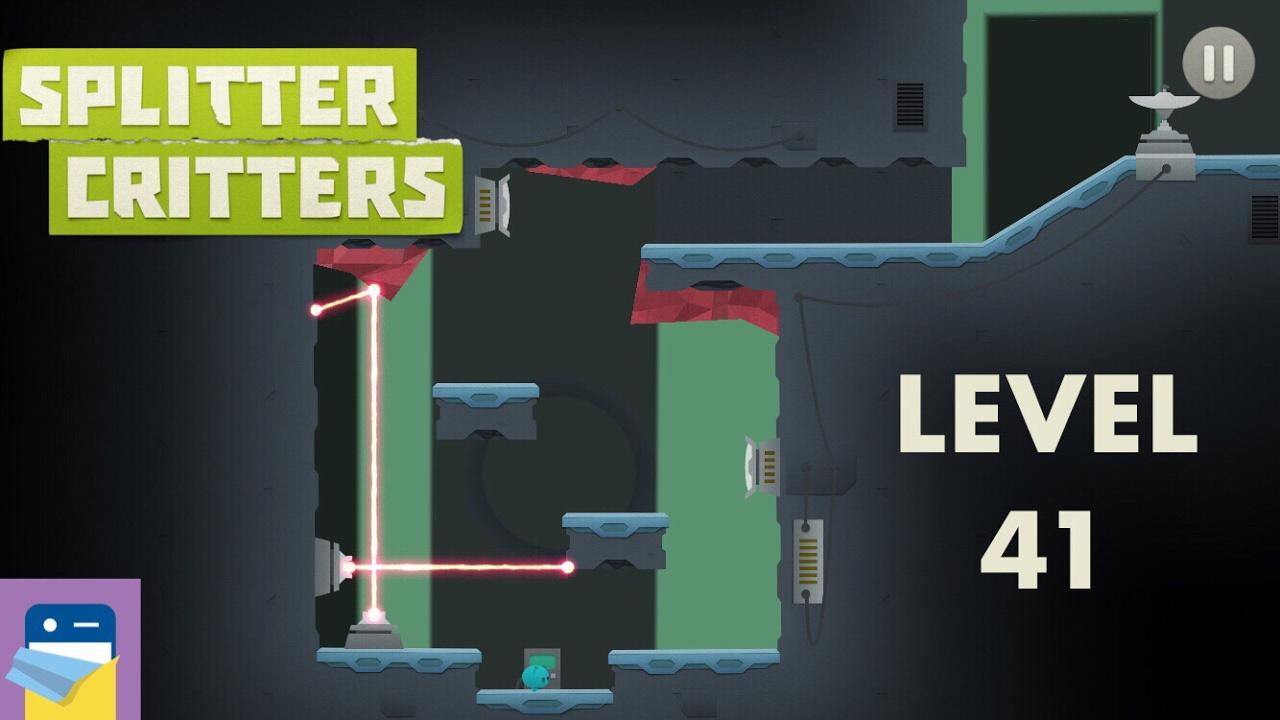 It is worth noting that the screen has a button that allows you to make a move back, but only one at a time.

In the story, the aliens will constantly encounter various obstacles. Moreover, some will pass these obstacles no matter what, while others will retreat at the sight of them; some of the aliens are vulnerable to enemies, while others break through their ranks without a scratch. 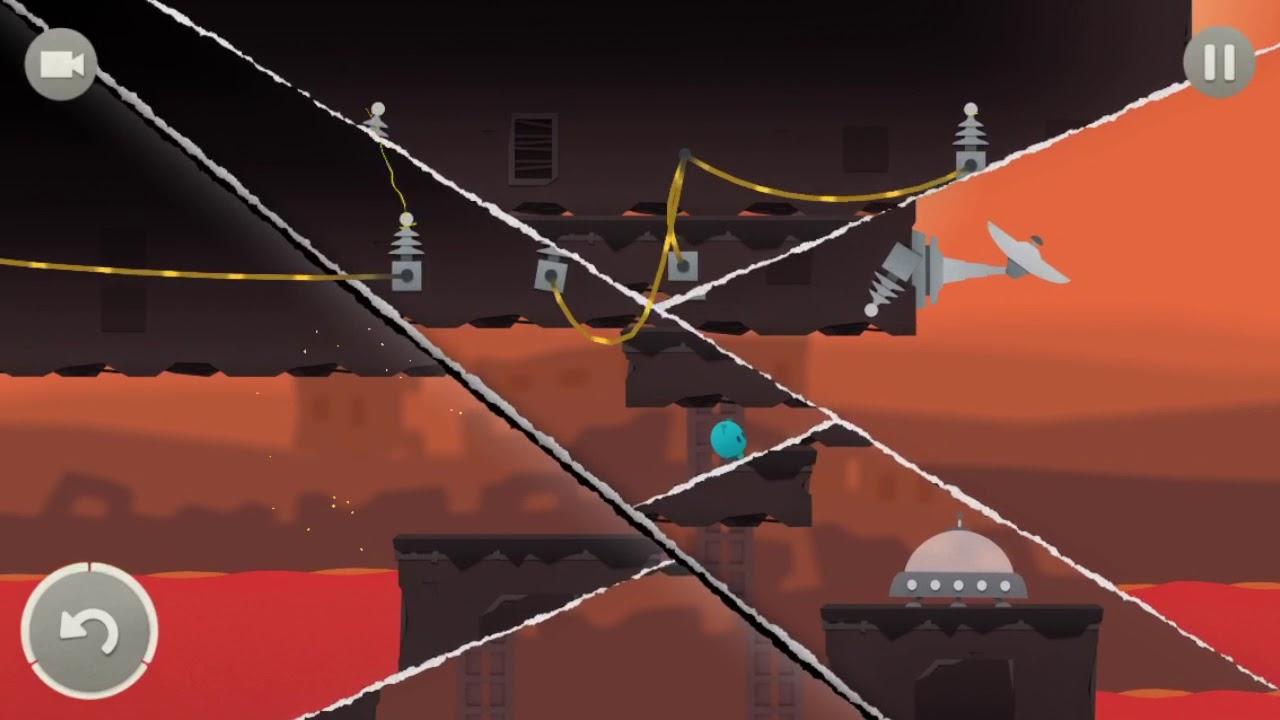 Controlling the characters is quite difficult, plus the obstacles themselves have varying levels of danger. Some of them, such as lasers or fire pits, can be fatal, while others are only slightly unnerving. If your aliens are destroyed, the level will have to be restarted, but you are given an unlimited number of attempts to complete the stage. Naturally, with such a free form of interaction there are plenty of ways to solve any problem, which gives you a sense of personal responsibility for your strategy, which is always nice.

Steps of the game

The game originally offered just over forty levels, plus a few bonus levels on top. On November 11, the latest update added 18 new levels to the game, as well as new alien species, new planets, and new mechanics. 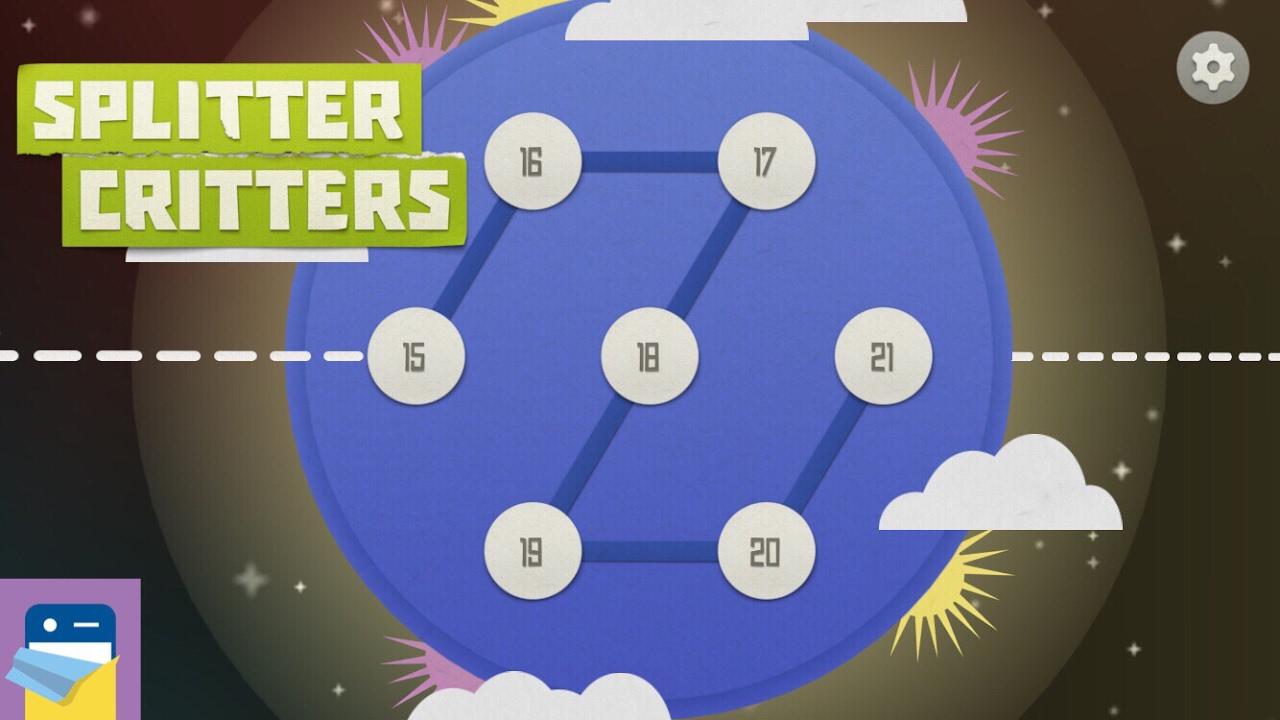 All levels are grouped into five worlds, one after the other. The difficulty curve, as we've said, is incredibly fluid, and it's not until the fourth world that things really take off. The last world is a special treat, as it introduces new mechanics that require you to use all of your acquired abilities.

The design of Splitter Critters will surprise you. It's cute, soft and very colorful, with absolutely fantastic sound accompanying pleasant visual effects. There may be problems with the camera settings in the later levels, but this is quickly remedied. The controls are intuitive and well suited to mobile devices.

Some problems may arise with swiping as well, depending on where you start it. If you don't adjust, your finger may go off the screen before you've even finished the desired gap. So be especially careful here. 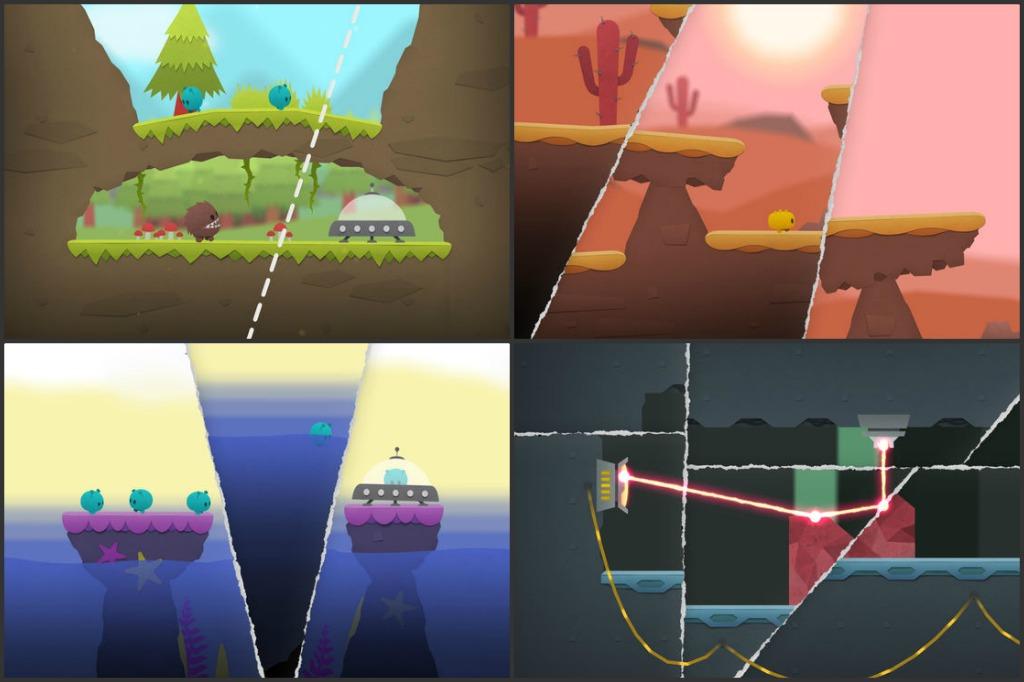 Splitter Critters is a lot of fun and inventive. We think the fact that once you reach the end, you regret and want to play more says a lot about this game. We guarantee that you'll get a great payoff from Splitter Critters, and the sheer number of options and solutions available means that you can try a lot of different ideas as you play. And even though the game seems a bit short, if you're looking for something interesting with a strong dose of charm, you're unlikely to regret your choice.