I will do a short series on how to play the Legendary Game of Heroes, the basics I gave in this articleBut in the cycle, let's dive into the details, the heroes, the equipment, the decks after all. Let me remind you that the Legendary Game of Heroes is a 3-in-a-row heroic puzzle, but it's not enough to just put puzzles together, it's important to do it competently. That's what we'll talk about.

I'm only level 37 now, so at the very beginning of the game and absolutely no normal cards, so it's very important to take the maximum in all the events (events in the game).

Contents hide
1 What to do in events
1.1 What's good about the Flying Lotus card
2 Event for Slayers - Jade Forest
2.1 First. Preparing the deck for the event
3 What to do in the Jade Forrest event
4 Getting Event Characters and Weapons

What to do in events 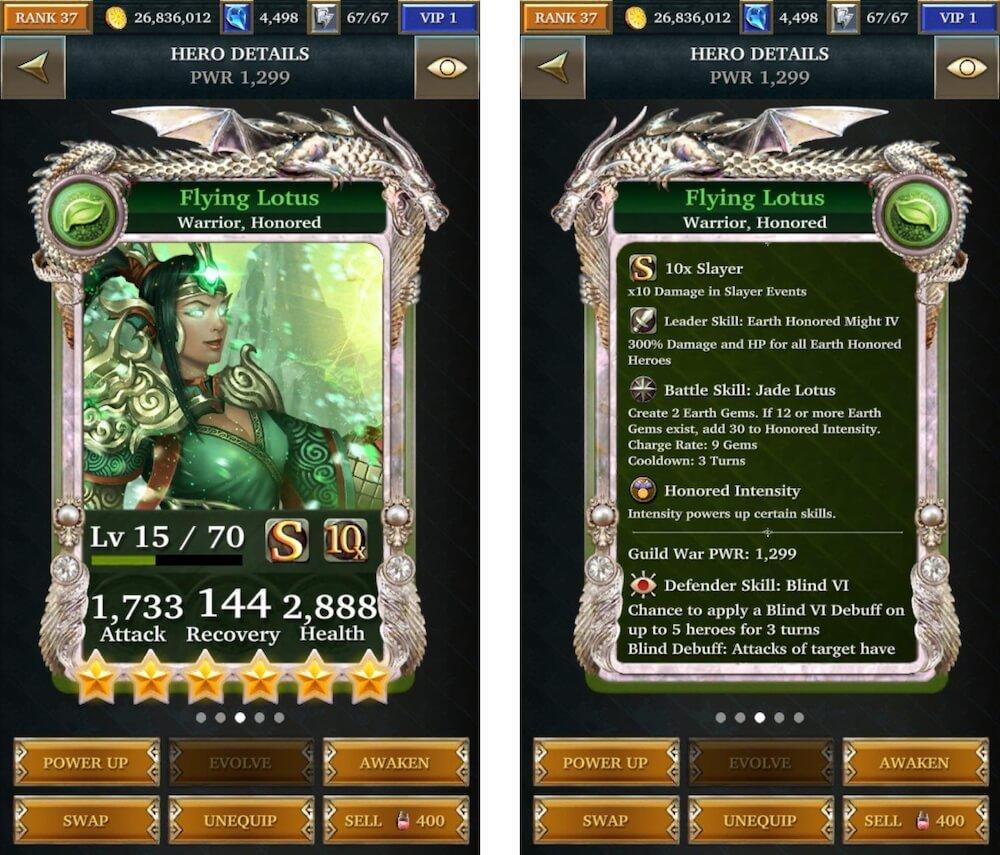 Chances are you've already found a guild to your liking. You have some cards marked as S. There is some amount of crystals.

First. Preparing the deck for the event

You have to understand that the deck may change in the process. But some things will remain the same in this event: you need slayers, you need green slayers. And as a rule of thumb, if you're not level 100, you don't have them. What to do?

We go to the pact timed to the event and try to attract luck. But NOT the one that comes out at the same time as the event.

You need Honored pack - I was able to pull a Master Wu from him, which is quite good not only for this event, but in general. I managed, it's pure random, to pull it from the second Tyre. The guys in the guild didn't pull him from the fifth Tyre either, where one of those heroes is guaranteed to fall, but the other one fell.

Second Pack, Lotus Pack - You don't need it. You'll get the event map anyway. The rest is too much up to chance, but if you have crystals and luck, go for it. Again, not the best cards.

Then it all depends on your cards.

Right now I have an event card, a Master Wu, two yellow slayers, and one blue one in the center. This is out of desperation. The good thing is to have all green and all S's. 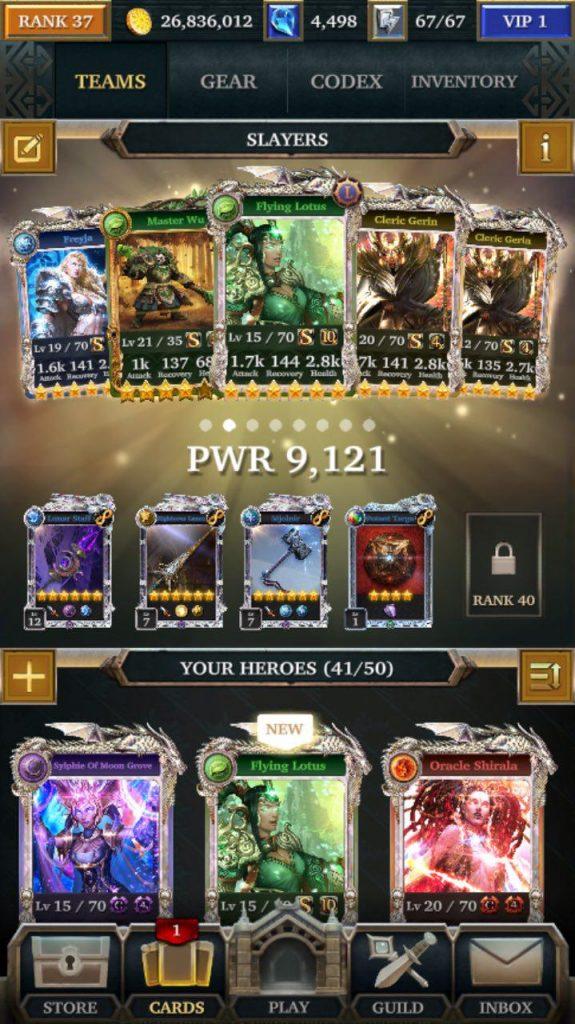 Don't forget the equipment. I have all of it from the last few events. Why? Well first of all there are yellow cards that get a bonus + they do increase my attack. Well, and of course you do not need to put the weapon, for the color that you do not have cards in the deck. Put only the weapons, I have a shield on purpose, so that one of the bosses did not kill the first time.

What to do in the Jade Forrest event

Event is pretty simple. If you beat personal bosses, you get guild keys, if you beat guild bosses, you get guild keys. It's important to remember that more keys are given for finishing, for the most damage on the boss, for help. You can hit with 1 key or 3 (5 times increased damage). While you're small, I recommend beating 1, still boss will not bring down, but the experience and money will gain more, as the bosses will be covered more.

From the killed bosses fall cups and various coins:

Don't forget to send a deck every 4 hours for 5 keys for personal bosses.

Getting Event Characters and Weapons

To get the event character Flying Lotus you just need to collect and open a certain number of Jade Amulet Boxes. You buy the character in the event store. Immediately increase the level to 4* or 5*, as many details are enough. You raise the level of the hero. It's easy with this one.

Weapons usually arrive 1 day later, on the second day of the event. This is the first day, I'll update tomorrow.

And yes, add yourself as a friend, the nickname in the game: Apps4Life

Blood of the Titans - new KKI for iPhone and Android, download first

Dragon Chronicles - Guide and Tips for Beginners and Advanced Players