Hi, today let's take a look at the new Kingdom of Heroes game that appeared in the AppStore last week. It was the official global release. The game is very similar to Summoners War. It's a strange decision of the developers, but probably justified - that's me talking about the glut of IDLE and AFK games.

How is it similar to Summoners War

Heroes, though from some other universe, runes, pumping heroes through "eating" other heroes, the same towers of Runes, Awakenings, similar events, arena, development of heroes and farm farming 🙂 Except that the combat is different. Here it's the same alternating swapping skils, but also with movement on the hex map, which gives more variability and interest in tactics and battles. And it is clear that there is much less variety here, but the game is much less years, but there is more potential. 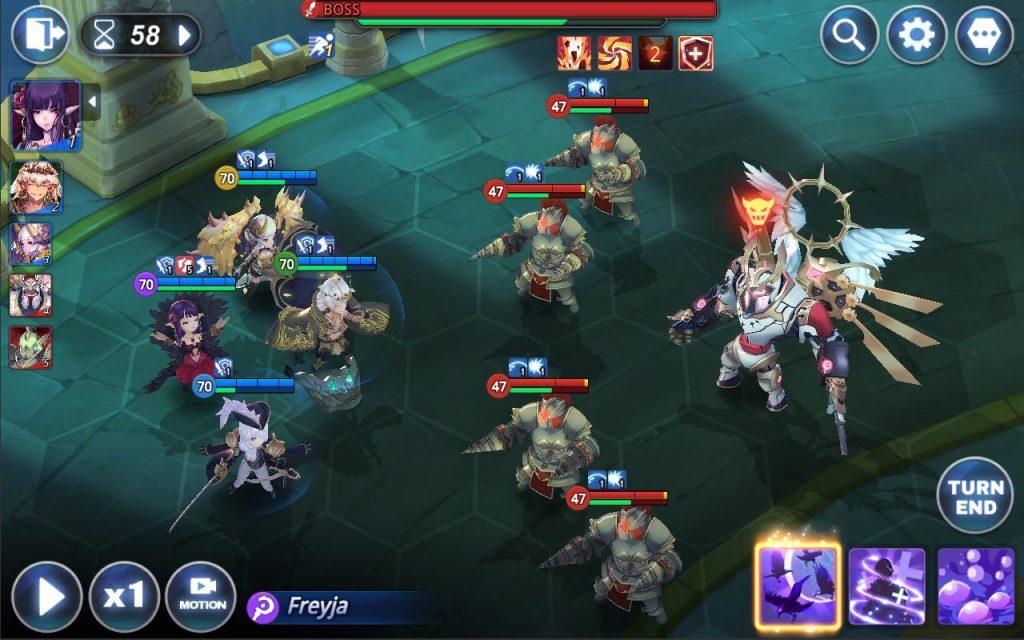 Anyway, I played it for a week and have something to tell you. This can't be called a full-fledged guide (but I'll update it and it will become one soon), rather a series of tips and how I saw this game. It's new and will probably evolve, just like Summoners War, so I'll keep an eye on it.

Play Kingdom of Heroes on the PC

Kingdom of Heroes Guide and Tips

I'll start with the bad, the game has no Russian or Ukrainian languages. Who has a problem with this - condolences. Although even with the nominal level of English here everything is clear and transparent. By the way, I sent the developers a question about when they add Russian. As soon as I get an answer, I will inform you, so subscribe to the channel. We will play new games every week.

Training in the game is done very well. Guided straight by the hand and show everything, sometimes such details are annoying, but you could skip the training - when you start the game we are asked about it.

I'd like to say something about the voiceover. It's cool, but for our ears is quite difficult to perceive. All these Japanese shouts, desperately bored already to the 10th minute of the game, so turned it off.

The graphics in the game are awesome, there's nothing to complain about. Well, you've already seen it yourself while listening to me.

As usual in such games, there is a question of who to cast and who will be our cor-hero, that is, the main one, who will let all the others go. Developers made this choice a little easier and gave us a ticket for one 5* hero. That is, when using the ticket, you can choose anyone, except, light and dark heroes. On English-language resources lean towards such heroes: Ingway, Ifrit, Esperanza or Claudia.

The first hero I chose was Ifrit. There, by the way, will be a table with % how many players chose this or that hero. Ifrit was in 1st place with 33%. I fell for that number. What can I say? Ifrit is a cool character, but in the later game, he has very high damage but very low survivability. That's why I restarted the game - this can be done through the game settings and chose Ingvay.. Just because he has more defense, has a mass attack, a small rebound and counterattack. And also the first skin, which depends on the level of health. At low ranks it won't be noticeable, but later on, you'll probably have to shoe him into runes for life. And yes, he may have less attack than Ifrit, but at the cost of survivability, he's a drag.

For damage we are given a dark hero Freija. I recommend developing it, too. We will be given quite generous shards of her and the same heroes. They can be used to pump up her skills. Another skill can be pumped up by a special hero - Skill Fairy. (the fae or fairy skin or skill fairy, if you want to translate it into Russian).

The rest of the characters will be situational. I'm left with the hero I was given at the beginning - **Arthur** and Dr. **Sif**. Both of these are three-star heroes, which means that if you roll 4 or 5 star heroes, these will go to feed them, which is understandable and obvious.

I went through the entire Normal level campaign with these heroes, and now I'm finishing up the Hard level.

We can stop there. But I'll go more on the menu of the game itself, maybe something interesting we find).

A short review of the game

Section on work with runes, I will not dwell in detail.

This is where all our victories are. And here lives the dailies, which it is advisable to perform every day.

That's for donaters, don't go there 🙂

This is where we call for heroes. I recommend drafting at once packs of 10. Then at least the minimum benefits will be, for example, in the form of a hero of 4 stars. And better for some events.

We play without donation.

Store for in-game coins. Occasionally appears diamonds, be sure to take. You can still buy:

Runes do not need to take, for 5 stars and above - too expensive. Cheaper to knock out in the Runes dungeon.

Or events. Lots of events. Everything is exceptionally clear and native.

Craft runes, awakening stones and special things, but they are still a long way off, so it's not clear what it is yet.

These are tasks where you can and should send your heroes that bring rewards. The reward can be improved, there is % of fulfilling the conditions of the task will be high enough. Quest level - tells us that you need at least one hero from that level.

Shows what effects are now acting on your heroes.

That's about it. The rest is either insignificant, or even a three-year-old child with no knowledge of any language can figure it out just by poking the buttons).