It takes a lot of time to travel on foot in Mainecraft. And to speed up the movement in the game provides sled animals and boats. Riding pets include: horse, mule, pig and donkey, only these animals can be saddled. The catch is that there is no saddle. And it is not so easy to find it, in this article I will tell you how to find or make a saddle in Minecraft. 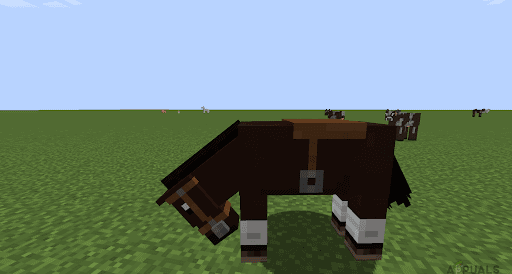 How to make a saddle in Minecraft 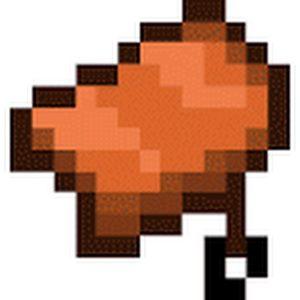 How to make a computer saddle

Saddle - is a relatively rare item, the search for which can take several hours.

And, for example, to make a saddle on the workbench in survival mode, without the use of mods, is impossible.

Find in a chest in Minecraft locations

The easiest way to obtain a saddle for riding animals is to find in the trunk. The chest can be found in certain locations,

To find the dungeon you should use the "Ender's eye", which is dropped from the aggressive mob "Enderman". After obtaining the eye, press PKM, throwing it into the sky. The eye will show you the direction in which to move to find the fortress.

In version 1.12 was removed the ability to ride a baby pig. Now the saddle appears in the village, in boxes in the building of the forge (building with a couple of stoves and lava). 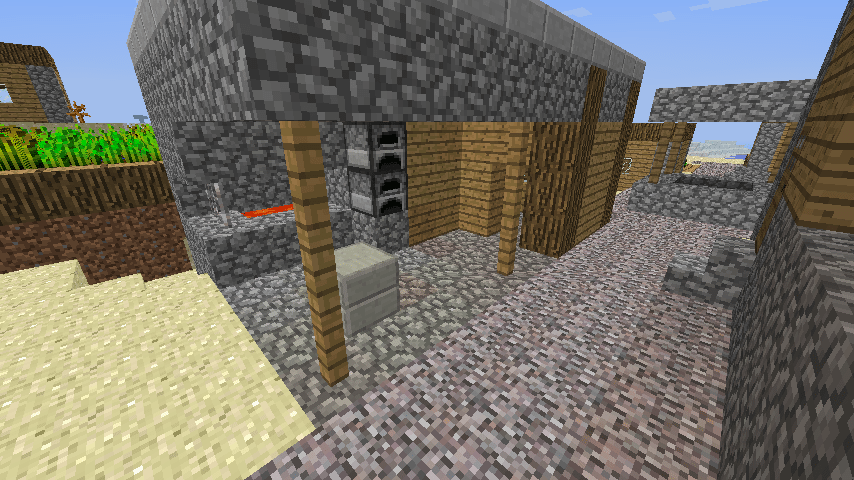 The temples can be recognized by their appearance. See the screenshot below. 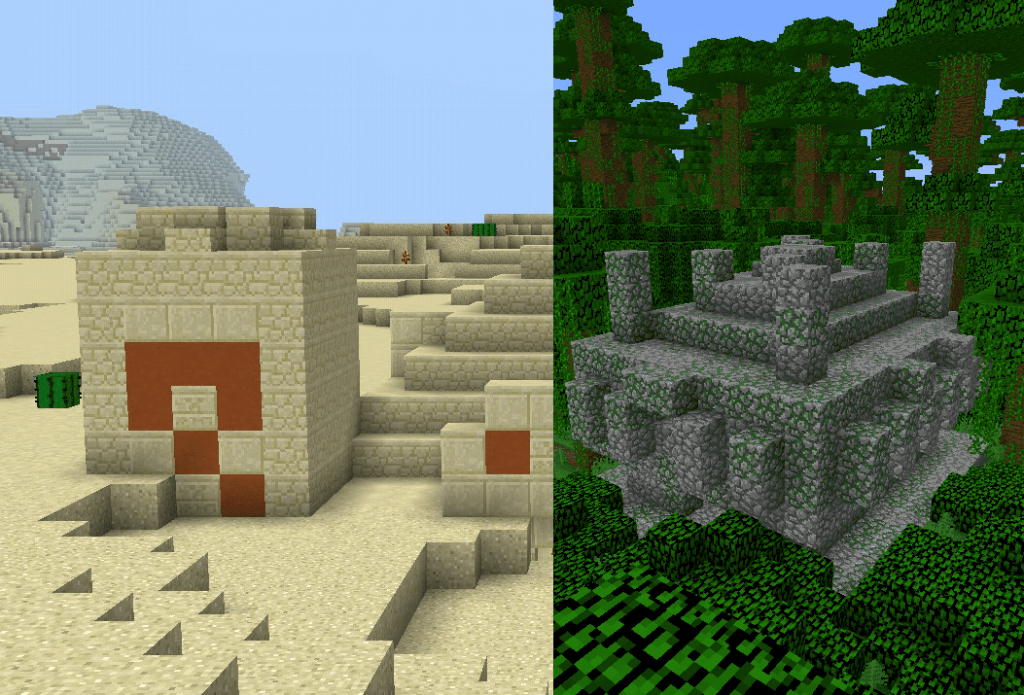 And another option with a chest on the map. It can be found in the city of Edge, inside there may be a saddle with a probability of 13.3%

It is also possible to buy a made saddle from a resident with the profession "Tannery". To do this, you need to raise the level of trade with this NPC to level 3. The cost of the harness will be 6 to 10 emeralds (the cost can be reduced by improving relations with the village).

In Minecraft 1.16.5, the saddle has become universal. Previously, you had to have saddles of different types. Now you can use the same harness for both horse and pig.

Now this loot appears in the boxes of the "Hell Fortress". To get into this building, you need to build a portal to the "Lower World". It is created from 14 blocks of obsidian (this ore is created by combining lava and water). Once the portal has been created - light it with the lighter and enter it.

Once in Hell, keep moving in one direction until you stumble upon the Hell-brick castle. If you are lucky, you may find a ready-made saddle in the casket of the fortress.

Saddles can now be found in the "Cities of the Edge", and they are also guaranteed to fall from the enemy monster "Destroyer".

Obtaining a saddle by fishing

In the latest version of Meincraft, the ability to mine finished saddles in ruined mines has been removed. However, the saddle can now be fished with a fishing rod, with a chance of 1% (to increase the chance, be sure to use the "Sea Luck" enchantment.

So, to summarize. In the latest version of Minecraft seat can be found in locations: "ruined mines", "sanctuary of the desert", "jungle sanctuary", "fortress", in the location "Edge", as well as in the village in the house of the blacksmith or the tanner. Or catch it with a fishing rod.

If you have no desire to roam the dungeons, use the "creative mode", you can make a saddle right at the beginning of the game. To do this, open the creative inventory. In the equipment section, find the saddle and put it in your character's pocket. 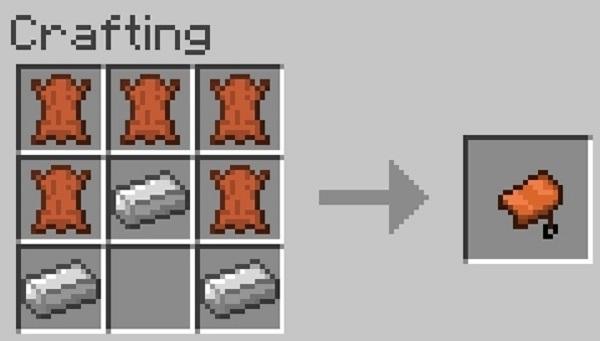 Fished out of the pond with a rod

This method is not the most efficient, because % to catch a saddle of 0.01%. That's pretty low. The chance can be slightly increased by enchanting the rod with Sea Luck III charms. But I still don't recommend this method, as luck may not be with you)

Buy from a leather and leather goods merchant

Find a settlement where there is a leather merchant and for a small amount of money, you can buy a saddle. I'll point out three facts:

How to make a saddle from a phone

In Pocket Edition, the saddle is obtained in the village chests or in the process of fishing. Also, in the mobile version, the loot for riding appears only in the chests of the "Edge City".

As in Java Edition, you can use the creative mode or the console. To do this in game chat you should enter "/" and the command "give 329".

Where to find a horse to put a saddle on it

Most often, wild horses and pigs can be found in the "Plains", "Savannah" or "Forest" biome. Horses differ from donkeys and mules in that you can equip armor on the former and chests on the latter.

How do you tame a horse?

To tame a wild horse, you must saddle it several times. After a certain number of attempts, the horse will stop throwing you off and will be considered tame.
Different horses have different jump height and endurance characteristics.

It is not necessary to tame the saddle pig. In addition to a saddle, you need a rod and carrot to ride it (can be found in chests or made from one rod and one carrot).

How do I use the saddle?

To use the saddle you made, you need to take it in your hands by right-clicking on the tame horse. To get on the saddle, right-click again (it's important that you don't have any objects in your hands at this time!). If you want to dismount, use the "Left Shift" button.

Secrets and tips for the saddle in the game Minecraft