Information about passing the Galaxy War in Star War: Galaxy of Heroes (abbreviated GW or GW) will be useful and interesting first of all for newcomers. As well as those who would like to play comfortably and not invest money in the game. So that the advantage of "donaters" was minimal.We have already written Beginner's Guide on how to start the game correctly. If you have followed all the recommendations, you are probably at the Top of the Arena. What's next? What's the lineup? We don't want to limit our team choices, but there are limitations imposed by the game itself. We will try to squeeze into these constraints and create a capable team. The key factor is the availability of droids for training and credits to raise the level of your character. We'll need 6 characters in allthat will need to be developed. So:

Contents hide
1 Walking through the Galactic War in Star Wars: Galaxy of Heroes
1.1 Team composition for Galactic War
1.2 The final team for the passage of Galactic Wars

Walking through the Galactic War in Star Wars: Galaxy of Heroes 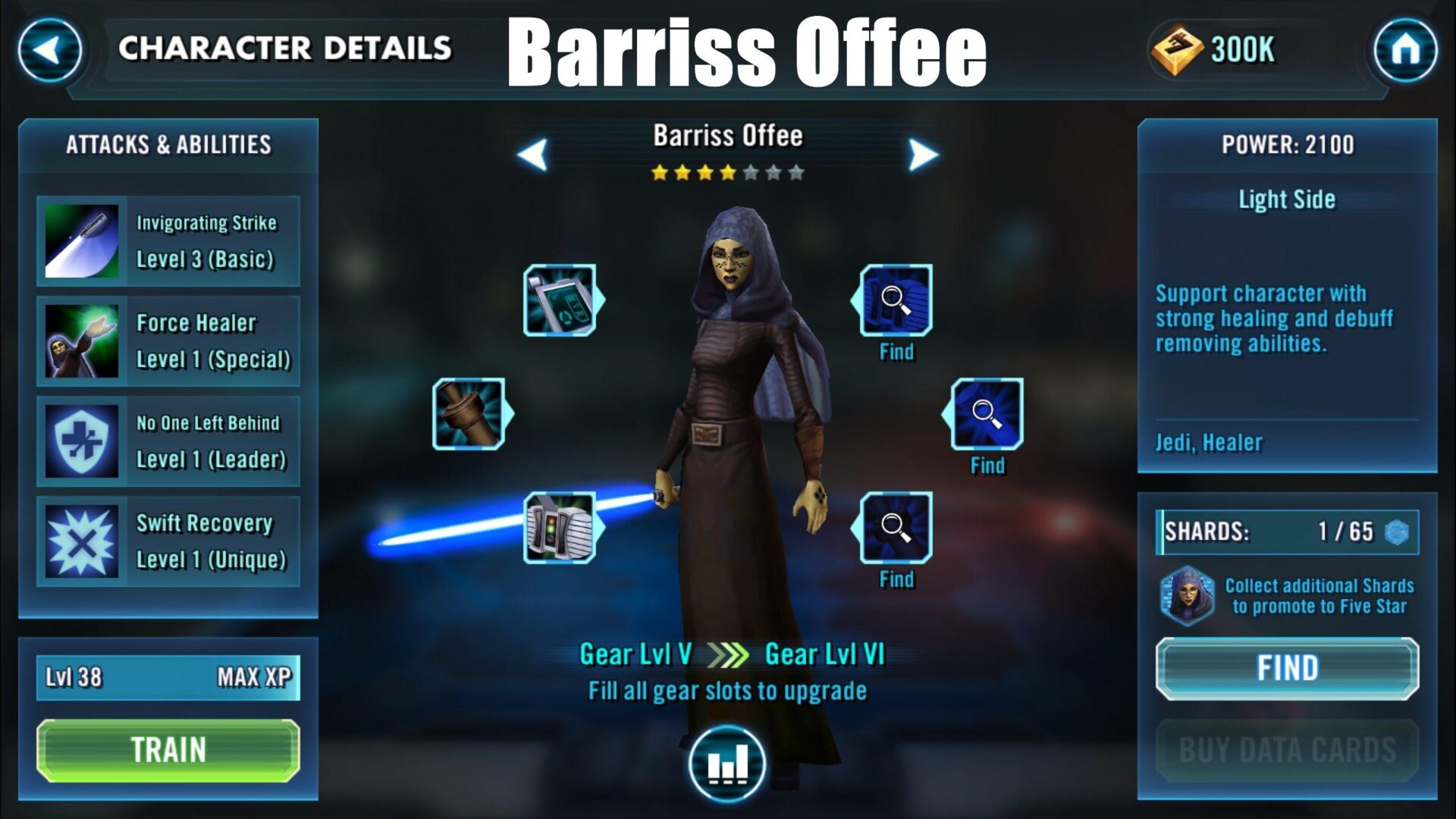 Of great importance is the stardom of the characters (the number of pumped stars of the character). Characters get on your team at different times, but your goal is to raise stars as quickly as possible. 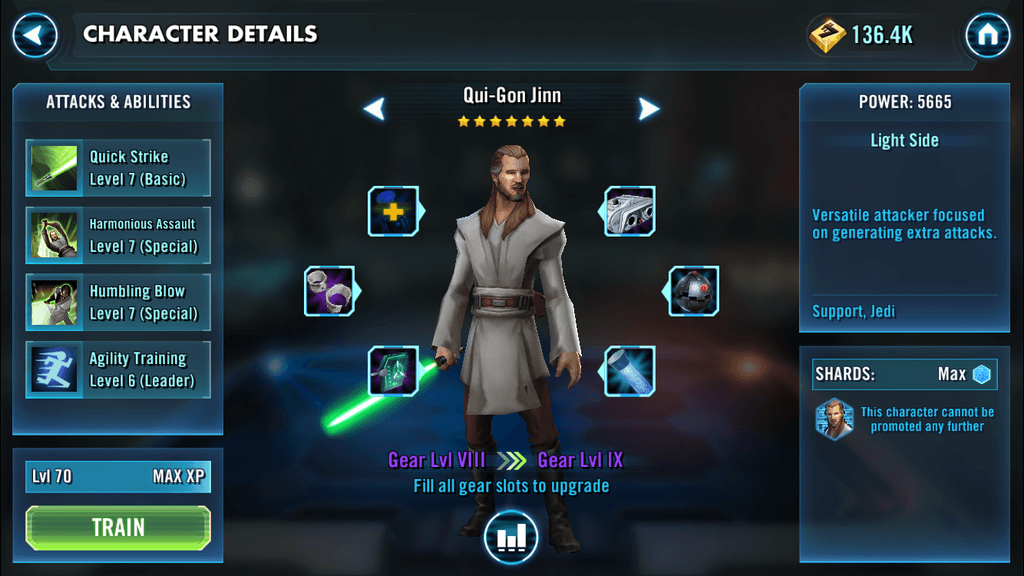 The final team for the passage of Galactic Wars

Leader: Kwai, furthermore Loomie, Duck, Dooku и Consul. That's it. You don't need anything else for a complete daily and fast GW.