January 9, 2017 is a momentous day for Apple. Ten years ago on this day, Steve Jobs announced the first-generation iPhone. It was a device that combined three products at once: "a widescreen touchscreen iPod, a revolutionary cell phone, and a breakthrough communication device for the Internet. And now a decade has passed since the iPhone has dramatically changed the way of thinking and the way of life of the modern user.

We no longer remember the times when we had to ask for directions or use paper maps in unfamiliar areas. Or that we had to carry a whole set of different gadgets with us all the time. A phone to call or text, an mp3 player or portable audio cassette player to listen to music, an mp4 player to watch clips as well, a camera to take pictures. Wireless services or data transfer were out of the question back then.

And so, in early January 2007, Apple founder Steve Jobs demonstrated the very first iPhone. This happened at the Macworld Expo conference in San Francisco. The device had a touch screen which allowed typing, "swiping" and zooming in on the displayed data. The device offered many possibilities and was easy for users to understand. Steve Jobs argued that "the simple can be harder than the complex." So the first iPhone became a mini-computer that even children could handle. 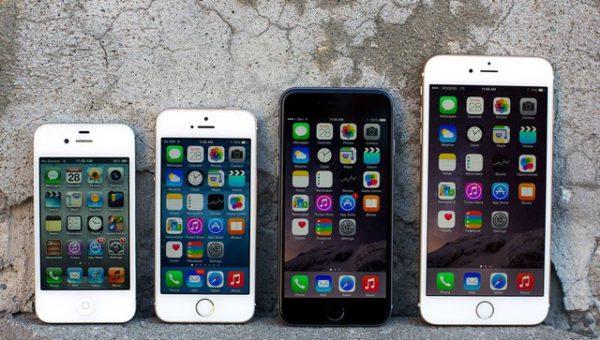 A person's life has changed dramatically

Since then, the development of the iPhone has not stopped, every year the products improve more and more. Apple has become the most expensive global brand. Other companies are trying to keep up and produce similar products. Compare: in 2007 the global sales of smartphones reached 122 million, and in 2016 - this number was already one and a half billion.Smartphones take a significant part in our lives. The small and very functional device is always at hand and makes our lives much easier. Scientists estimate that we look at the smartphone screen almost 200 times during the day. We wake up and fall asleep with it. According to US sociologist Sherry Tarkle, smartphones have made us "in a way people-robots." In public transport, almost all passengers stare intently at the screens of their gadgets, and it must be said, we have become used to it. It has also become normal that people take pictures of everything and everywhere: architecture, food, animals, themselves - all made possible thanks to the iPhone. Last summer was remembered as a boom: a lot of people got hooked on a game that mixed reality and the virtual world, the app Pokemon Go became a so-called people's sport, and it was all thanks to the smartphone. 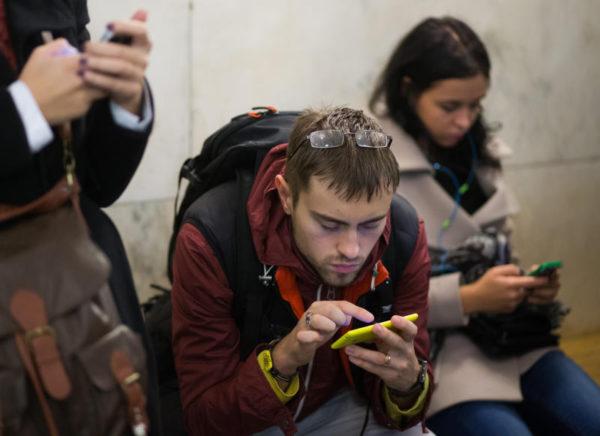 Thanks to mobile devices, we can always keep up with the latest news, be near our loved ones, or check what's going on at work. But as for the last point, it's not always a good thing. Often people lose track of the line between work and leisure. According to a YouGov survey last summer, one in two people checked their work e-mail inbox after work hours. And nearly one in three did so at least once during their last vacation. At the same time, 40% respondents say it bothers them if their partner checks corporate email while on vacation. And one in three perceive the constant ability to access work freely as a burden. But for now, certain companies are responding to such frustrations and therefore prohibit work-related emails from being sent during vacation time.

The power of the smartphone over man

And in a sense, we are subordinate to smartphones. Computers are able to evaluate our actions, predict our future actions or guess our preferences. It's like utopia, these little devices are able to provide us with services without which it is now difficult to imagine our lives. They have become a kind of drug, because it is not uncommon that people can no longer live a minute without their smartphone. If it is missing or broken, some users experience a state of fear and even shock. There is such a concept as "nomophobia" or mental disorder, known as "iDisorder" - the fear (phobia) of being without a cell phone or away from it.People grab phones on and off the need. In the modern world are widely known diseases associated with this addiction. Those who constantly youzuetsya phone, prone to problems such as getting stress, high blood pressure, sleep disorders, and in the worst case - emotional devastation or depression. So no matter how useful and necessary these pocket helpers are, we still should not lose control over ourselves and our real life.