We've already written a cool Idle Heroes Game GuideAnd of course we could not fit it all in, but the need is. Therefore, separately tell us about the best heroes in the game. This is a real all-rounders, they can be used in PVE in PVP and even in the Pit. We recommend to take a close look at these heroes first and pumping to start with them. The list of heroes is subjective, so you can always express your own opinion in the comments to the article.

Want to play Idle Heroes on your computer? Go to the link below, download a special program Bluestack, which is the best android emulator on PC. Now you can play not only on your phone with full synchronization of game moments!

Found some interesting information on the tee-list for the late game. The publication is fresh - June 16, 2019. 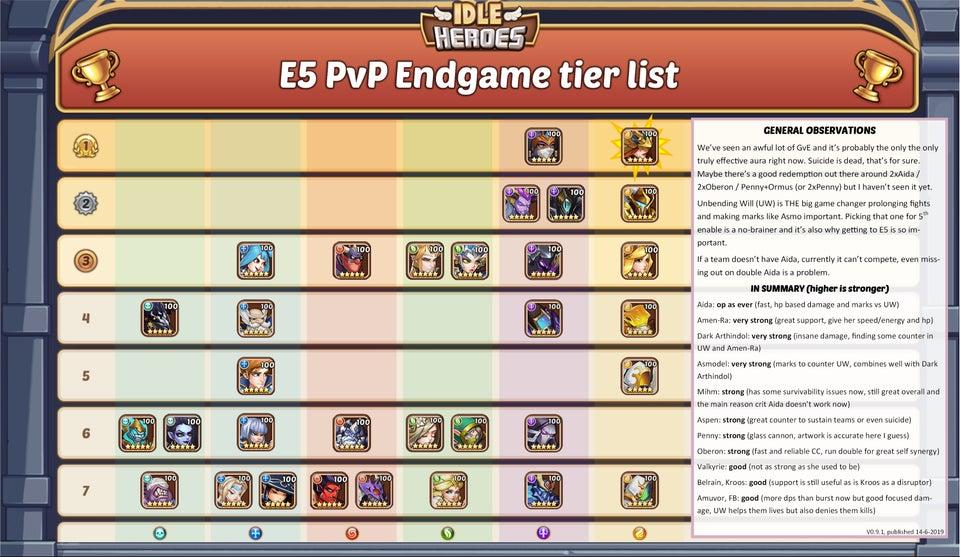 This list of top heroes may change in December 2019, but it's more relevant now than ever. 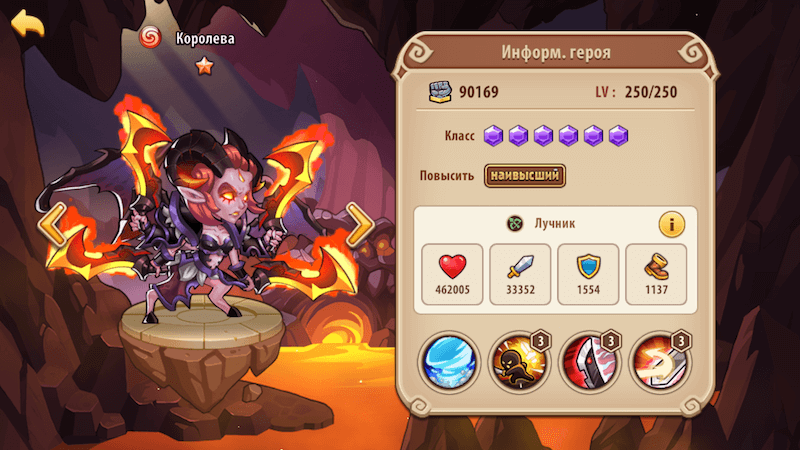 Has a very high damage if properly swung. It hits all targets, causes bleeding, debuffs on Krit chance and Krit power (i.e. actually decreases enemy damage), baffles its own power and Krit chance, and has 100% chance to counterattack the enemy. She should take the stone for Crit chance/crit damage, and the artifact for damage absorption or for attack and Crit chance. 1 slot. 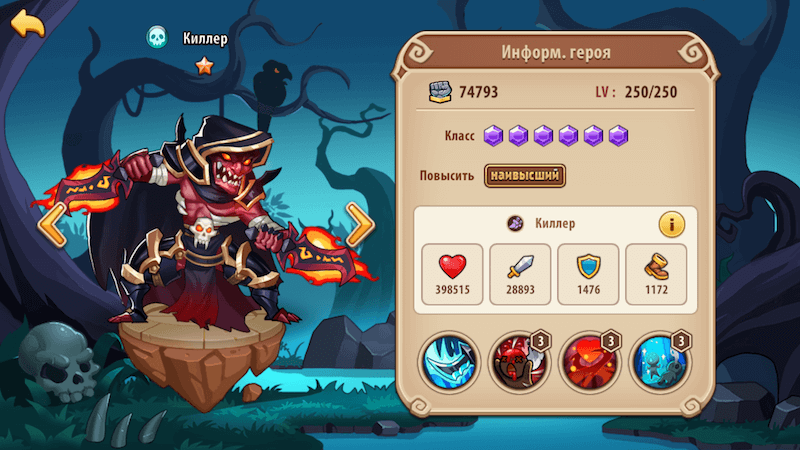 It also bases its damage on bleeding (on its presence on the enemy), has a high level of armor piercing, which makes it one of the top heroes, especially in conjunction with the Queen. Queen with accelerated speed moves first and gives bleed to all enemies, the next turn Blood Blade deals increased damage on bleeding targets. Has increased damage on rangers and heals itself. Stone on attack, and artifact on the attack and the chance of Krit, it is better to put in the 2 slot. 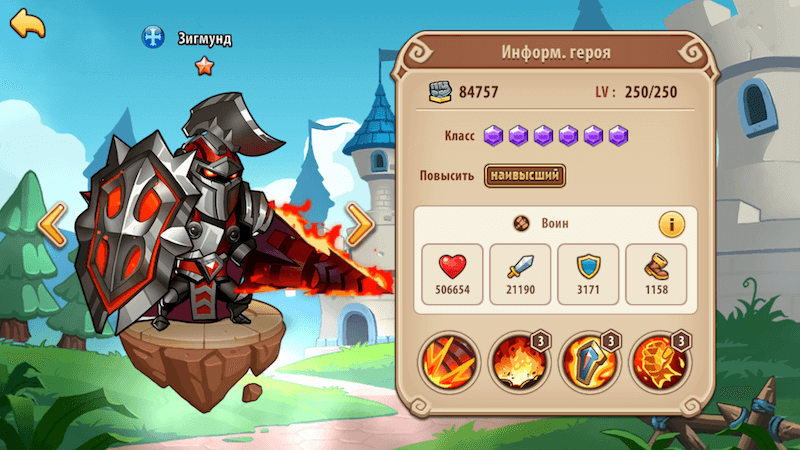 Tank with a high damage score. Has the highest armor rating in the game, deals huge damage to bosses by lowering their armor, as well as good in PVP. Naturally, it is placed in the first slot. Stone put on the choice of attack/health/sacred damage, artifact - damage absorption. 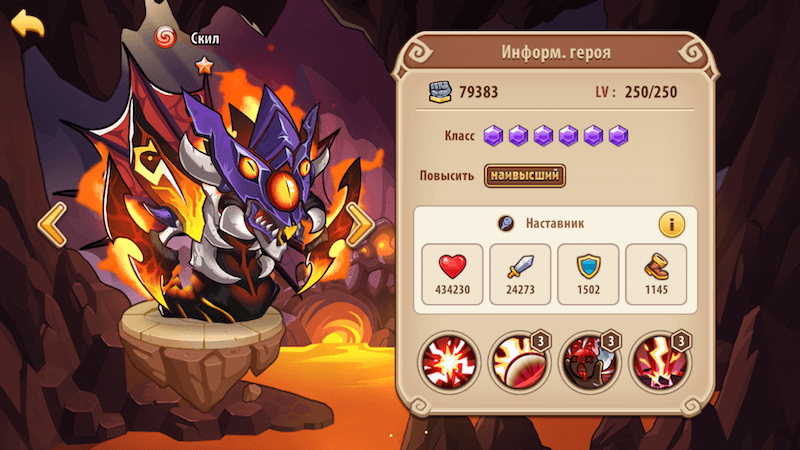 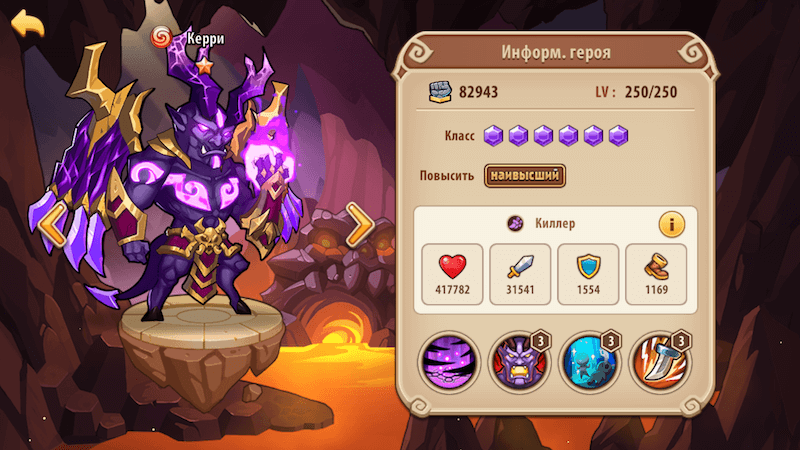 He's great in the Pit thanks to his warding off. He's the only one of his kind in the game who can get away with it, because other heroes can get away with it at the cost of damage. He can also be very vain and timid, especially when he's about to get hit by a lone hero, such as Vengeance, Sullivan, and Sullivan's brother. He can also be very resourceful when he's on the move. Stone is a critshank/crituron, artifact on critshank/attack. In any slot except the first. 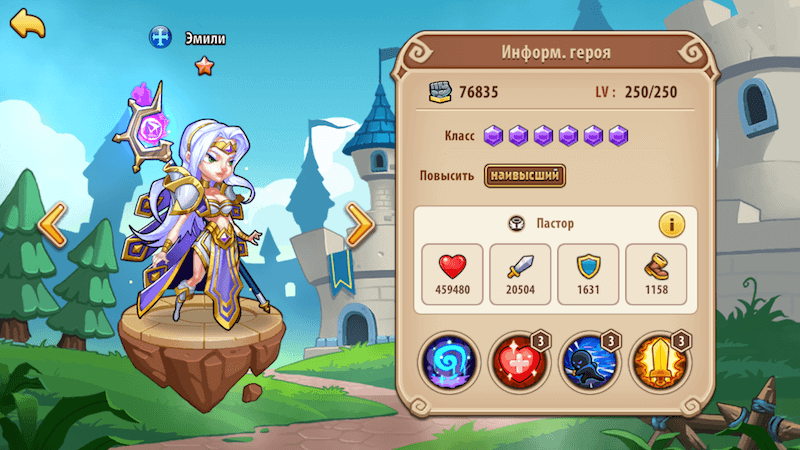 Buffet speed, so that our pack of heroes go faster than the enemy, attack and debuff all enemies on the chance of a crite, thereby reducing their damage, as well as increasing the survivability of our team. Stone - for speed, no options. Artifact for energy or speed. The main slot is the second. 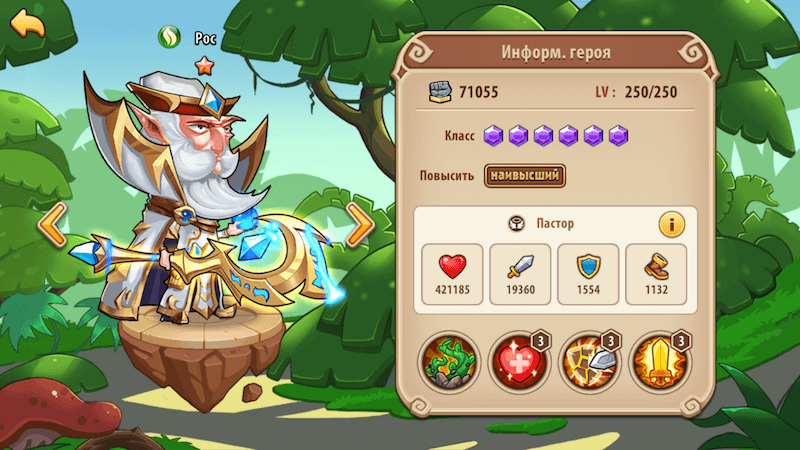 5. The clairvoyant is the best player for PVE 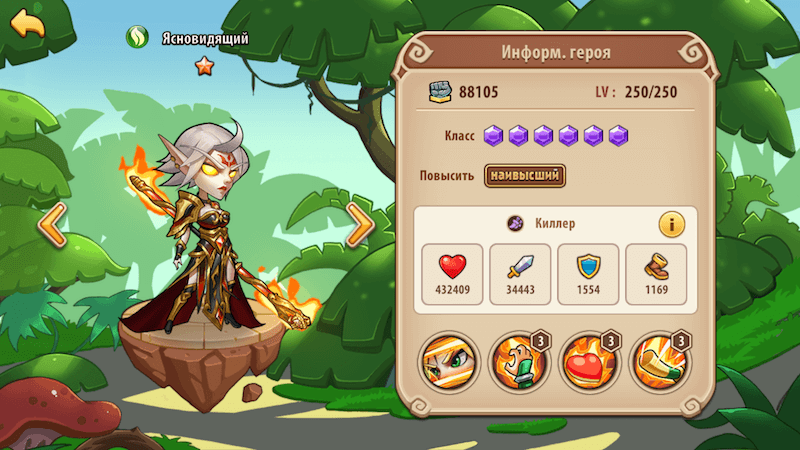 Unique talent - increases the damage of all his allies. At the moment this character is considered top 1 in PVE, and feels good in PVP. There is a rebound due to critical hits. He has a very high attack rate. Stone is put on the critt chance + critt damage. Artifact is attack and critical chance. Slot - the second, as an alternative - you can put on 4, 5, 6. 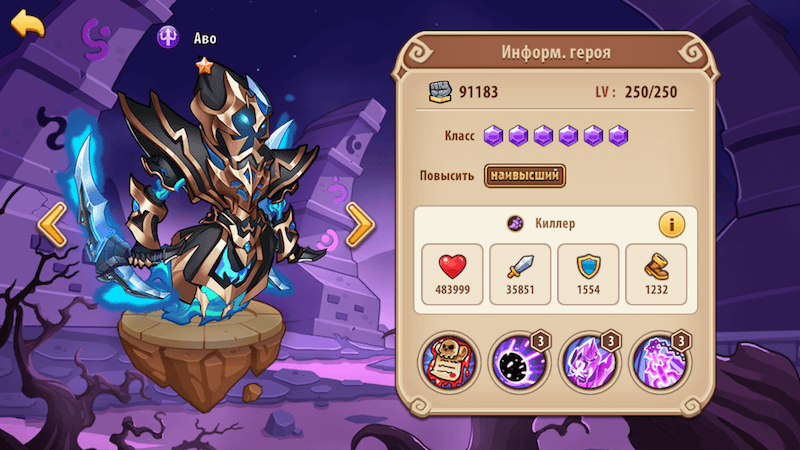 Top Assassin of Darkness. Has an increased on prists and bosses. Has a high rate of attack, critt chance and critt damage. Unique stat - restores energy (30pc) when his allies ulute (conduct a strike for energy, not the usual), accordingly he himself ulutes even more often. Has immunity to silence. The regular attack decreases the target's energy by 50, which makes it less likely to ululate the hero Amunvor is targeting, which helps us survive and win, of course. Stone for Crite Chance and Crite Damage, and as an alternative you can use the attack. Artifact on the attack and critt chance. Slots 2, 4, 5, 6.

3. Blades of Faith - the best player for PVP 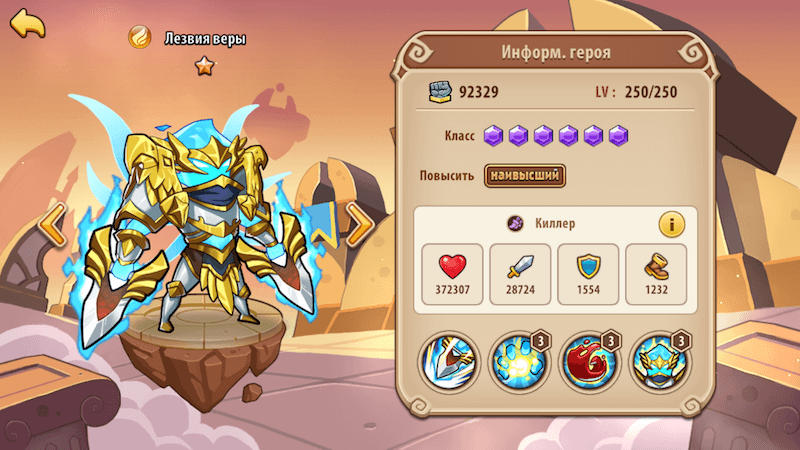 The hero deals space damage, has immunity to stun and a high holy damage score. In PVP such a hero is a masthead, no options. Stone for speed, artifact for energy. The main slot is the second. 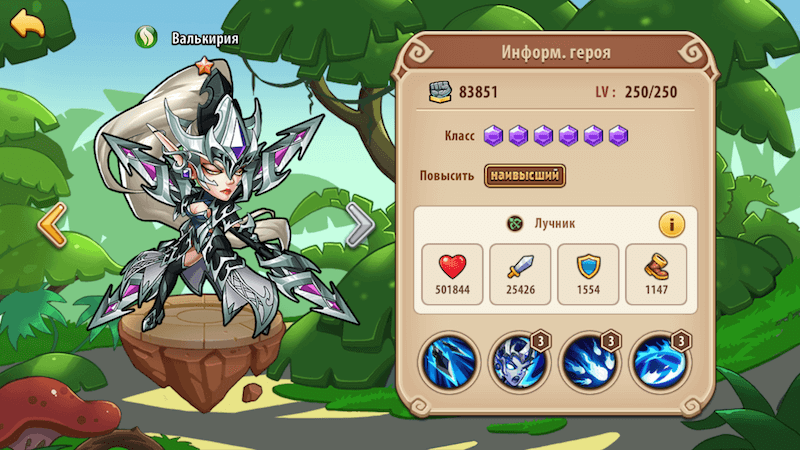 The hero deals a colossal amount of damage, like the previous character, but not at the expense of 1-2 hits, but stretched over time by setting enemies on fire. Very survivable character, heals himself. Slot - 4, 5, 6. 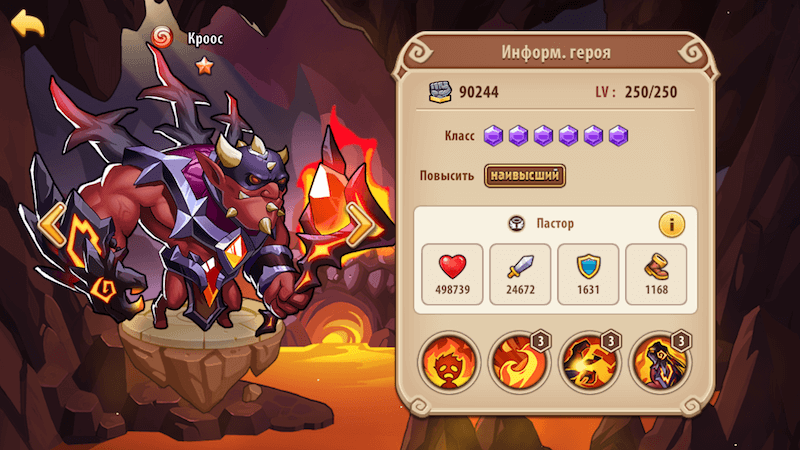 What do you think of his first passive? Increases damage to 4 targets by 50% for 3 rounds, as well as giving one opponent a full stack of energy, allowing that hero to instantly ululate. The second ability - increased damage for the first ability, reduces the armor of the entire enemy back row, as well as deducts 20% from the max health of our two heroes. Isn't that imba? Has a high speed rating. And has 20% damage absorption. And another cool ability, when Cruz's health drops below 50% he has a 75% chance to ambush the enemy for 2 rounds. As you guessed - a masthead in PVP. Stone him for speed, artifact for speed or energy. Slot 1 or 2, 3. 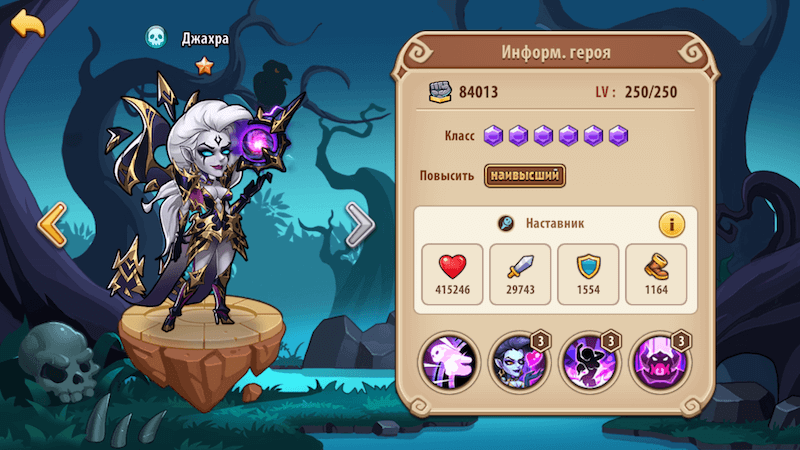 One of the top dark mages in PVP. Has a lot of control. Steals attack from bosses and accordingly shows great damage figures on them. Has a high self-heal and energy regeneration for every enemy stun, which allows her to stalk more often and be healthier.) Stone for attack or speed. Artifact for speed or energy. Slot 2 or 4, 5, 6.

1. Weiss is the best hero for passing the Pit 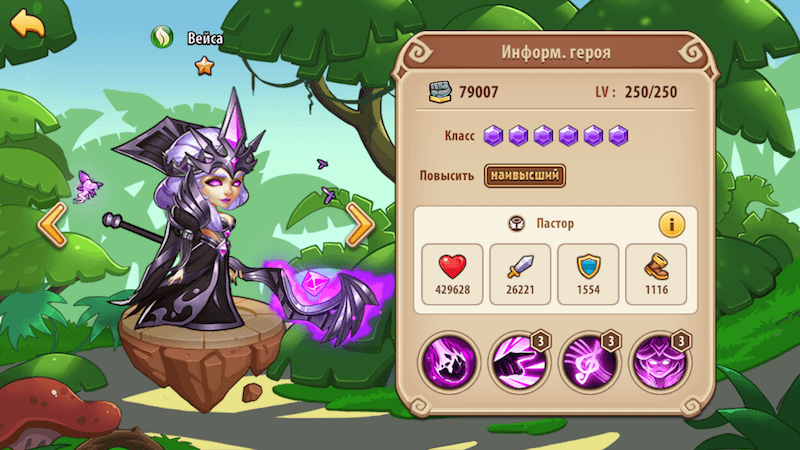 The most versatile hero in the game. She's great in PVP, does great damage, hits your whole team, controls the entire enemy team, and ranks #1 in passing the Pit. I recommend rocking it to everyone. Stone on Critt Chance and Critt Damage or Attack. Artifact on the attack. Slots 4, 5, 6.

And some more gifts.

Here for us with you collected an excellent table in which the heroes are divided by their use: PVE, PVP, Pit (Aspen Dungeon), by class. Looking at the table (when you click on it opens a picture more size) is completely lost and not quite understand who to swing in the first place. My advice to you - call the faction forest, there is the largest number of good heroes. Either get the one you currently got. Definitely do not chase after the dark and light characters - they collect a long and motor, and even with donation. 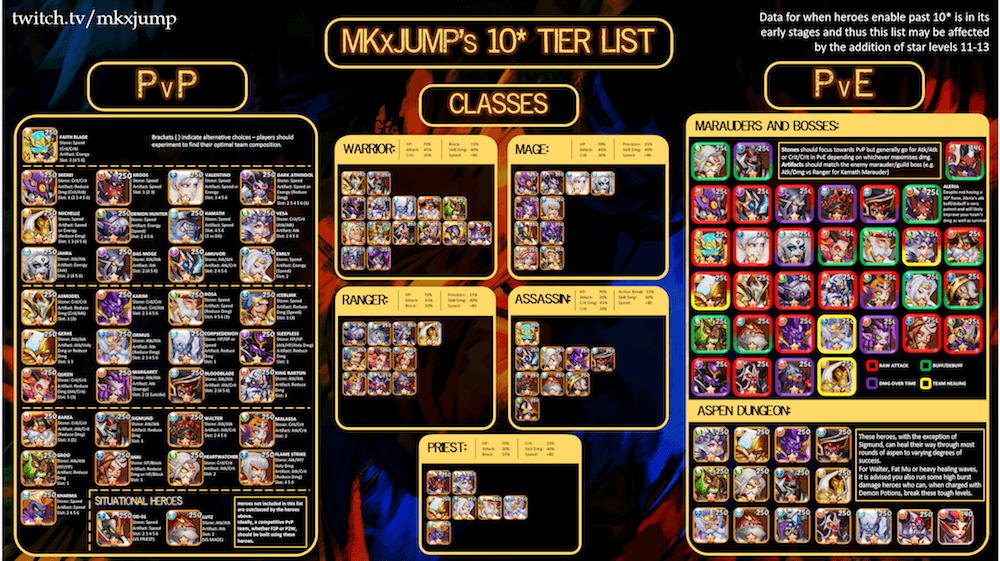 PVE - the best heroes according to Zeals 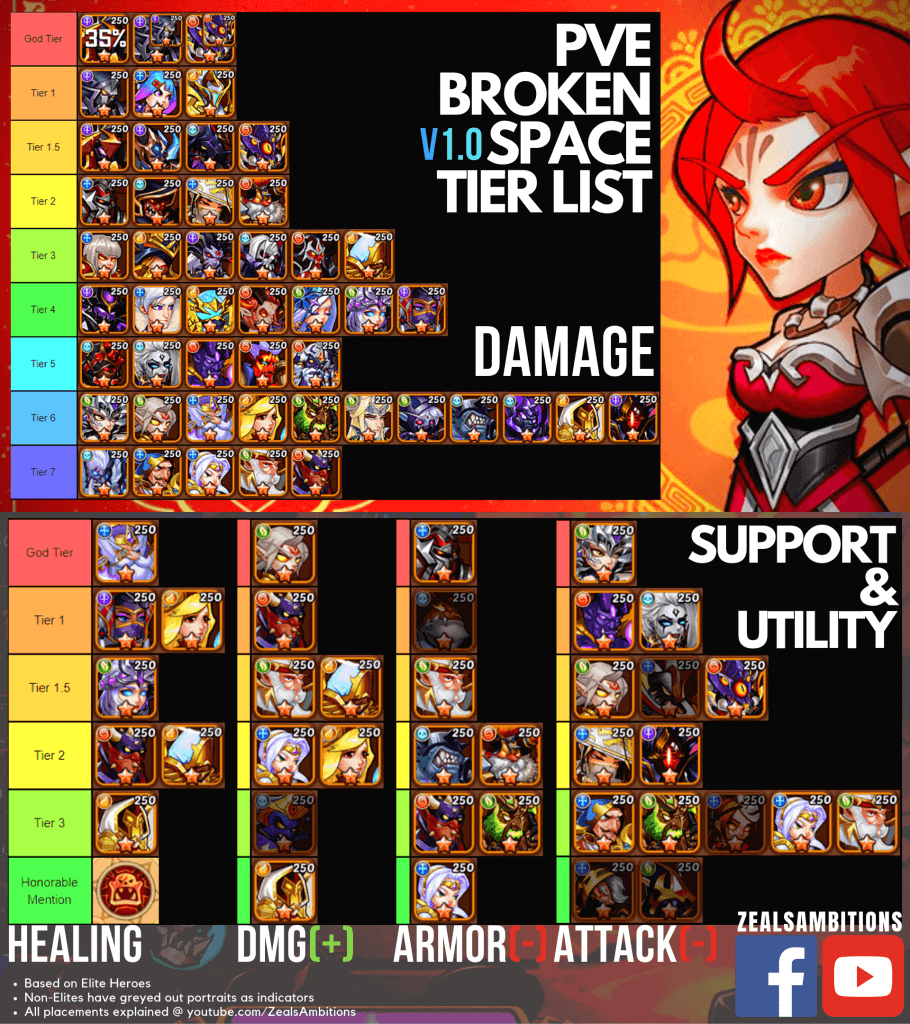 PVP - the best heroes according to Zeals 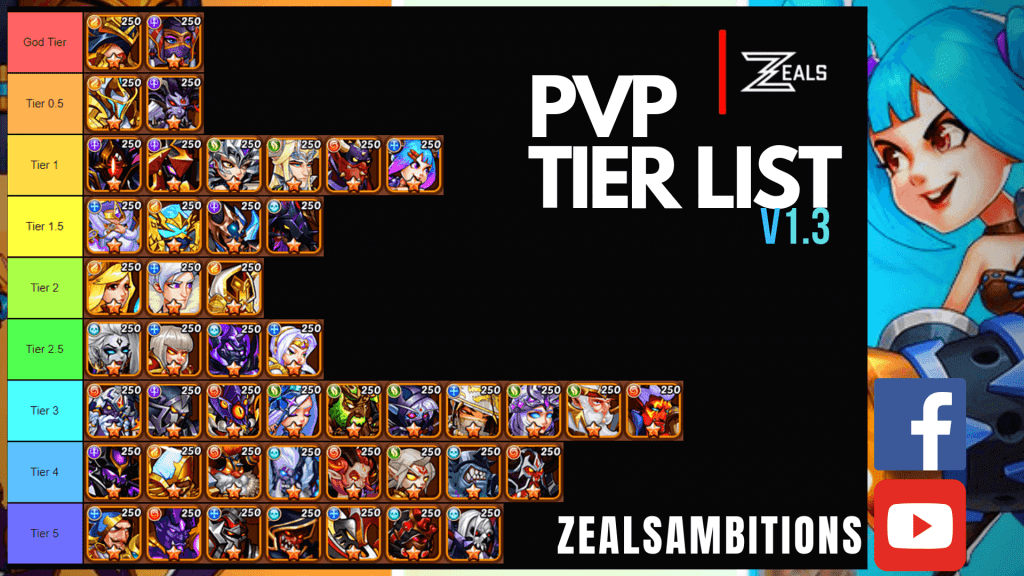 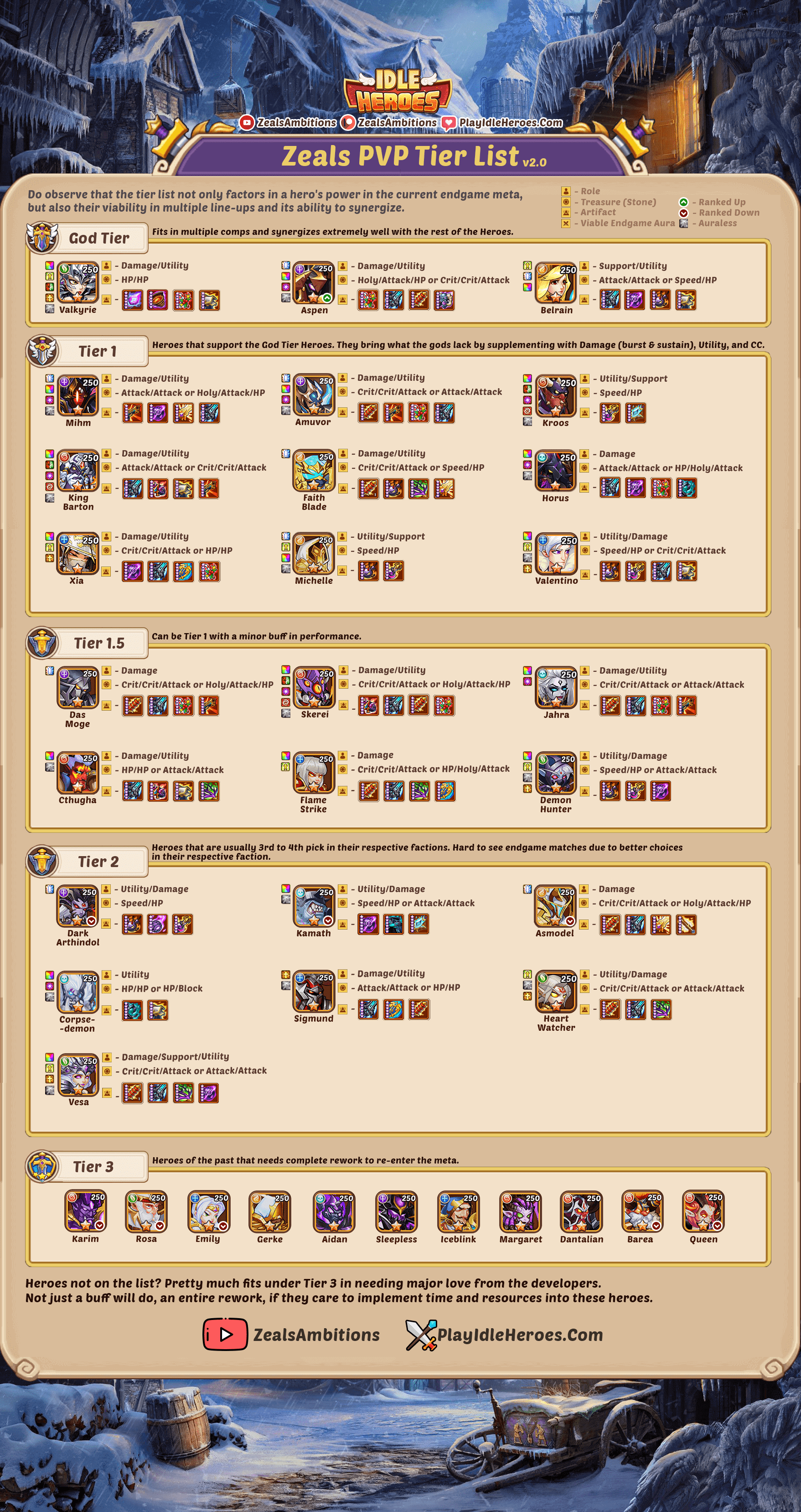 I now take leave of this article, if you found it useful, please share it with your friends.

If you have your own recommendations, speak up in the comments. Good luck!