Hardest Game Ever 2, also known as The hardest game 2 - A title that speaks for itself and lives up to its name. Skeptical players should be warned in advance - in fact, the game uses simple challenges based on your personal qualities, and it will rather test your dexterity, reaction and accuracy. And, of course, your endurance (as well as a good nervous system), because you can't play it calmly. 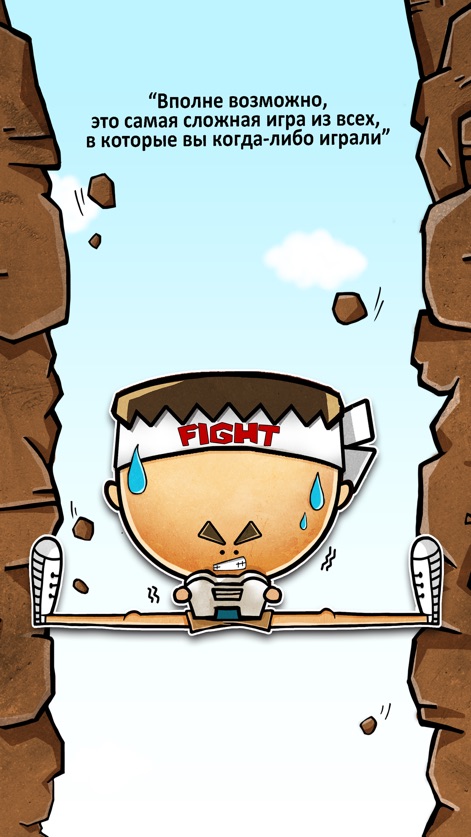 So, The Hardest Game 2 (Download from the App Store) offers you 24 different levels, which should make a small cross-section - how fast you are, what your reaction, your balance skills, and so on. However, you have to do it with your smartphone, so the data obtained will show the quality of your interaction with the phone, but not your physical development. The developers have specially invented simple controls and simple tasks for the player to quickly get involved in the gameplay and try to constantly improve his performance.

For example, in the first task you will be asked to tickle someone's leg - it will move along three lines, at the bottom of each line there is a button. You push the button - you tickle it once, and we have to do about thirty of these things in 7 seconds. The next task is already on perception, two hands play "rock-paper-scissors", and we have to determine as quickly as possible which one of them won (or even a draw). Each new level is striking in its simplicity, ease and cogging at the same time - the game puts some incredible conditions, and the more pleasant to perform these tasks on the "excellent". 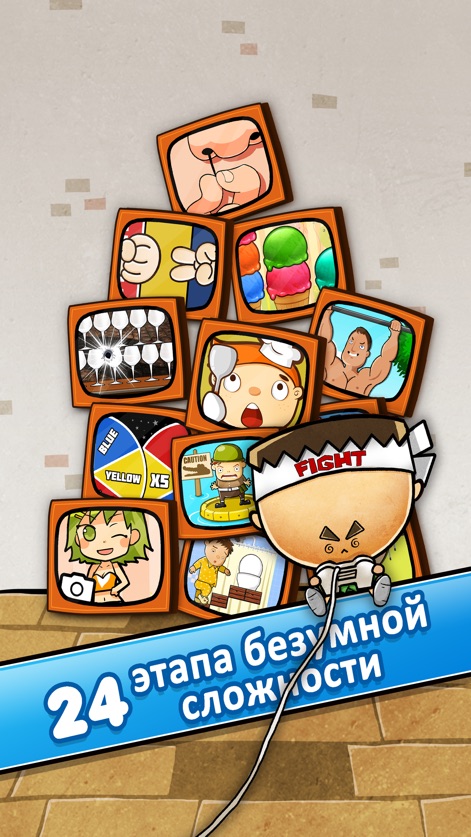 By the way, here you get a certain grade for each task, based on the usual system from S to F. If you get an S, you unlock the next level, otherwise you'll have to try again until you win. Perhaps for some people this may seem too hardcore, so the developers have recently added the ability to buy levels and their passing for the so-called "cheats".

But we don't need such an "isi-mod" - we need to pass each level to make everything burn and tear. And despite the seemingly short game sessions, it does not belong to the category of "toilet games" - it is much harder than the cult Flappy Bird and other options, here you need maximum concentration. 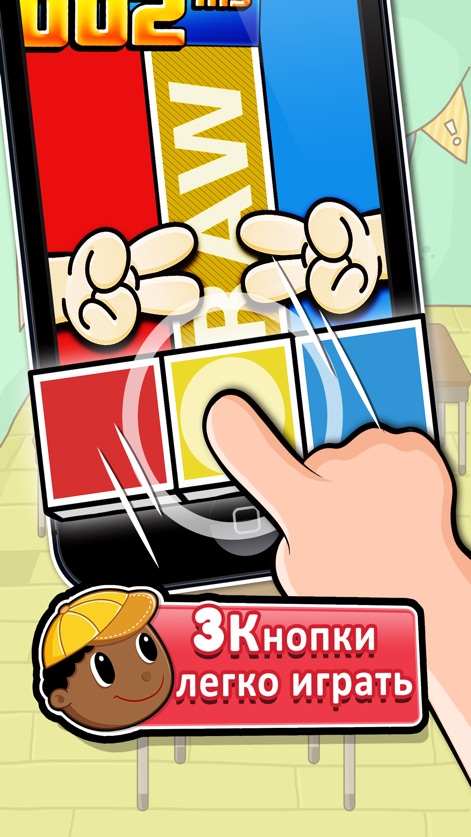 Is it possible to get real pleasure from the Most Challenging Game? It all depends on what you mean by "fun". There are no beautiful graphics, cool interface or serious work with the engine, but that doesn't mean that you won't like the picture, the controls or the gameplay in general.

On the contrary, this hyperbolized comic relief only benefits the game as a whole. So you won't experience any sensations like in Monument Valley or Limbo, but you will definitely be satisfied after passing the next level in the game. And that's great!