Group video calls in Skype - the necessary and much-demanded feature is finally available on iOS and Android mobile platforms. Starting yesterday, residents of North America and Western Europe can already participate in group video calls, while all other users of the mobile version of Skype will have to wait until March.https://youtu.be/7AuhjzxAudYНовая feature allows you to communicate in a video chat with up to 25 users simultaneously. The program streams video in 1080p high quality - regardless of which camera is active. Users can switch between their device's primary or front-facing camera at any time. As new participants are added to a group chat, the screen automatically adjusts to accommodate all users. In addition, Microsoft has implemented a convenient feature for mobile devices with small screens: the talking person is displayed in the center and the listeners are located on the edges of the program window.Another useful feature of the updated mobile version of Skype is the ability to invite to a group chat. Each invitee can start a video chat using the web version of Skype. 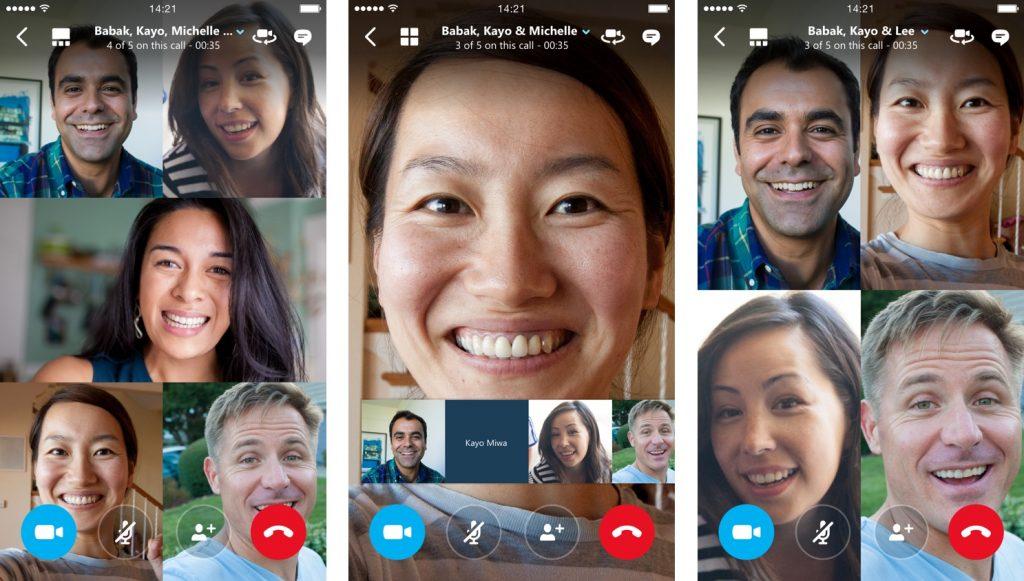 Free group video calls appeared in Skype in honor of the memorable date - the 10-year anniversary of the service. Nowadays, free VoIP calls to any part of the world have become commonplace, but for 2006 it was a real revelation. Microsoft's video messenger competitors have no group video calling feature. Therefore, today, the best way to make a group video call on the iPhone is to use Skype.