We don't know why players in Auto Chess: Origin (Download from the App Store) continue to call it Auto Chess Mobile - apparently, it's more familiar, although wrong. But the game continues to be a popular auto-battler, even despite the appearance of a formidable competitor in the form of DOTA Underlords on mobile devices. Last week, on July 21, started the second season of Auto Chess Mobile, in which the traditional demotion in the ranks took place, the game was very much redesigned in terms of optimization, new effects of magical abilities of characters were added, new music and voiceover (so far in English). Here's our first guide to the game.

Unfortunately, the Chinese developers continue to ignore the normal localization, but some characters in the Russian version are renamed. True Venomancer was renamed into Venomancer (although he's actually the Alchemist from the original DOTA2), which is still unclear. Well, and added a new character - it's Shining Archer, Elf / Rifleman, which can move the Musketeer of the build at 3 shooters, and also made playable build of 6 shooters. But more about strategies later.

According to personal observations, the game was also changed in terms of balance - now there may be a situation where Player A is fighting with Player B, and both can lose, although the composition of both teams has not changed. That is, as if the opponent's characters get some small boost in attack or synergy, because logically, if Player A's team is stronger than Player B's team, it should win both battles. Perhaps this is done to speed up play sessions, but such innovations (if they really are) leave an unpleasant residue of the game as a whole. Some characters have been tightened up in terms of characteristics, and so there are changes in the draw lists. Also, according to personal observations, goblins and mechanisms remain the most variable build in the initial game. 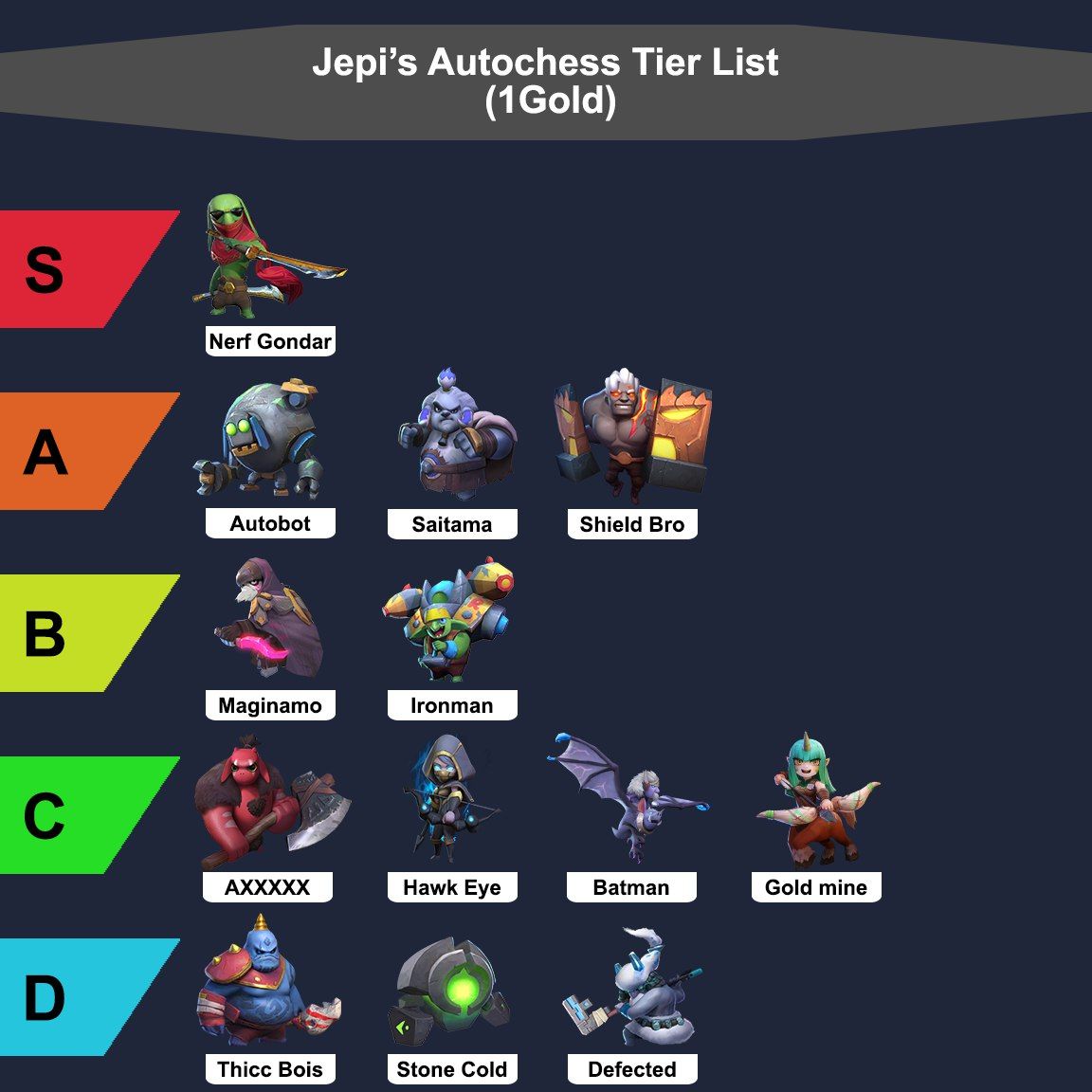 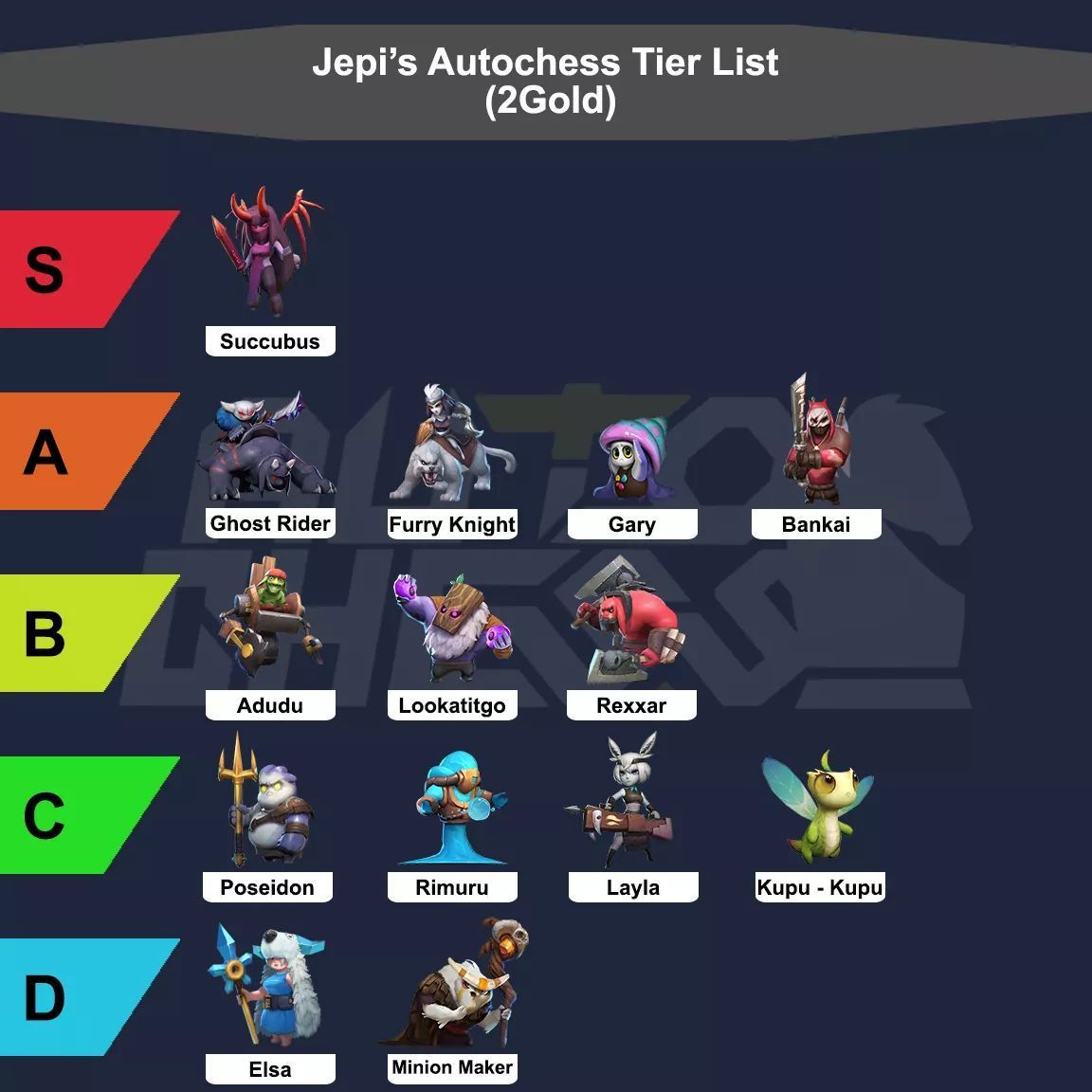 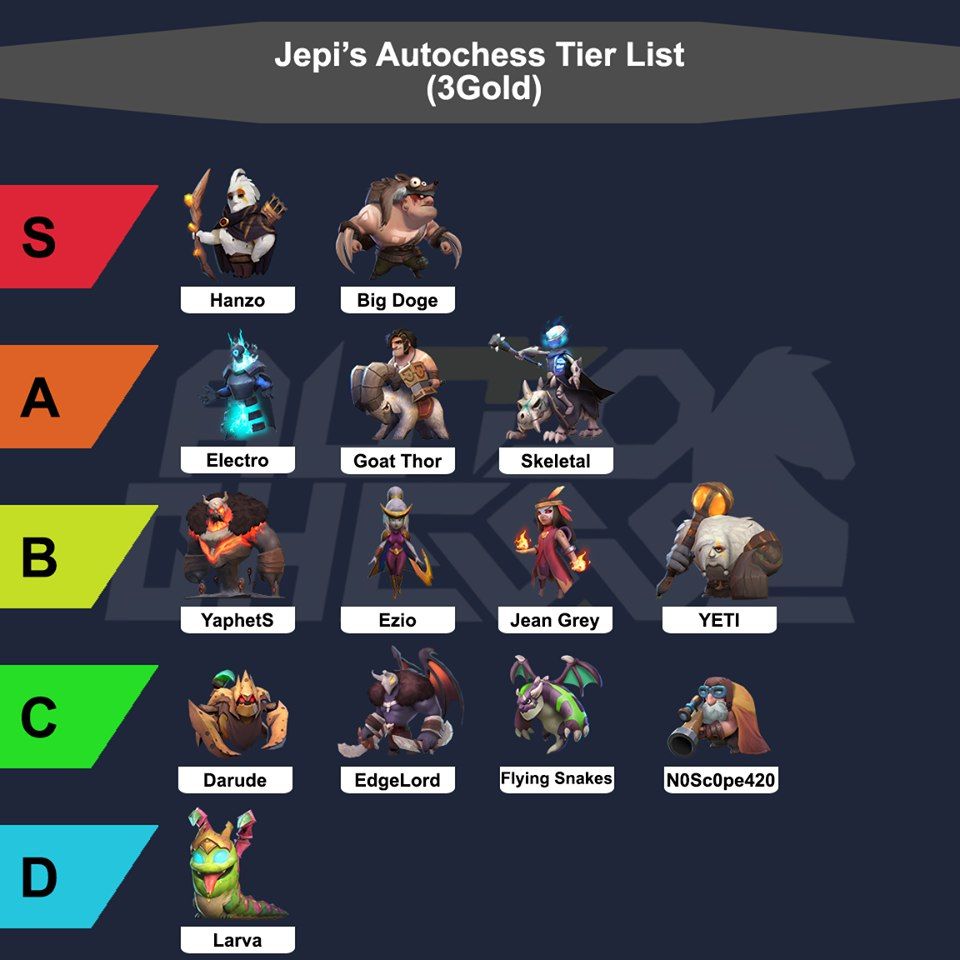 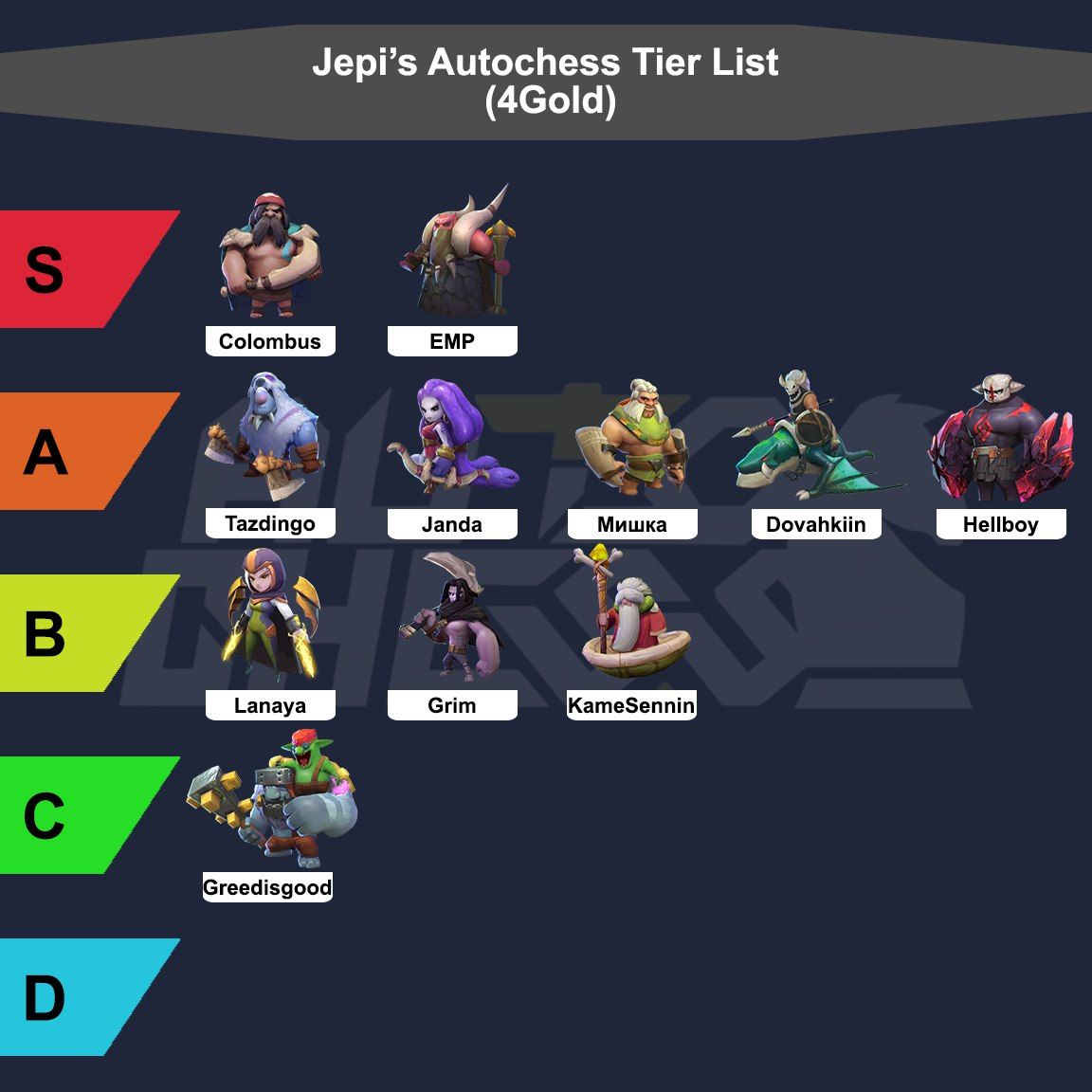 For 5 coins the shooting list, as they say, under construction

We recommend using the draw list when you're playing early on, because that way you can take the strongest characters and look for synergy from the beginning. Obviously, the first 3 rounds are crucial - if you don't get the units you want to hit, you have to adjust to the situation. For example, you can "catch" a good combination of "3 warriors" from Walrus, God of War and Axe Master (that's 2 characters from A-tir and one character from C-tir), around which you can build further game plan. Or you can, as we said above, get "3 goblins + 2 mechanics" and be sure to pick up the first 3 combat rounds (4, 5, 6 game rounds) without any problems.

The most effective tactics in Auto Chess Mobile season 2

In my opinion, this is the best combo in the game right now, as it has maximum effectiveness and can counter almost all builds. 6 knights tank and get a 25% chance every 3 seconds to get a magic shield, giving 75% magic resistance and +30 armor for 3 seconds. Given that you have at least 3 knights with good health (Evil Knight, Arkhar Knight, and Dragon Knight), it will be very hard to penetrate them. Also, let's not forget that one of the knights is able to heal, and the other one can give a magic shield that blocks some of the damage and damages the area after it explodes.

In turn, 4 trolls give a cool passive to all allies on attack speed - it increases by 35%. This perfectly buffs the Lightsaber Knight, the Frost Knight, the Hell Knight, and, of course, the Berserker, which is the main damage dealer in this build.

The difficulty of the build is that you may not live up to the units that you will need, because the Dragon-Knight and Berserk are mythic characters for 4 coins, they are difficult to "wait for". In turn, due to the nerve of "rolls", that is, the appearance of figures between rounds, the chance of falling out combinations is reduced.

They give +8 armor and look pretty easy to build, because a good half of the units (not counting the God of War) cost 1-2 coins. In this case the God of War is not suitable for us because of the fact that the build has humans and demons, and it will block its passive. You also need to pay attention to the teer-list - according to it Pirate Captain, Wolf-Werewolf are S-tyr characters, Walrus, Rubaka, Berserker and Judge of Doomsday are in A-tyr. Technically you'll have tough guys with good buffs who show up on the board pretty quickly and aping to 2-3 stars.

The problem with the build is the high difficulty to qualify for ranks 1-3, because warriors are knocked out in the league game with more efficient combinations. You might be able to get into the top 3 at the lower ranks (all the way up to Rook), but it won't work afterwards.

All friendly assassins can do quadruple damage with a 15% chance, and that makes the build very formidable in the early to mid-game, especially if you "find" top characters on the shooting list. So if you happen to get a Scout (and still manage to get it to 2 stars in the first 3 rounds), Ghost Queen and Spirit of Water (even though the latter is in C-tier), then you absolutely need to switch to Assassins. Unfortunately, Night Shadow and Shining Assassin are B-type, and Sand Master is C-type, meaning you need to put the latter out closer to the point where you've collected all 6 assassins, before that it's better to play through Deepwater Clam. Also for the full build you'll need Forest Master (A-tyr) and Sage Krivodrev (B-tyr), which give synergy for Beasts and Elves. As a 9th character you can put another Shining Assassin (both must be pumped up to 2 stars).

As you can see, the weakness of the build is the lack of pieces (only 8 units in the full-build), so you have to add someone on the situation. On the other hand, when you grab a mid-game advantage, you can concentrate on pinpointing the right characters, and then you don't need to spread out the others.

A very interesting build, which is still relevant even after the gods were nerfed. It's very interesting because mages are very strong damage, and gods passive gives 50% - 75% CDR (reset kuldown), and you can spam mages in mid-game. The build looks something like this:

But the biggest problem is that you can't use mage synergy to the fullest to avoid getting hit by the combination of people, for example, and not block the passive of the gods. That's why Shining Dragon is "passable", you change it to God of Thunder as soon as it comes in. It's best not to play under this condition only if you're unsure of your powers, and if you don't have any awesome rolls.

In general, we recommend right now to try to play knights, assassins, or use the draw list and choose your build from it. Personally, I had a few games in a row when I had a good combination, but was low stardom, so I got knocked out with a better limit. But you also need to remember that even if you have a 2 star character, the one higher on the draw list will be stronger. The dependency of the quality limit in season two is much higher than in season one, so you'll have to sit on the ranks longer than usual. Which, however, does not prevent the top players from getting their first Kings.