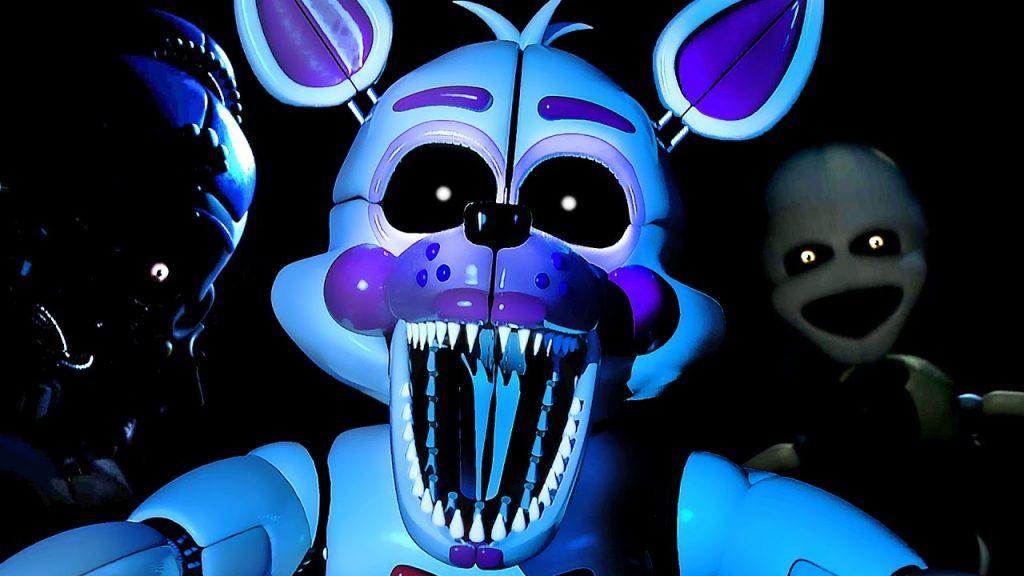 The first night is suggested to be spent checking the equipment at Circus Baby's Pizza World. There, a code box opens on the screen, and it doesn't matter what you enter. Then you have to operate the buttons on the remote control according to the speaker's recommendations. After you are let into the central room, but through the ventilation. There you must perform a couple more simple tasks and return back alive.

In Five Nights at Freddy's, the second night will be much more difficult, as there will already be opponents: Balora and Fantime Freddy. Initially the tasks will be similar to the previous day, but there will be an additional one - the need to move the iron to the right, but you will be in every way prevented from doing this.After returning to the control panel, you must reach the left aisle. This is where Balora is located. To defeat her you need to use a couple of simple rules: do not flicker and do not run too often, during loud music stop, as she hears only footsteps and does not see you, in the middle and near the door you can have a little rest and see how Balora looks, while you will not happen anything.When you get into the room Balora, you will need to include sectors with a tablet and here you will interfere Fantime Freddy. The point is that the tablet has a map with all the sectors and, if you stop Freddy with the recording and the space bar, you will be able to open each section. After completing the task, you can go back, as Balora will no longer be active. And at this point the level is passed and you are still alive.

In this part we will have three enemies waiting for us - the deactivated Freddy, Bonnie and Foxy Fantime. When the control center will ask you to choose a path - go to the right, but there you will be waiting for Foxy. To get rid of him you need to press the space bar and turn on the flashlight, because then he will be sent to the end and you can go to the corridor. In the next room Freddy will be waiting for you, who hasn't been active since last night. But you need to press the buttons on his face to activate Bonnie - his right hand. To repel her, press the flashlight and point it at the center of her torso. Then go back and go to the next level.

This level is considered the longest. And it starts with the fact that we are now dressed in an animotronic suit and listen to Baby. Next, a male voice should appear and a location with Balora, who suddenly gets blown up. Babi advises not to do anything, but the animatronics have already started a riot. So you have to very actively twist the screws on the sides of the suit, and throw off the puppets, who will constantly climb on you. On this night, the main thing is to hold on and react quickly.

This night will, on the contrary, be the shortest, with only two halls to go through, which will be Foxy with Freddy and Baby, who is broken by Balora. She needs to be subdued and to do this press the button that is on her face. It is important to type the code quickly and if you make it in time, you can pick up the chip and press the green button. After that, don't forget to press the S button to go back.Next, we will have another fight with Balora, but without the flashlight, otherwise she will kill us right away. In this case, you'll have to navigate only on Baby's commands, and on the passage you should see Real Ending, which means the end of the level.

The sixth night opens only after the fifth night and the minigame. Here listen to Baby and run where she tells you. After turning right, you will enter a secret room where you must enter the password - 1983 and turn on the TVs. Our opponent will be Ennard, who is not very active, so all you have to do is carefully follow the incoming commands. At the same time do not forget about the tablet and will be able to quickly pass all levels of the game.