In 2007, Scott Cawthon, an aspiring mobile game developer, posted several animated videos on YouTube of John Bunyan's novel The Piligrim's Progress. These were his first ventures into game design, after which he began making full-fledged games: Sit 'N Survive and Chipper and Sons Lumber Co, which didn't become popular because of the strange animation and the characters' robot-like appearance. In 2014, Scott makes a decision that sealed his fate - he's ready to quit gaming and do something else, but before he does, he tries to make one more game. He calls it. Five Nights At Freddy's and does his best to bring the game's story as close as possible to the ability to create robot-like creatures. And, as it turned out, he was right - the game quickly becomes interesting and popular not only on Steam, but also on other platforms, it is played by people of all ages, a huge number of fan-videos is released, and Cawthon himself makes several more games in the series. In this respect the game is phenomenal - it has a very interesting storyline and not the most complex gameplay, and there are users who have not played Five Nights At Freddy's, but know about everything that happened in the series. Let's look into why this is the case. 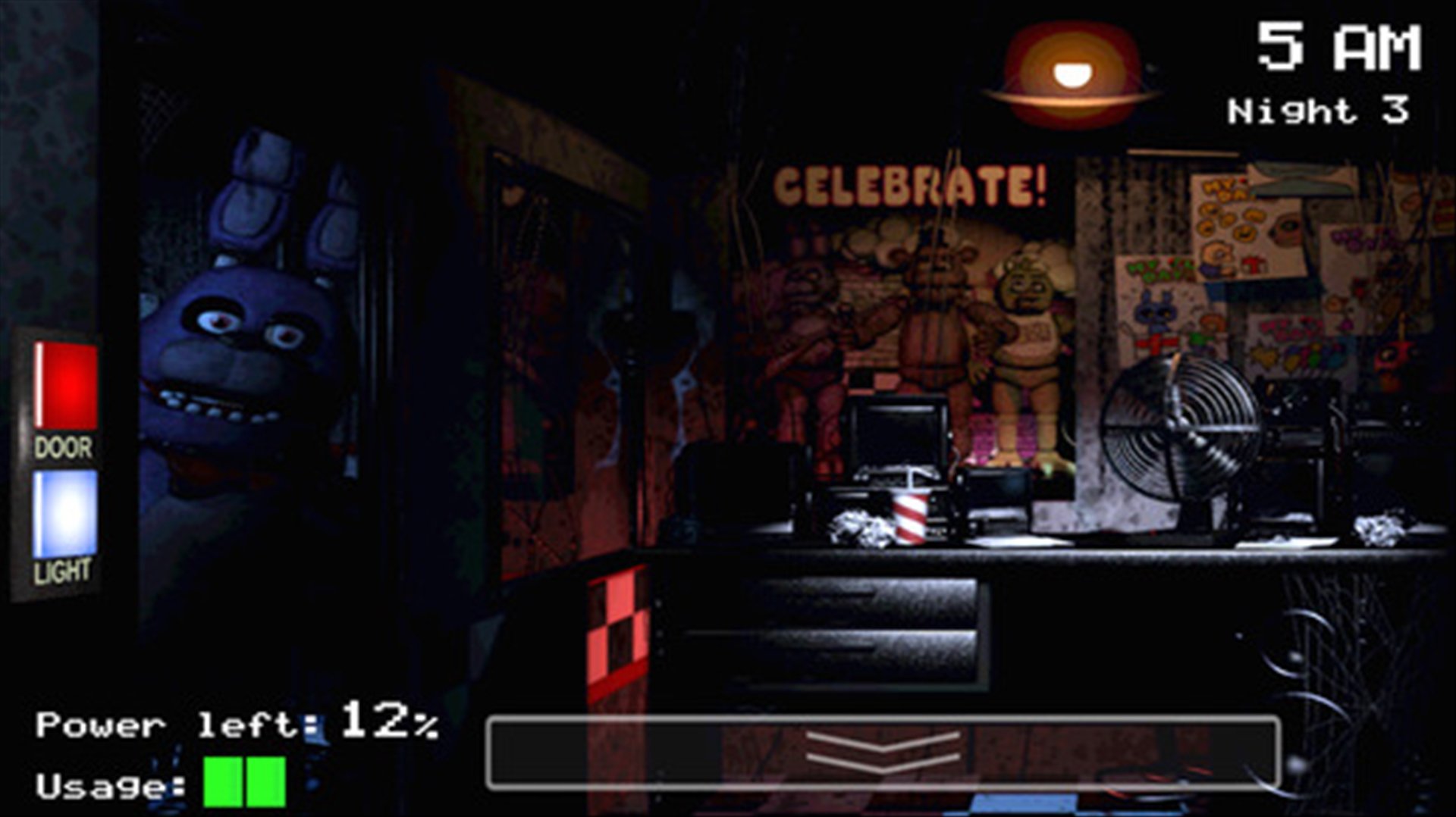 The plot of Five Nights At Freddy's

Five Nights At Freddy's is the first game that created an independent and independent universe, which perfectly combined a mysterious plot and simple gameplay. We take the role of a security guard who has just been hired at Freddy Fazbear's Pizza, and the protagonist was not at all confused by some quick turnover on the job and easy money. There are 4 animatronics in the pizzeria, which are anthropomorphic animals (Bonnie the Hare, Chica the Chicken, Foxy the Foxy and, actually, Freddy the Bear) that entertain customers during working hours and then they are put away in the den. On the first night, we turn on the answering machine for some entertainment, and we hear the previous guard's notes - he tells us that at night the animatronics come to life and roam the pizzeria grounds. If they see a living person, they think it's just an endoskeleton without a suit, and stick it in a spare suit. No one usually survives this procedure, so we have to defend ourselves against the roaming robots. 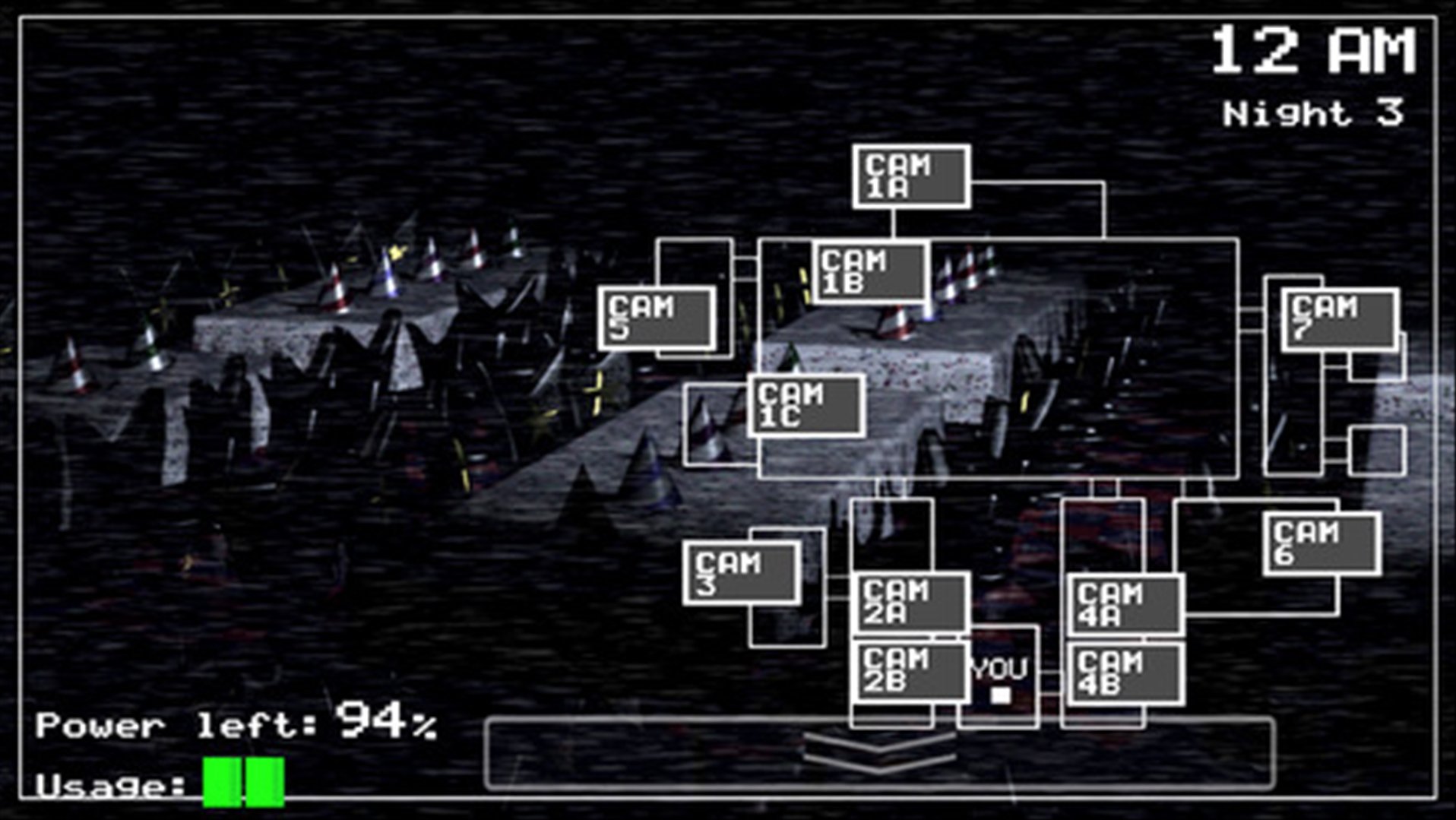 Gameplay in Five Nights At Freddy's

We are in a room equipped with cameras and we can follow the movements in the pizzeria. The room has two doors - on the right and on the left, the doorways are not illuminated, and we cannot see what is happening in the corridors. The amount of energy we can use in one night is limited, so we can't turn on lights everywhere and close doors, even constantly switching between surveillance cameras costs a lot of electricity. So we quickly switch between rooms, make sure the animatronics are moving around the location, illuminate the corridors and, if we see the scary face of one of them, quickly close the door, otherwise we get captured. We have to live through 5 nights at this pace, and with each new night animatronics move faster and faster, which means we have to do everything fast. With such "two-dimensional" graphics, we didn't have to come up with complicated controls - activating doors and lights, switching between cameras is done with taps. 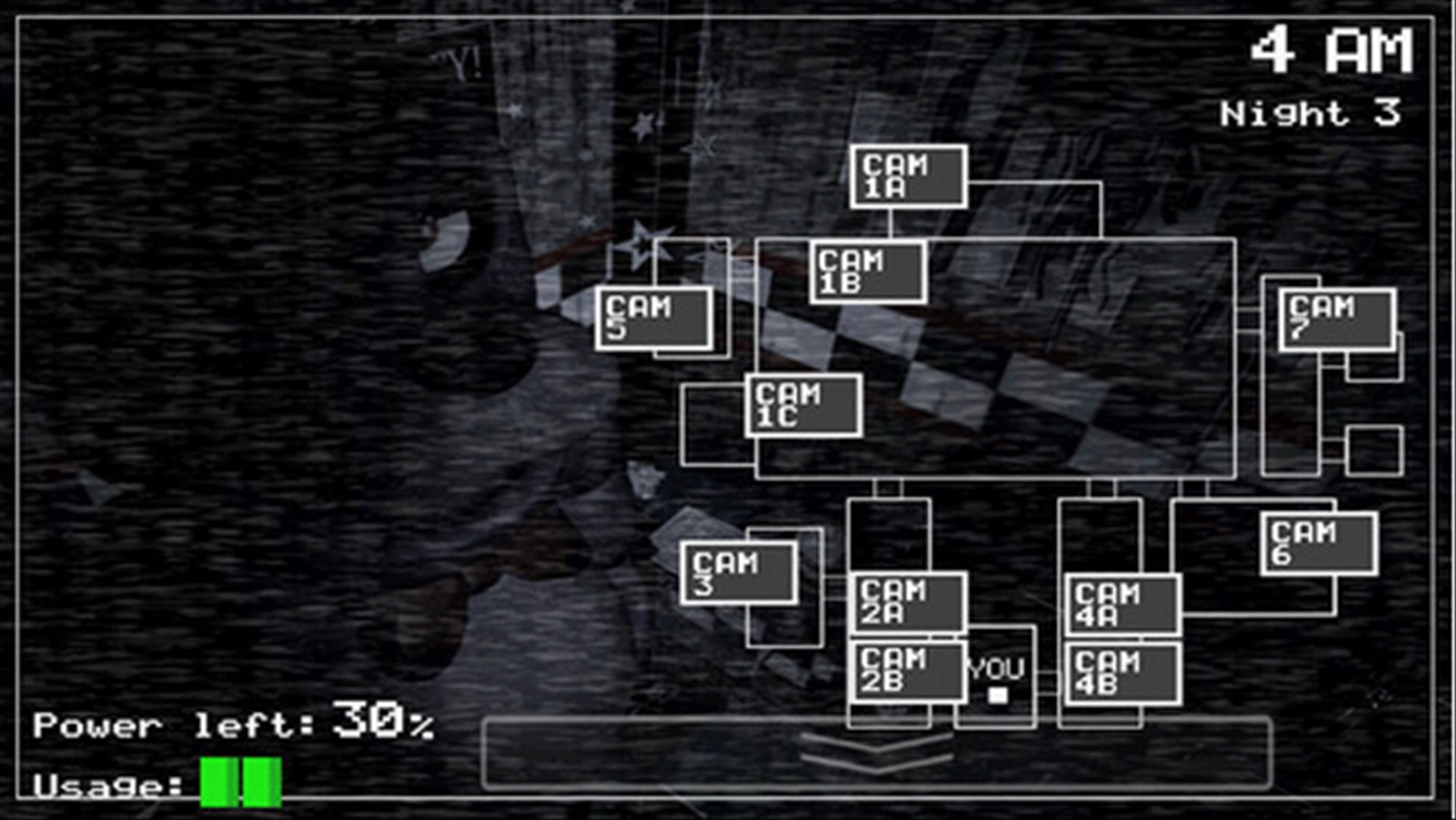 The only thing to pay attention to are the triggers, which tell us that something scary is about to happen. The hare and the hen have a rather chaotic movement through the rooms, but they will inevitably approach our makeshift stronghold and, sooner or later, stop by for a light. Be prepared to light the door every time they're in the next room, because it's hard to anticipate their appearance. Foxy the Foxy has his own trigger - when you see him disappear from the den, you need to illuminate the hallway and make sure that he has raced through it with the speed of a Formula 1 car, then close both doors, and you only have a second to do it, otherwise Foxy will catch you and kill you. Freddy only comes when you run out of power, but you haven't made it to 6 a.m., the rest of the time he just sits in his den. Interestingly, after successfully completing all nights, you will be given the opportunity to live through another 6 and 7 nights of increased difficulty. 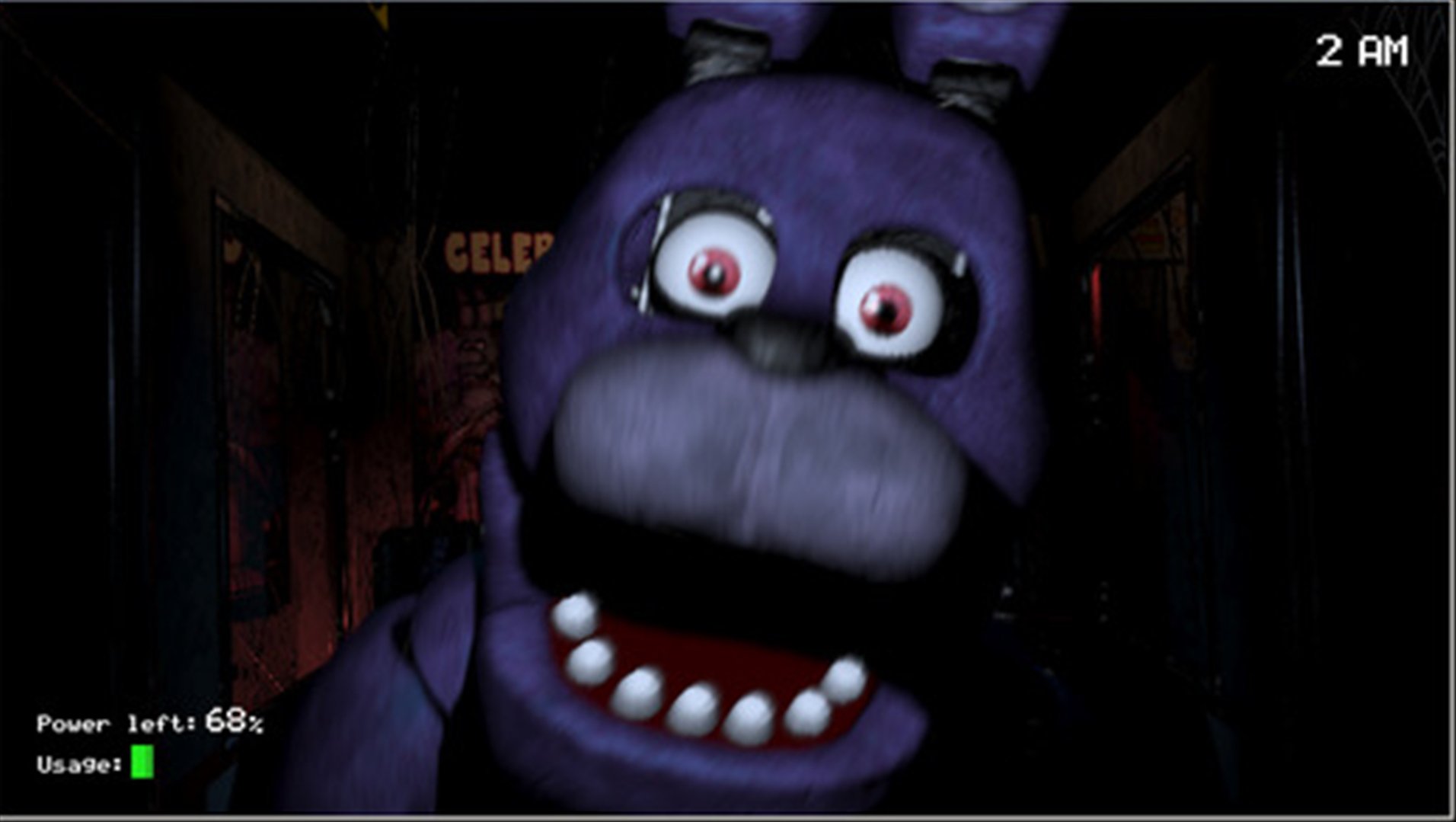 What is the phenomenon of Five Nights At Freddy's

But, as it turns out, many non-English-speaking players were deprived of the opportunity to make sense of the storyline, which Cawthon has developed to some incredible situations. The fact is that the previous guard gives all sorts of clues that later become important elements of the overall story, newspaper clippings and flashbacks also help. All this also creates a horror atmosphere - it turns out that there was once a mass murder of five children in a pizzeria (it is still unclear who killed them), and also one of the animatronics bit off one child's head part (namely the frontal lobe, and this case is called "Bite 87"). So the animatronics are really scary, not only in appearance, but also in the stories that unfold around them. Thanks to all this "incomprehensibility" there was a fan community which began to think up all sorts of theories - there were corresponding videos on YouTube and it became clear that the developer invented great horror, which definitely will have a sequel. As a result, there were 4 games in the original series and 2 sequels, and also the possibility to make the horror movie was seriously considered. With each new version the game became more and more complicated and confusing, but the first part will always remain a hit according to the gaming community and the developer.

Also we offer you the 5 night walkthrough video - it is about the pace you need to play to pass Five Nights At Freddy's. If these screenshots make the game not so scary, try to download and play with the sound in the dark - you will definitely not be indifferent from these screeches: