Zhenya and I met by chance. I wrote an article about Monobank, he commented on it on Facebook and added me as a friend. Observing him exclusively from his Facebook feed, I discovered that Evgeny was developing for iOS and decided to ask him more about it.

[OC - Oleg Tsegelnik] - As far as I understand, you have a team of iOS developers. What cool things have already been done, and what are you working on now?

[EM - Evgeny Melnik] - We have a small team. I program for iOS, my colleague writes for Android, and the third person writes APIs.

We plan to update the mobile app soon Lounge FmThe new CarPlay function will be added, which provides large buttons for controlling the radio station. 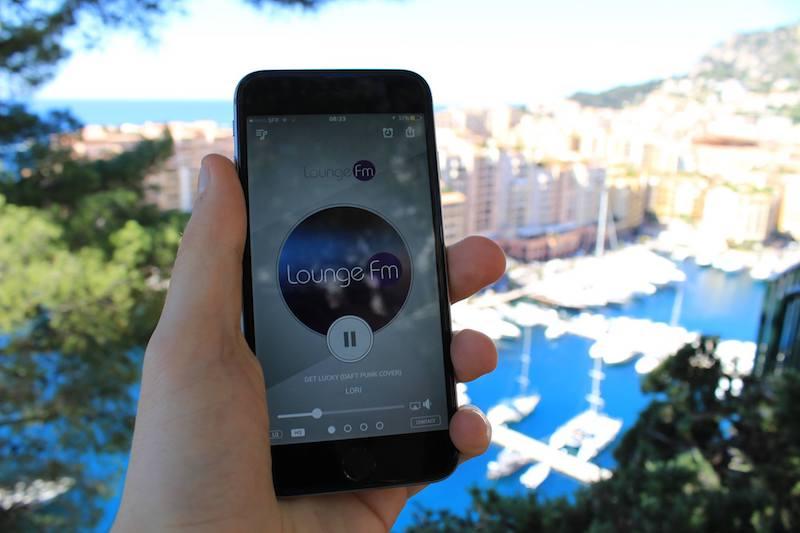 I especially wanted to note that some of the applications have already been translated into Ukrainian, which is important these days. Our team is trying to create comfort for every user, and it doesn't matter what language he speaks.

- As far as I can see, you specialize in radio applications?

Not really. We work with different industries. We even worked for political parties in Switzerland. There were no plans to develop applications for radio, everything worked out on its own.

- Okay, so how are single radio apps better than some kind of radio station aggregator where you can listen to any radio?

- To start with, an official app is cool because such apps have a certain informational message, unlike an aggregator that has a bunch of stations. I've always looked toward the single official because it's, first of all, an image for the station. In the second, different handy features: write greetings on the air, prerolls, advertising posters, etc.

Aggregators, as for me, are more suitable for those who are used to listening to the radio in non-stop mode. For example, you listen to one station - advertising, switched to the second, etc. Singles are more for those people, for fans who live this station.

Well, let's not forget that one of the advantages of a stand-alone application is the unique design. Only then does the user look at the convenience or the playlist itself.

In all of our products we strive to make our own unique design. I won't say "unique" - it's just not the same as everyone else's: Friday, Lounge Fm, Nashe Radio, Retro. Every radio station has its own style and its own mood.

- You mentioned that you worked with a political party in Switzerland. Tell me about that. We have an election coming up, maybe you'll find a client)

- About the political party - yes, I am not lying :). There is a well-known party, similar to our major parties - the PDC party. So we did for it PDC application. In Switzerland, mobile technology is very bad. That's why we introduced our own touch of quality there. The customer is satisfied, he uses it, the downloads are coming in, and that's the main thing.

- Tell us about the current project. How will this application (if any) be different from others of its kind?

- At the moment I have NRJ Ukraine and Radio Chanson.

One of the main challenges is that these applications are not similar to each other. So, for example, the Chanson radio appsThe new app, which will be released soon, will allow you to listen to selections from the station itself and from the artists. There's no such functionality in other apps. I think listeners will like it.

NRJ will be different by design. The listener should feel the energy immediately after launching the application. And we've left the functionality as minimal as possible, the most necessary:

It's not difficult. I quickly get involved with the target audience for which I make a product. In my own way, I fall in love with every product I make.

I used to just write the app - now I get into each brand and love it in my own way. That helps me a lot.

I study at Sumy State University, where a great motivation to work and believe in yourself was given by my supervisor Bogdan Gaidabrus. I am studying for my master's degree.

I came to development back in 2012, when I got my first iPhone 4s. I had a great desire to program for iOS, but I did not have a macbook, an iPad, or anything else at the time. I set up a virtual machine, and after installing macOS version 10.7.something, I began to write my first applications under the wildest glitches: Hello World . It was very difficult, the computer could barely keep up, but the desire to write for iOS was great.

In 2013, in Sumy (and I'm from Sumy) radio station Europe Plus gets on the frequencies. I already knew how to write applications like Hello World :), so I decided to write to the radio station, to the digital department, to offer my services. And so I did. I coordinated the TOR, and at the same time surfed the Internet - how to do that! Well, then Retro FM, Lounge Fm (I would like to say a special greeting and thanks to Eugene Bogina for his help with most of the projects), Pyatnitsa... We even wrote an application for the M2 TV channel. Now you can watch TV on your smartphone without an antenna 🙂 .

- Am I correct in assuming that you wrote and offered your services yourself, rather than waiting for someone to come to you and offer you a job?

- Yes, I wrote it myself. In my opinion, you can't sit and wait. You have to act, otherwise someone else will do it for you.

Tip: If you don't succeed, that's no reason to give up. You have to go all the way if you choose this path. At 26, I'm already wearing glasses, because that's the job. And it's not just development, but also support, implementation, adding new functionality, and so on.

What to teach? My experience tells me that these are not programming courses. They get certified, and then they ask in groups (ed. in social networking groups), how to do this, how to do that? There is a lot of material freely downloadable on the Internet. I recommend the book Perfect Code, very interesting.

By the way, in 2013, I opened a programming group in VK. We exchanged all kinds of information, articles, videos, etc. Now there are about 2 thousand people there. VK, as we know, is closed, so the group lives without me, but it lives. It is a good thing.

- You're talking more and more about custom products. Have you and your team tried to make your own product? Have you succeeded? Are you planning to?

We have not tried our own product, but we want to implement it in Kraїna FM application. This is the use of the product for blind people. We plan, together with Roman Davydov, program director of the Kraini FM radio station, to make special pieces of narration for certain functions. And to implement only the most necessary functionality, so that a user who is visually impaired or cannot see at all, could easily navigate. I have not seen anything like this in our market. 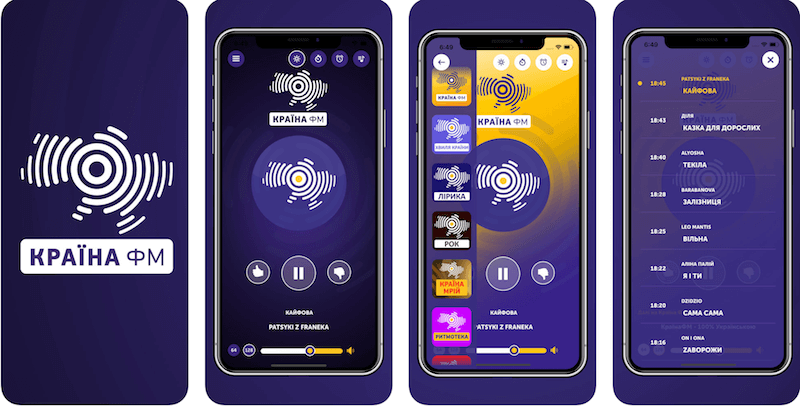 - Were there any funny situations in development?

We had a case where a user gave 1 point to an app just because Michael Jackson wasn't playing on Friday. Imagine, it's like writing a complaint on Chanson for not playing dance music there. That's absurd 🙂 .- What are your plans for the future?

Plans for the future - to continue to create, to continue to support, to please with their work.- You probably use apps yourself. Which ones do you like? Which ones do you use?
Of the applications it is worth noting Nova Posta. They're really cool, they're always adding new and interesting functionality. I really like their design. Many may say that it is just a red background, but no - it is a brand color, which is very skillfully beaten. The app itself is very easy to use, which is why my ratings are so high.

Privat24 I would like to note the humor of the developers. I respect them for the light touch of humor in every update;)

The most inconvenient, horrible app is Vodafone. I still don't understand how it was possible to write an application in such a company, where there is no design, convenient functionality.

- Do you play games? How do you relax? (With your phone, I mean)

- I don't play games, I relax by listening to Lounge Fm. And I advise you to do the same.

- New iPhone XS Max or a trip to Europe for a week?

A trip to Europe for a week, because you have to travel as long as life gives you the chance, and an iPhone is just a phone.

- We're done, maybe something you wanted to say yourself?

What I would like is this - more kindness and understanding in people. There are situations when, for example, a server goes down because of the load or some technical problems outside the station, and a person already writes an angry review. And it's not a normal review like, "It's not working, what's wrong?", but a cart like, "What the [bleep] is this?", "What did you do to the app?" "The developers are f*ckers," etc. Few people think about the fact that developers are people too, and they can have mistakes too.

We have constant technical support at Lounge Fm, a lot of people write, sometimes we don't have time to handle everything. Note that this is not only angry feedback, but also thanks from people, requests for help and much more. Responses to all! 24/7 support. I think that support for any product should be just that.

Thanks to your portal Apps4Life For a pleasant conversation.

If you are a developer or publisher of Ukrainian apps or games for iOS in Ukraine, write me. I will be happy to talk to you and tell you about you and our products.