The Age of Sparta - is a new multiplayer online strategy game for mobile platforms, which was recently introduced by the company GameloftThe essence of the game is to build your own city, create an army, organize alliances with other players, as well as attack other cities and defend against the enemy. The goal is to create a powerful, strong and rich state. 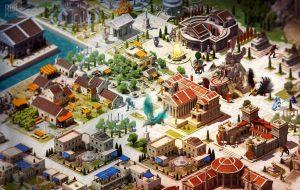 The game's genre is military strategy with a mythological component. The plot is set in ancient Greece. The Persian king Xerxes, expecting the soonest surrender of Greece, is already celebrating his victory, but here a new great commander appears in the arena - it's you. You must use all available resources to defeat the Persian army and free Sparta from oppression.Among the warriors under your command will be not only people, but also various mythical monsters. In addition, you will be able to use magic - where to go without it? 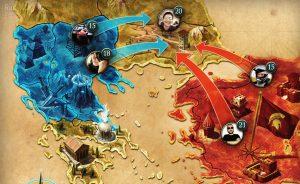 Don't expect it to be very easy, however. The Age of Sparta is, as we've said, a strategy game, and you'll have to make an effort to gain certain bonuses. You need to build altars and temples, bend the gods to your side, erect defensive fortifications and battle structures, and at the same time don't forget about the common inhabitants. And since the strategy is multiplayer, you'll interact with the players, creating alliances with them or raiding their domains. 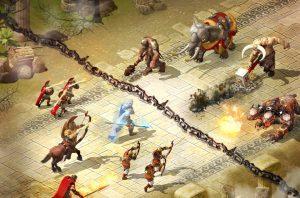 I would like to note the good graphics and full support for the Russian language. The game is distributed for free, but is monetized through the sale of virtual goods for real money.Download On the App Store