If you like protracted games like Idle Heroes or Strike ZombieBut do not like the customs heroes, then there is an opportunity to try yourself in a similar setting, then with other heroes and slightly different mechanics - Dungeon Rush: Rebirth. Here, too, there is a gathering of heroes, there are many, all different, there are many resources, doing daily quests and all the same autobattle. But almost every component is different. To make it easy and simple for you to understand this game and start comfortably - we've gathered all the burning questions from the net and compiled the Dungeon Rush: Rebirth guide, that will help you to start with the tips. Enjoy! 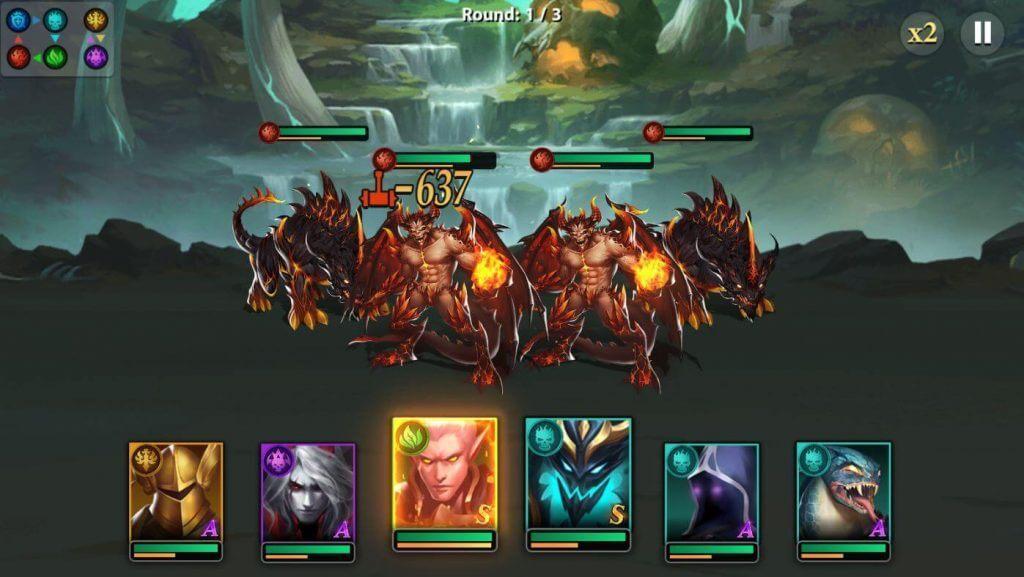 Contents hide
1 Dungeon Rush: Rebirth guide
1.1 How to swing faster and get cool heroes
1.2 Why join a guild and what to do in it
1.3 The golden gift. Which offers are worth picking up and when
1.4 What to buy at the market
1.5 Arena - is it worth participating?
1.6 What to do with the equipment
1.7 Temple of Elementals
1.8 Shrine - what are the best shrines to pump?
1.9 Who do you want to spray out of the heroes?
1.10 Quest in the Tavern
1.11 Why the obelisk
1.12 Which way to go on an expedition
1.13 What kind of team you need to have under the infinite abyss
2 Best Heroes, Factions and Elements
2.1 Who will replace the Holy Spirit healer? The best healers in the game
2.2 Advantages of fractions
2.3 What the elements give you in the game
2.4 Why do we need a lineup bonus?
2.5 What to pump in the circle of fate in the first place
2.6 Top heroes for each faction
2.7 The best characters according to the reader

How to swing faster and get cool heroes

As the saying goes, the farther into the woods, the fatter the partisans. It's the same in the game, the further you get through the campaign - the tastier the loot, do not linger at low levels and do not make a goal - to pump up the level of the character. As soon as the Endless Abyss becomes available - pass it as far as possible. Do not swing any heroes below A-class, up to level 50 at the most. Part of the money you poured in can be returned later. But it's better to focus on S-class heroes, dropped from the Abyss or gathered from the Summoning.

Why join a guild and what to do in it

Find a high-level guild as soon as possible. The guild will give you the opportunity to get an additional influx of gold and resources. Up to level 50, the boss hit only at the expense of free attempts. Save the diamonds for the black market and the time when the boss damage becomes more tangible. Naturally, make a daily "check" in the guild. From the guild members who become your "friends", you can hire their heroes from level 150 to help in the game.

The golden gift. Which offers are worth picking up and when

Up to level 50 use only free attempts. After that you can also buy for crystals, but only if there is not enough gold. And it is, as a rule, always not enough 🙂

What to buy at the market

Arena - is it worth participating?

In the arena, participate in all competitions from the lowest levels. Even if you come in last place, you'll still get prizes - resources. That is, the earlier, the more. Don't look at the level of the position held.

What to do with the equipment

Do not pump green equipment and clothing. Spray. Red - do not pump higher than level 5. But the red pump up to the very last level.

Be sure to pass everything, a good reward is given, which will come in handy at the beginning of the game. Each day in each temple is given 2 attempts, don't forget to use Allied Heroes to pass the hard floor. Spending diamonds on extra attempts is not worth it - too expensive. Merge the same runes with each other to get a rune with better characteristics.

Shrine - what are the best shrines to pump?

Only the Heart of Diamond and the Source of Destiny should be pumped. The Soul Shrine is enough to raise up to level 3, further - the cost does not justify the investment. Don't forget to press the "Boost" button, which gives the maximum reward of the Shrines.

Who do you want to spray out of the heroes?

In the Altar it is worth spraying all heroes below class A. I.e. Classes D, C, D - into dust. But don't forget that there are tasks in the Tavern that someone needs to do. Especially if high-level heroes aren't there yet. A class save for rebirth to S class and for fodder. To raise a hero to SS class, he has to be originally S-class. That is, an A-class hero cannot be upgraded to an SS-class hero. Light of Souls is a resource that appears after heroes are pulverized and must be saved up in order to buy heroes in events.

Quest in the Tavern

In the Tavern to perform all tasks. Hourly tasks can be picked up immediately - free of charge, the rest after a while you need to come in and pick up. Tavern scrolls to collect and do not spend until the end of the month. In the last days of the month to check what tasks have not yet been completed and spending scrolls, finish tasks. And of course you shouldn't spend them just like that. Save until the next month, where there is less luck with randomness.

From the Obelisk take all awards of both kinds. It is given to make it easier for newcomers to start.

Which way to go on an expedition

Go to Expedition. While the levels of heroes are small - go the simpler way, in the future on a more complex. There and the rewards are brighter. End of the expedition to defeat the boss of which will fall chest, and in it a ginger outfit, or rather one thing. Ie better to go through all the Expedition on an easy level, than to get stuck on heavy and not get a ginger thing.

About the businessman in the Expedition. Often he offers goods at three prices. And sometimes there's a great rate. Be careful.

For the Abyss, it is better to form a separate team of Dark and Light. This way we avoid the situation when the opponent will be a team that has increased damage against the dominant faction in the team, since these factions have weaknesses only to each other.

Who will replace the Holy Spirit healer? The best healers in the game

Hero Holy Spirit, which is given at registration, you need to pump up to level 100. But beyond that it is not worth pumping. Of all the healers in the game, he is the weakest, so it's better to replace. Good substitute would be Emily, Star-Spangled Conversation and Rosa. So if you get one of these heroes, swing him to the max.

Remember that each faction has a faction with increased damage on it. Knowing this, you can pass many levels, because such heroes receive increased damage - 50%. But it only takes 20% more damage.

What the elements give you in the game

The elements - which are the best? What are they? All elements deal damage and give an extra bonus.

Why do we need a lineup bonus?

Be sure to use the composition bonus. For example, all 6 heroes from the same faction, then the whole team gets: +20% to attack, +20% to health and +6% to the chance of a crit.  It is quite difficult to assemble such a lineup.  You can collect a smaller number of heroes - a minimum of 3 heroes from the faction, then the bonuses will be less: +5% to attack and +5% to health.

In the Circle of Destiny first pump the Circle of Attribute, because the increased attributes affect all the characters in your team. In the beginning you should pump health increase and health increase by %, then pump attack. When the Elemental rounds are opened, it is worth pumping up the resistance to the elements. Pump each element up to 50 times. After that, you can go to the circle of the Class. At this point, your team will already be formed and you can immediately understand which class you need to invest in order to make your team stronger.

The best characters according to the reader

The video was used in writing the guide, so I am kindly publishing it. Thank you!