You can count the smart mobile card games on the fingers of 1 hand: Hearthstone, Gwen (only released on mobile), The Elder Scrolls: Legends (closed), Legendary: Game of Heroes, Deck Heroes And finally Dragon Chronicles, which I still haven't watched properly. Moreover, I had a go half a year ago, but something did not work, and now I decided to play again. Re-playing - led to the entry into a cool guild, meet some good people and wrote this guide. By the way, you can add to our TG Channel and ask questions. 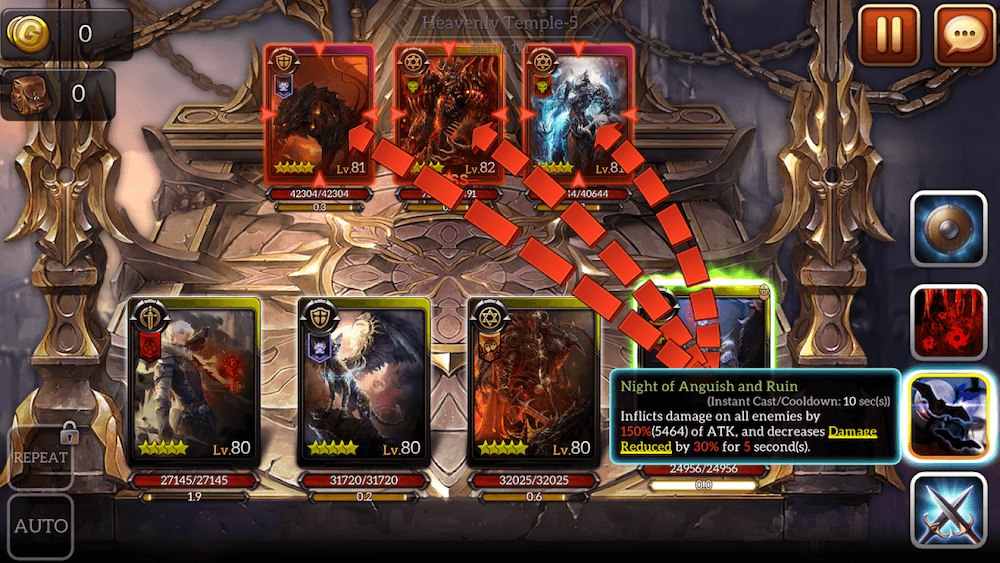 First of all, I'll tell you why the first time didn't work out, and what mistakes I made that you shouldn't make.

Now I'll tell you how to start Dragon Chronicles. And there will be tips not only for the start, but also for the middle of the game, for the endgame.

Tips for starting the game and beyond

The best cards and card tips

As you read this, you need to remember that "never" is very categorical. And I've just gathered tips from the old-timers and will continue to add characters and facts about the game. So if you know something useful about the game, feel free to write directly in the comments or personally to me.

The following is worth saying here. There are quite a few cards in the game. Some cards are good, others are the best, but the symbiosis of these cards still wins. Below, a very relative tip on the best SSS cards in the game. Nevertheless, you have to start somewhere, so focus on these cards, and then it's up to you. 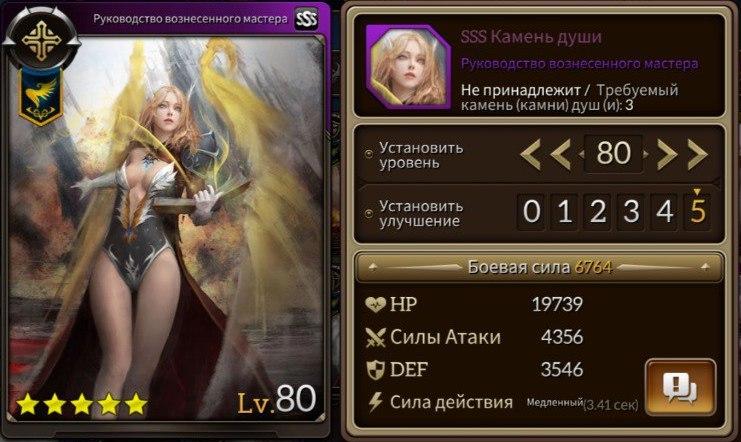 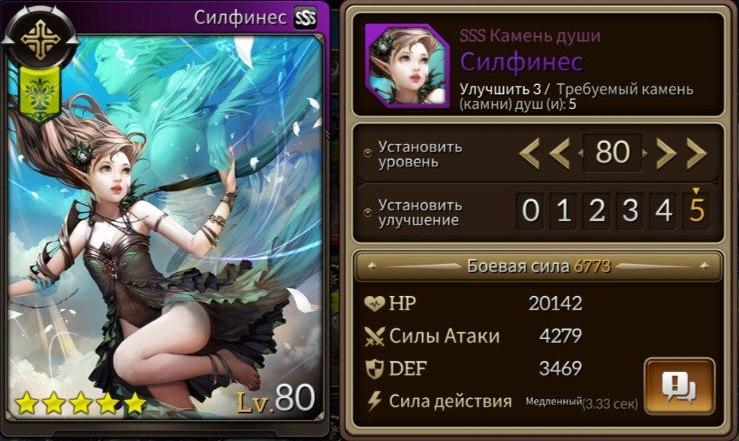 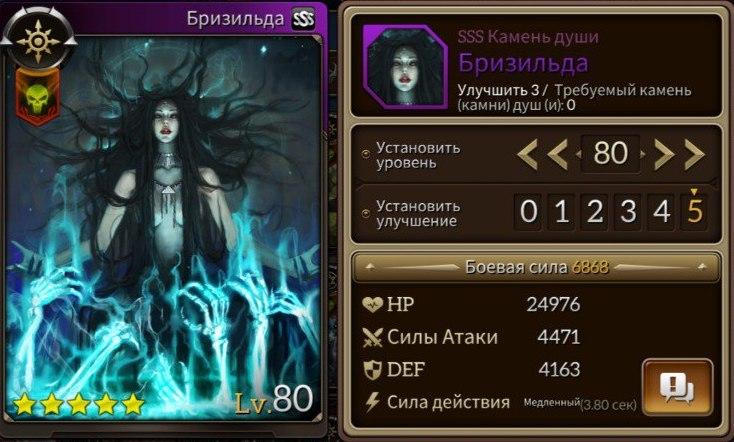 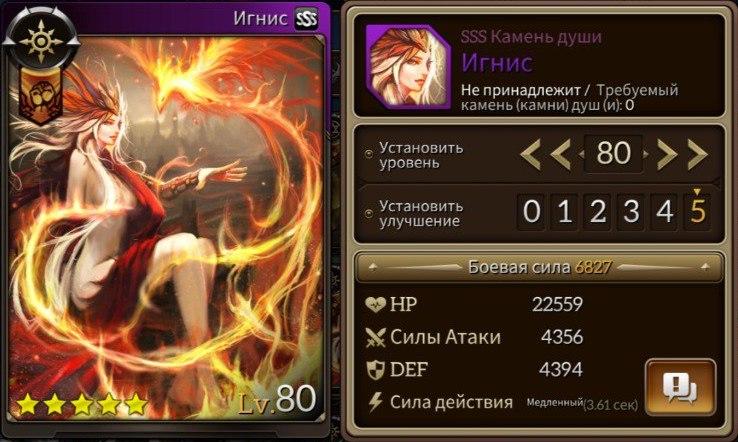 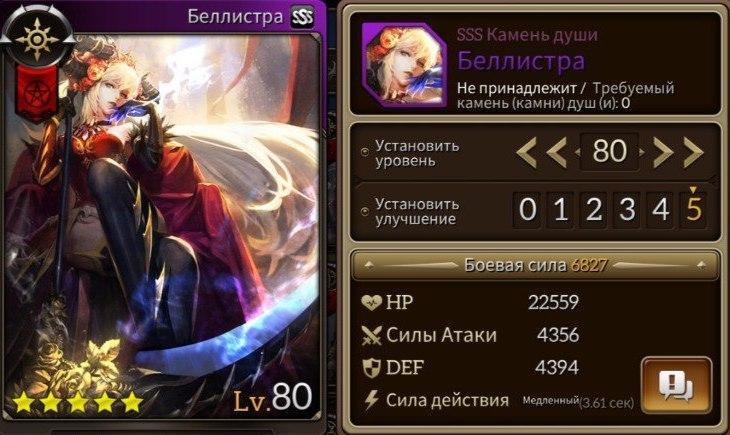 Best maps for the arena (SSS)

Well, while there are no, these maps, then the third free map from the missions will be - Priestess of the Flame. It's also a great first card in the arena deck and for the campaign in general.

Try to knock out such SSS+ cards: Sylphines - I can't go anywhere without it, Dante, Maya, Lyris, Gracia, and Scarless.

And Vidion and Gillian for the arena.

What is the best starter deck to assemble?

I got this one - Dramadam, so I'm going to build around her for now. Plus I need to knock Ignis out of fusion. And then we'll have the following:

"Dramadam (given for quests) will hang coats of arms, jam, knock down the attack speed. Priestess of the Flame (given for quests) - resurrection + the speed of the skill after death, Ignis (dragging from synthesis) - all to kill from crests, and Calucifer/Anid. (both of the initial quests) a distraction. And I think it's possible that some heal might come in here instead of Calucifer or Pior, too.

But Ignis needs to be knocked out in Synthesis. About that next.

How to beat out cards in synthesis

Sometimes, you really need to knock out a certain card. Of course, it is better when there is 100% probability and it is SSS+, but developers do not give us such caffa. But there is a method. Remember the soul stones? And that from gray and green we "brew" B and A, from blue we brew higher, and so on. So, those cards that we synthesize - they are strictly defined. To see what cards can be synthesized enter "Soul Stone" and then click "Synthesis List". In the list is a list of heroes that you can now get by fusion.

So, if any card is missing but has enough shards for synthesis, don't go and mindlessly press "synthesis", but match the card to the deck. Plus, you can break an SSS card into shards to get shards, and try to draw the card you want for them.

That's how I want to get Ignis out of fusion.

You can update the list for 20 blue gems. Or it will update itself over time.

It is better to collect some unnecessary SSS cards, atomize them, so that there is enough for at least 10 synthesis. The cost of fusion is 60 SSS heroes. 1 SSS hero - 50 pieces. Yellow, which SSS + random can fall out with a low chance, so at the beginning of the game, still try to pull the necessary SSS cards.

I was chasing one of those yellow cards, Scarless, and I wasted all my attempts and never got it. And the ones that were pulled by SSS were so-so.

How do I get a free SSS+ card?

You must be in the game for 150 days. On the 150th day the developers will give you a random SSS+ card.

Do not dare to take all things up to red out of the slots for gold. Always dress to the top.

A little walk through the cards and how to put them on.

Tactics and composition on the Spatial Rift

First the side shoots, bringing them to IMPACT (just under 10%), then Two Mikey, Sylphines, and Lilith. Maika hits the boss with a normal hit, doing double damage.

DO NOT USE A MASSIVE KICK by Maya.

Strategy at the beginning of the battle (when there are still three opponents):

Sylphinis at once in invulnerability, dragons single skin on the boss, Lilith gain acceleration, then dragon mass, it freezes all, Sylphinis mass strike, freezes the last dragon and pfft, ulta boss, everything, then you hit and everything, I really invulnerability then hanging on Lilith, and sylph in the block.

[On silence on Sylphines, block her, everything else the same, only she is likely to die, pick her up and beat her as usual.]

Then the left one dies (it always does, it dies faster).

After he dies, it is better to put (2 Mikey, Lilith, Sylphines) and beat the center. The right one should hit only before the boss's ulta.

2 Heaszillis, Sylphines, Guide (the woman with the book), or Lilith.

Before the boss's ulta, you have to hit the small ones so that they blow up the crosses - so much less damage than if the boss blows up the crosses.

You can - Jillian, Sylphines, Lyris

The main problems during combat are the Hydra's mass strike and its shield. The first 2 Hydra's attacks are massive, dealing 10 - 12k damage and inflicting horrible bleeding. To avoid  If it is not enough to die, just put a block before Hydra's strike. Every third turn Hydra applies an invulnerable shield that restores 15k life and ignores any damage for 5 seconds. If Hydra has time to use the shield, her chances of winning are minimal. Her left guardian applies a healing skill that restores 10k, and her right guardian applies a buff that increases counterattack - they must be stunned.

We can do Grazia, Dante, Lyris

Hits in masses of 8-10k hits, which are impossible to avoid. On the counterattack restores itself 10k life. The left guard hits with the same masses as the boss, but he can be put to sleep. The right guard turns on taunt, thus provoking him to attack. In this case, you need to remove the taunt (debuff). When dying sideguards all get 15k damage, and when the boss dies they get a shield for 100%, so you have to kill the boss in the beginning.

You can - Scurrles, Cali, Dante, Lyris

The main danger is the destruction crests of the boss, which cause 5k damage when exploded. In the first turn he gives chaos geese to everyone, then explodes them, imposing silence, and gives crests of destruction, and at the end already explodes them. The left guardian hits in masses of 5-8k, and the right provokes and creates a shield on himself at 50%.

You can - Dante, Lyris, Minuel

The guards constantly stun on the  0.1 seconds and give exhaustion. Danger is a boss that deals an extra 10k damage when hitting, on exhausted targets. And also the boss gets dodge when it comes to his turn, if before it was debuffed.

Guardians are not a threat - they hit 1-3k and give crests of destruction and also heal everyone, sometimes. The problem is that if the sideguards are alive, the damage is divided between all of them. After the sidekicks die, the boss can resurrect them again.

The boss itself deals 8-10k damage, as well as giving bleeding corresponding to the amount of  destruction crests on the target. The main problem is the second skill of the boss, in which he turns on taunt (provoke), heal, as well as turn on the buff on the return damage 200%, for a certain period of time.