iForum 2021 is just around the corner. Recall that it will start on June 18 at the NSC Olympiyskiy. I managed to catch Dmitriy Bazilevich, the head of Digital Fun, and ask him a few questions about the upcoming forum.

And before I start asking questions, I'll tell you what I managed to get discount at 10% at iForum-2021 promotional code A4L. Use it 🙂 .

Now to the questions. 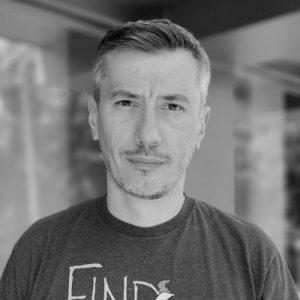 What was the trigger for the Digital Fun stream?

The stream opened a few years ago in 2018 was a "trial balloon," and then it was launched on a permanent basis. Although the topics that we are trying to address have, of course, been discussed on the forum before. They were just scattered in other threads. Combining everything that relates to the entertainment industry into a single thread is a logical fact.

Okay. In your opinion, at what level of development is Ukraine now in the field of entertainment on the Internet?

At the appropriate 🙂 Corresponding to the general economic situation in the country. According to independent analytical reports, Ukraine for many years in a row has been in the top 50 countries in terms of revenues of the video game industry, for example. Over the past two years, supposedly, should have risen slightly, because until recently, the restraining factor was a stable number of Internet users. After Ukrainian operators received licenses for fourth-generation communication and began to actively cover the territory of the country with LTE-networks, the situation began to change.

For other industries, unfortunately, there is little data. But it is important to understand that the entertainment industry is, in essence, directly related to the overall well-being of the population.

As a purely mobile publication, we are interested in this question. It's no secret that the main readers of all media outlets are migrating to cell phones. What happens to games? I.e. are there more mobile games? Or is it more correct to make multiplatform games?

"Mobile rules" 🙂 The mobile direction in the video game industry has been in first position for the last 5 years so exactly. For example, this year, 2021, the "smartphone games" market segment is projected to take over 50% of the entire video game market.

Moreover, mobile will be the only segment that continues to grow at the expense of the rest. A little by little eating up the share of console games, PC games, etc.

In my opinion, this is a normal development in a world that is finally becoming mobile. The power of modern smartphones + the speed of mobile Internet + cloud gaming = explanation of this trend.

What's in store for the industry in the foreseeable future, 5-10 years?

As for the forecast for 5-10 years - here I think I will refrain. There are too many factors that can affect the outcome, and in a very unexpected way.

For example, the global pandemic. On the one hand, people are sitting at home and "digital entertainment" is basically all that is available to them. On the other hand, the creation of new products is frozen, postponed, or cancelled altogether.

Let's get back to the iForum. Do you have any idea what will be on your stream or will you already be able to announce some speakers or topics?

At the moment - May 29, 2021 00:36 - I can not announce. I can only say that we will try to cover all relevant topics, but due to changes in the format of the event the duration of the stream is shortened, and the content will not be as much as last year.

One last question. Is the movie/book "The Last Player Standby" prophetic in terms of the future we expect or is it still close to science fiction?

The film-book is a great story about friendship, told in a game setting, with a lot of references and "Easter eggs" cute to a gamer's heart 🙂 From specific phenomena of this story, I personally see some kind of cross-disciplinary, cross-platform mega-tournament to be realized in the foreseeable future. A kind of conditional "Tensent Cup" 🙂 .

But it seems to me that humanity is rapidly digitizing and immobilizing, so in 10-20 years we will get a picture like this:

When it didn't matter what was real (the slums, the poor), but the main life was happening in the digital world (there was also learning, universities and other stuff). And I quite believe that one day all knowledge will be available digitally, in some semblance of universities, and it will be possible to get there with your avatar and learn.

I'm not afraid. I would rephrase the hackneyed phrase "in a healthy body, a healthy spirit" to "in a healthy body, a healthy Persian" in the context of video games 🙂  ПThe paradoxical fact is that whatever opportunities technology gives us to stay on the couch, those who spend the least time on the couch use these opportunities most effectively. My personal observations - all professional cyber athletes, which I am at least slightly familiar with, pay a lot of attention to physical training. And the most popular model of using VR-helmets, judging by my social networks, is virtual fitness and sports at home.

Great, let's see who was right 🙂

Have a great flow, looking forward to the speakers, see you at the iForum!