In 2016, a game called Dead by Daylight was released on the PC, a survival horror game played by five people. One of them is the Assassin, a servant of the Essence who hunts down living creatures and sacrifices them to his god. The four are ordinary people, the conditional "victims," who must hide from the Assassin and ultimately try to survive.

The game is very atmospheric and original in its own way, but the gaming community accepted the game rather reserved. The thing is that the gameplay turned out to be rather linear, repeating from time to time. Since then the developers have been actively updating the game, adding different elements that allow to diversify the gameplay. And now we got the mobile version of the Dead by Daylight Mobile game, with its limitations, but with its pluses as well. Let's see what the developers have succeeded.

How to play Dead by Daylight Mobile

The player will have to choose one side - either play as an assassin, or as a survivor. If we play as a survivor, we have to escape from the location, to do this we have to activate five generators and open the gates.

Generators are scattered all over the map, they take quite a long time to activate, and periodically the game will offer you a reaction test - suddenly a button appears, then a scale, along which a slider moves, and we have to stop the slider in the specified area. Fail the test - the generator shorted, the recovery stopped, and the assassin recognized your location. In addition, your allies will help, heal and also escape from the hands of the maniac. Also the killer can be stunned for a short time or delayed by an obstacle.

You have to run and hide, and then go back to the generator again and continue recovery. The last survivor left on the map after activating the gate must jump into the hatch, not into the gate - such are the Entity's rules.

Each survivor will be able to advance the distance to the maniac by heartbeat. As the killer approaches, the heartbeat will become faster, creating, among other things, an atmosphere of despair. 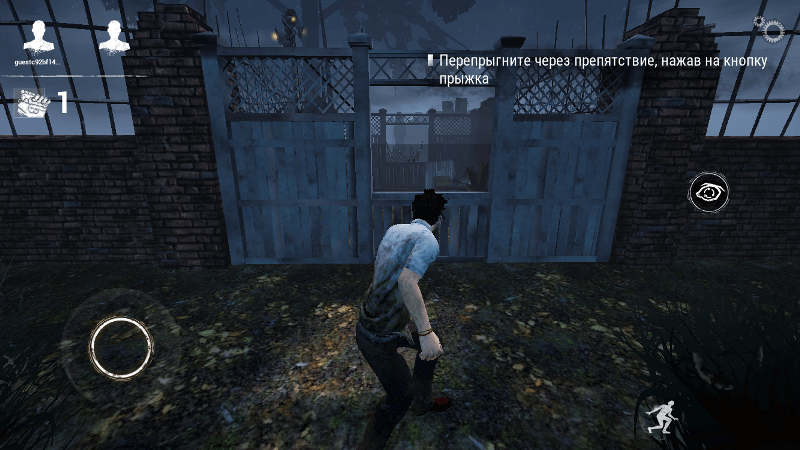 And the actual goal and task of the maniac is clear - to kill everyone who moves and runs.

Survivors in Dead by Daylight Mobile

High complexity of the game:

It is considered the "face" of the game because it is available from the beginning, and a lot of players seem to find it cute. The game's low difficulty:

The low difficulty of the game, the starting character with whom we go through the training:

Further characters have to be unlocked, because the previous ones were available from the beginning.

Low game difficulty, one of the coolest characters in the game because of skills:

I suppose that too, is a pretty good character to play solo, but you need to pump up to level 40. Medium difficulty game:

High complexity of the game: 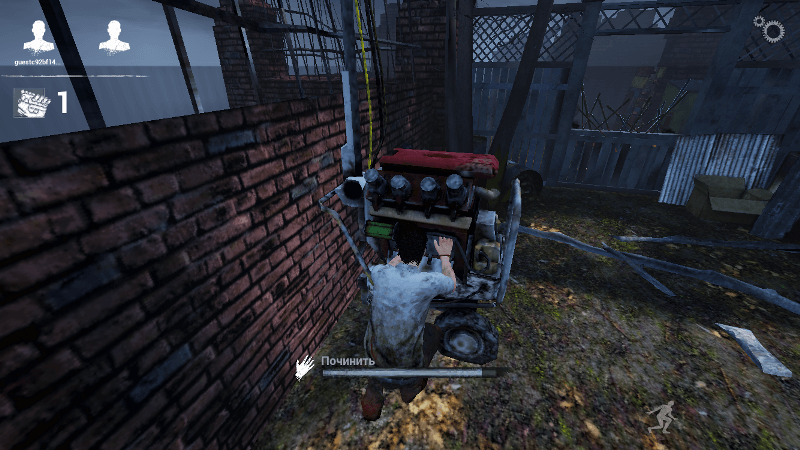 Killer (sometimes called maniacs) has a hard time - the area of the location is large, the survivors can move secretly and hide, and generators on the map so many that keep track of everything is impossible. So he runs faster than the victims, sees their failures, plus he is helped by crows and various objects.

The killer strikes the victim twice - after the first wound the victim begins to bleed and leave a trail behind him, by which he can be identified. And the victim starts to run even slower. After the second wound the victim can only crawl, and the murderer can (must) lift it on his shoulder, bring it to the nearest hook and put the wounded character on it.

It happens with wild screaming and blood (which flows more in one game than in a Tarantino movie), after which the "survivor" only has to wait for his fate - either he will be taken off the hook by "their" people, or he will be devoured by the Essence, and then the player is out of the game. Between blows, the killer pauses, like wiping the knife, and the victim can take advantage of this moment to escape.

Maniacs in Dead by Daylight Mobile

A starting character with a low level of play, puts traps:

Frightening maniac with a chainsaw, low level of play:

Not at all the kind of guy you want to meet outside the circus (and in the circus, too). Spreads gas, average level of play:

Maniac with special skills, average level of play. Came into the game straight from the TV series "Very Strange Things:

A killer who needs no introduction, popularly known as "The Scream". He also has special skills:

Can run fast and hit multiple survivors in a row. Average level of play:

High level of play, knows how to teleport:

High level play, hits with electricity and sends you into a frenzy:

High level of play, knows how to teleport: 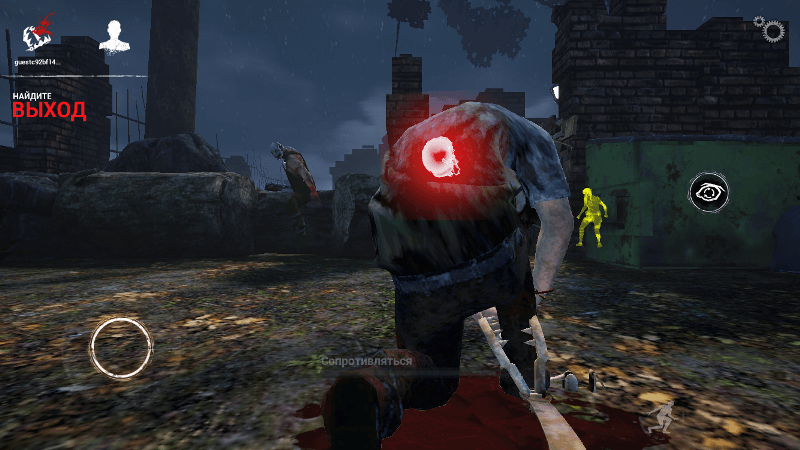 As you understand, the main task of the survivors is to maximize synergy in the game together and cooperate, you can not pass this game solo. It should be understood that the victims have some skills that help them survive and hide, so they are not defenseless pieces of meat, and they also have some advantages.

From myself I would add that at first the game seemed to me extremely atmospheric and overly creepy - the first launch was really scary, and the process of putting on a hook in general a kind of sadistic. Then, when you start to concentrate on the gameplay (and play without headphones, which is not always correct, because you can't hear the audio cues), the execution is no longer perceived as violence, but as a game situation.

So then think about the fact that games make people violent.

Tactics in Dead by Daylight

Play as a team

You can't win this game solo - it becomes clear right after the first meeting with the killer. That's why it's necessary to run and hide, but at the same time to control your colleagues all the time. Well, and in time to take them off the hooks, to heal, to cooperate in repairing generators.

Since you'll be playing with people you don't know, and you won't know their picks (character choices), you need to take effective characters. Start with Meg, for example, and then try to switch to Claudette. True, you need to get up to level 40 to use all her skills, but that's even better - at the same time learn the mechanics of the game. Another good option is William Overbeck, he can get up once per game, which helps to survive encounters with assassins more easily.

But don't switch between heroes too often. Try to pump one hero to the maximum, to equip in the maximum perks. Over time, you can learn other characters.

The game has a trading floor, called "Blood Market". The point is simple - you buy items that will help you in battle. True, they have a big price tag, so don't be overzealous - one or two items before each game will be enough. That said, I recommend that you don't buy them until you have at least once saved yourself in the game. Because without knowing at least the simplest mechanics of the game, you don't need to complicate the gameplay at all. 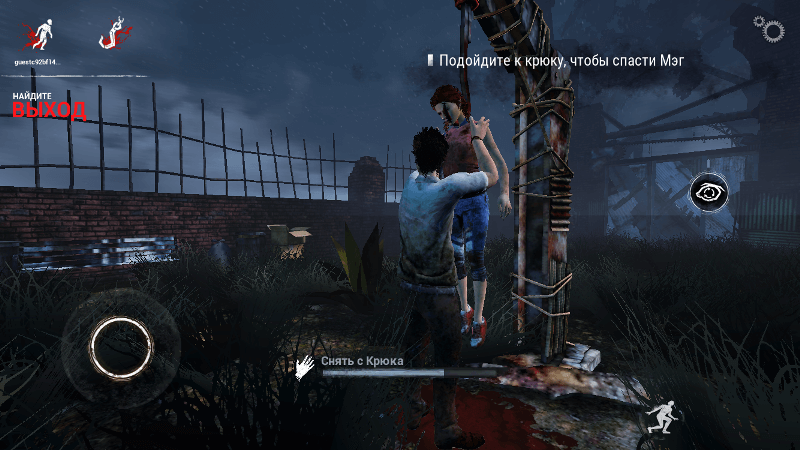 Hooks are more important than generators

If someone is put on the hook, it is better to quit fixing the generator and help a teammate. There are many reasons for this:

Generally, this kind of thing is resorted to by more experienced players, but such "rules of good manners" should be nurtured from the beginning. Usually assassins hang on a hook and hang out somewhere nearby, waiting for helpers. So, if the assassin is nearby, you have to hang and not move too much. Then your teammates will understand that the maniac is somewhere near and will be engaged in repairing the generator. If there's no maniac, then you have to try to give a signal to your teammates - start wriggling on the hook, but remember, don't be too hard, you have limited time. Once again:

It is clear that the maniac is reading this, too. So just be careful.

Use the elements of the world around you wisely

Remember that the survivor has a third-person view, while the assassin has a first-person view. This means that he will have a harder time navigating because of the low angle of view. You need to take advantage of that. Especially on maps where there is a kind of maze with obstacles. The logic of the player who has just started playing Dead by Daylight is very simple - I run away and prevent him from catching up. Try to run in this maze, because the killer is also likely to get on your tail and will try to catch up, remembering that his movement speed is higher. So, while running from the assassin, you are stalling for time - at this point, your teammates are winding up the generator somewhere.

But running is not always an escape. Sometimes you have to survive. And to do that, you have to use tall grass, walls, fences to hide. Also, running is more audible and leaves traces that the killer can see.

And I will add already for laughs. It's not the use of objects in the game, but the use of AFK (like the connection is broken or just a person not playing) as an advantage in the game. Check it out)

This advice follows from the previous one - to run well, you need to adjust the controls. The camera here flies strangely, it takes some getting used to (not like in PUBG Mobile, for example). I set the sensitivity to 14% to better control visibility and movement.